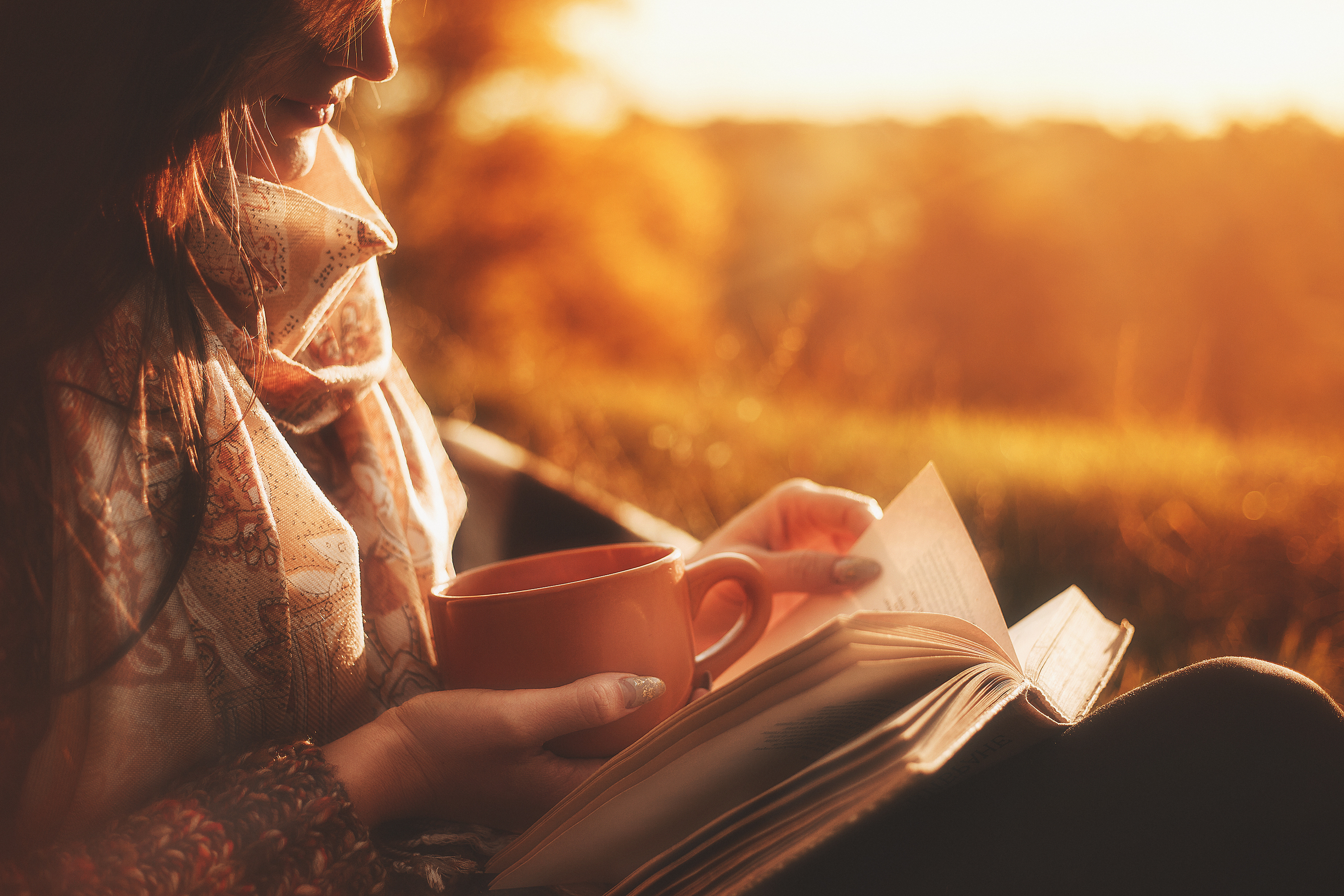 The summer is almost over (boo), meaning you’re almost out of time to finish that summer reading list. But hear me out – reading is an activity that can continue into the fall or even (gasp!) winter.  With the 2018 midterms coming up (are you registered?), it’s time to dig up your old p*ssy hat and re-up on your feminism. Fall is the most feminist season, after all. (Okay, okay, all seasons are feminist don’t @ me.) With that in mind, here are ten books that will help you get into the “nevertheless she persisted” mind frame before the weather gets too cold.

10. ‘The Female Persuasion’ by Meg Wolitzer

Vogue called this book “ultra-readable,” which is like, a pretty clutch compliment for a book. This novel by Meg Wolitzer follows a shy college freshman as she meets whose life is forever changed after she hears a 63-year-old feminist activist speak on campus. If you ever thought about leaving your boyfriend to organize the next Women’s March, this one’s for you.

9. ‘When Life Gives You Lululemons’ by Lauren Weisberger

If something about this title gave you early 2000s Meryl Streep nostalgia, there’s good reason. This book is Lauren Weisberger’s long anticipated follow-up to The Devil Wears Prada, and it follows Emily (aka Emily Blunt’s character) and her post-Miranda Priestly career as a high-end image consultant in Greenwich, CT. Will Miranda make an appearance? Is Emily off the cube-of-cheese diet? You gotta read it to find out.

8. ‘Not That Bad: Dispatches From Rape Culture’ edited by Roxane Gay

If the #MeToo era taught us anything, it’s that rape culture is real (duh) and we’re going to need a lot of brave women telling their stories to finally overcome it. Self-proclaimed “bad feminist” Roxane Gay organized and edited this collection of original and previously published pieces that address living in a world where rape culture is a daily part of women’s lives. With essays from stars like Gabrielle Union, this collection will laughing, crying, and mad as hell.

7. ‘Together We Rise: Behind The Scenes At The Protest Heard Around The World’ by The Women’s March Organizers

Remember how the Women’s March was like, the best day ever after the worst day ever? Published on the one year anniversary of the largest global protest in history, Together We Rise is a collection of essays that provide an inside look on how the march was organized. With essays from the likes of America Ferrerra, Yara Shahidi, Ilana Glazer and the one-and-only Maxine Waters, this book will have you feeling nostalgic for 2017, which should be literally impossible.

6. ‘Choose Your Own Disaster’ by Dana Schwartz

If you’ve ever described yourself as a “hot mess” or a “garbage person”, this memoir is for you. Dana Schwartz’s stories about all her terrible life decisions will make you feel a lot better about yours, or at least let you know you’re not alone.

5. ‘F*cked: Being Sexually Explorative And Self-Confident In A World That’s Screwed’ by Krystyna Hutchinson and Corinne Fisher

You might recognize Krystyna Hutchinson and Corinne Fisher from their hit anti slut-shaming podcast Guys We F*cked, and now they’re taking on the female sexual revolution in book form. F*cked tackles a mix of “raw, ridiculous, and serious sexual conversations” to help drive the point home that ain’t nobody got time to be ashamed of their sex life.

If you’re a fan of The Handmaid’s Tale (or just a fan our our recaps) strap the f*ck in because Vox is for you. Set in a too-close-for-comfort dystopian America, Vox explores a world in which women are only allowed to speak 100 words a day, and the brave scientist who takes it down. Once you start reading this one you’ll only put it down to check Twitter to make sure it’s not actually real.

3. ‘Feminasty: The Complicated Woman’s Guide To Surviving The Patriarchy Without Drinking Herself To Death’ by Erin Gibson

We dare you to find a more relatable book title. Comedian and Throwing Shade podcast host Erin Gibson gave us the gift of this collection of omg-I’m-literally-dying level hilarious essays that tackle the “hidden rules that make life as a woman harder.” Not only will you learn sh*t, but you’ll also laugh a lot. What could be better than that?

Here’s another book that’s not out yet but you’re going to want to pre-order ASAP. Becoming by Michelle Obama is a “deeply personal” book about Michelle, her roots, and hopefully a few style tips/arm exercise guides (though I doubt it.) I mean, we don’t need to tell you why a book by Michelle deserves to be on your shelf (or in your Kindle), but maybe it’ll help you actually go high when your ex goes low.

1.‘When’s Happy Hour?: Work Hard So You Can Hardly Work’ by Betches

Did we just make ourselves number one on our own fall reading list above Michelle Obama? F*ck yes we did. Wanna know why? Because betches lean in, and you can too with the career advice book you’ve literally always been waiting for. Wanna take charge and be the boss of your career while still maintaining a social life? This is the book for you. Also our last two books were New York Times bestsellers soooo you’re probs gonna wanna pre order that now.