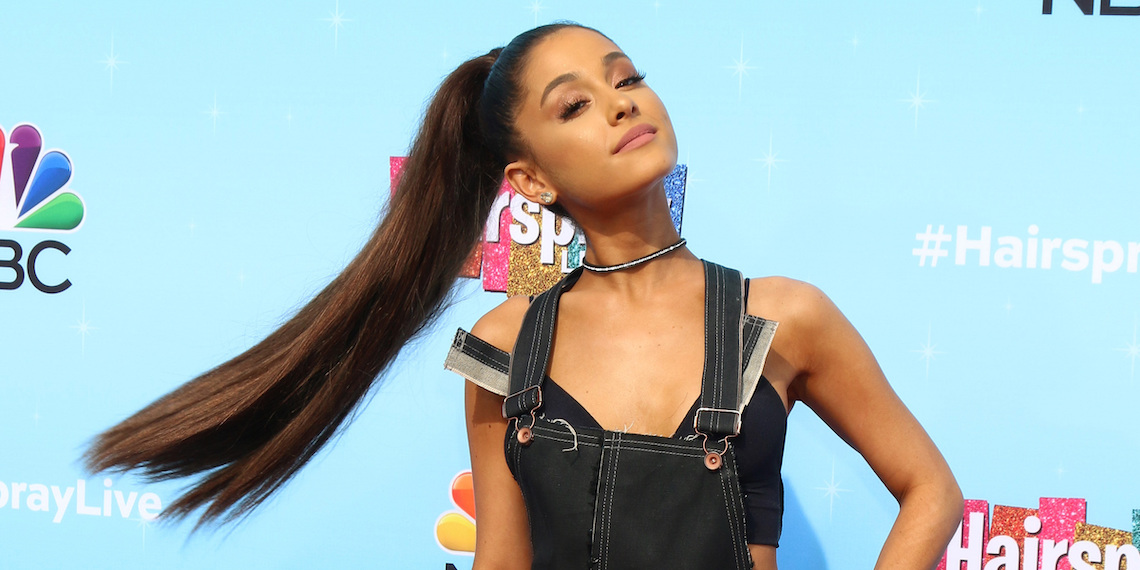 The Evolution Of Ariana Grande’s Ponytail

Over the past year or so, we’ve experienced Ariana Grande’s rise from a mid-tier pop star with a few big hits to one of the biggest stars in the world. She had a whirlwind year in her professional career, her personal life, and she’s currently running herself ragged on a world tour. One thing that hasn’t changed, however, is Ariana’s trusty ponytail. Ari and her pony have been going strong for years, and it’s one relationship that I don’t see ending anytime soon.

Today, in honor of Ariana Grande’s 26th birthday, let’s take a look back at the evolution of the most famous ponytail in the world. From its days as a young ponytail, full of hopes and dreams, to a strong, confident pony taking over the world, it’s really been a journey.

Early in her career, Ariana Grande was best known for her iconic work on the Nickelodeon shows Victorious and Sam & Cat. On the show, her character had bright red hair, so Ariana dyed her hair red in real life for years. Honestly, my roots hurt just thinking about this. Still, there’s our beloved ponytail, just waiting for its moment in the spotlight. You’ll notice it hasn’t taken its rightful place on the very top of Ariana’s head yet. This pony looks like a kindergartener on her first day of school, still a little shy, and waiting to come out and play. An introverted ponytail, if you will.

As you can see, by 2013 Ariana’s ponytail had moved considerably higher by this point, with the big, loose curls that she loved when she was younger. Gone was the shyness of that red pony in the last photo. This was the beginning of pop star power pony—large and in charge, and destined to do big things. But really, the best thing about this is the entire 2013 Instagram aesthetic. The angle. The photo quality. The caption. :D. I’m deceased.

As you can see, Ariana Grande looked almost exactly the same in 2014 as she does now. You could tell me this is a photo from last week and I would believe it. The only thing that’s really changed is that she doesn’t drape her hair over her shoulders like a curtain anymore, as she’s doing here in 2014. That pony is fully a creature just living its best life up there. It could not be tamed, no matter how sweaty it makes her shoulders. But we all have to sacrifice for our beauty at some point, and I suppose sweaty shoulders was the sacrifice Ariana had to make back in this era.

I’m mostly including this photo because seeing Ariana Grande and Big Sean is physically jarring to me, but that’s not the only reason. This was an important period for Ariana, because she was in a half up, half down phase with her hair. Technically, the ponytail never went away, but this is still a pretty big departure. Also, this is just a shocking amount of hair. I have no idea how much of this is actually hers vs. extensions—probably mostly extensions. That has got to be heavy. I also wonder, does her real ponytail get jealous when Ari gets extensions? I feel like the ponytail must get jealous.

Bangs. Bangs!!! I had completely forgotten about Ariana’s bangs phase, but I kind of love it. Not gonna lie, the ponytail can get a little boring sometimes (I still love u ponytail), and the bangs were a smart and noncommittal way to switch it up without actually letting her hair down. Everyone goes through a bangs phase at some point, and Ariana pulled it off better than most. RIP bangs, 2016-2016. You had a decent run, but the ponytail asserted its dominance over Ariana’s head and was the last one standing.

As you’ll see in the next few photos, Ariana Grande’s look literally has not changed since the end of 2016. The tan is deep, and the pony is high and LONGGGGG. I feel confident saying that this ponytail is mostly extensions, but obviously the expensive kind. I’m still waiting on official confirmation of how she could go to the bathroom with a ponytail that long. Maybe the ponytail just instinctively knows when to make itself shorter and longer? It’s so big, it has to have its own thoughts and feelings at this point.

I could literally copy and paste everything I wrote for the photo before this, but apparently that’s lazy? Honestly though, Ariana Grande is lazy with her hair, though, so it fits. This is a classic example of Ariana’s ponytail demanding to be the center of attention. Ari usually doesn’t do the shoulder drape anymore, but here the pony refused to be relegated to the background. Pony, you’re doing amazing sweetie.

Happy 2019! I love this photo of Ariana and her best friend Pony. They both look great here, such a cute photo. As you can see, very little has changed, except that she’s added in some crimped texture and maybe a few more highlights. Is it 2004 again? Adventurous. I guess when you’re the most followed woman on Instagram, there’s not a lot of incentive to switch things up. We’re all just trying to find our signature style, and Ari figured hers out early. Should I…get a ponytail down to my ass? Lmk in the comments.

Happy birthday Ari, I hope you and your ponytail have a great day!