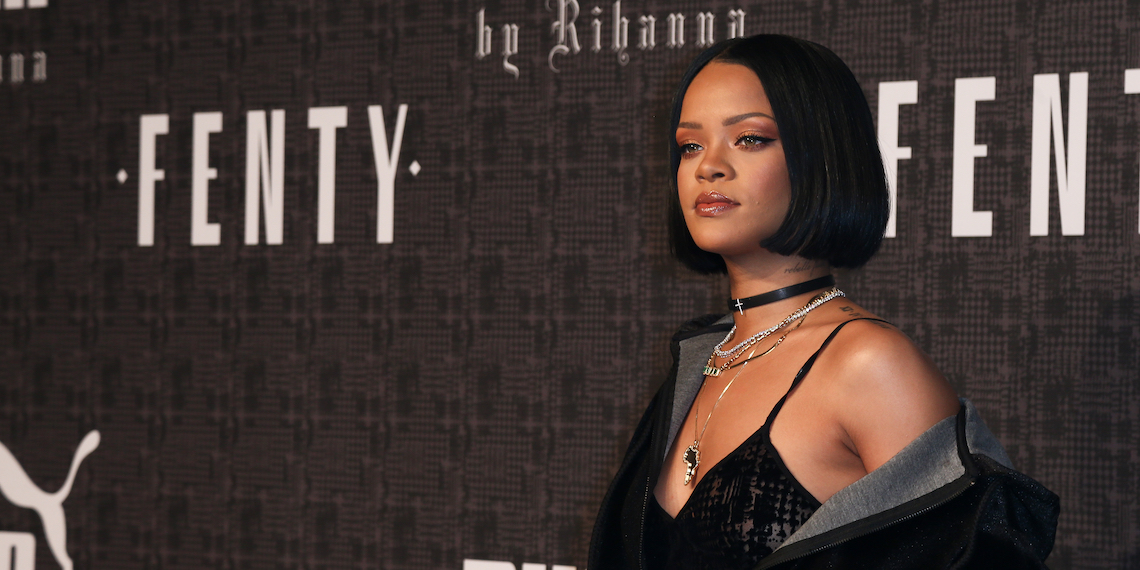 Everything You Need To Know About Fenty, Rihanna’s New Fashion Brand

Earlier this month, LVMH announced the “fast approaching launch” of Fenty, a new luxury fashion brand developed by none other than Rihanna. If you’re not familiar, LVMH (which stands for Louis Vuitton – Moët Hennessy) is a luxury conglomerate that owns dozens of world-famous high-end brands, including Christian Dior, Fendi, and Sephora. Basically, they’re the cream of the crop in the luxury world, and they’re giving Rihanna her own luxury fashion label.

This is a huge deal for a few reasons. LVMH hasn’t started a new brand from scratch since 1987, and Rihanna is both the first woman to start a new LVMH brand AND the first woman of color to ever run an LVMH brand. They’re placing a lot of trust in Rihanna to make Fenty a success, and her track record suggests that she definitely will. Fenty is scheduled to have its official launch in Paris on Wednesday, so here are some of the biggest questions that we still have about Rihanna’s new brand.

What Exactly Are We Getting?

LVMH has promised that Fenty Maison will be creating ready-to-wear clothing, as well as accessories including shoes, sunglasses, and jewelry. In one of the photos from Rihanna’s New York Times Magazine photoshoot, we get a good look at some sunglasses that are definitely too cool for me, but I still want to know more. Is it only women’s for now, or will the line have men’s or unisex pieces? Will the first launch be just a few styles of each item, or a complete collection with lots to choose from? And speaking of accessories, will there be handbags?

How Expensive Will It Be?

For me, the price point of Fenty is the biggest question that remains to be answered. LVMH is mainly a luxury goods conglomerate, but their brands range wildly in price, from mid-level price point designers like Marc Jacobs and Kenzo, to the top of the top like Givenchy, Dior, and Céline. LVMH specifically announced Fenty as a “luxury Maison,” so I’m expecting it to be a lot pricier than Rihanna’s past collabs with brands like Puma and River Island, but it remains to be seen just how luxe the prices will be. Should I be eating ramen noodles for two meals a day to afford this sh*t, or just one? Rihanna, I really desperately need to know this information.

How Much Is Rihanna Actually Doing?

Rihanna is obviously an incredibly talented creative/visionary, but we don’t really know about her skills and experience as a fashion designer. According to LVMH, the brand is “developed” by Rihanna, which is a much different word that “designed.” According to LVMH CEO Bernard Arnault, “Everybody knows Rihanna as a wonderful singer, but through our partnership at Fenty Beauty, I discovered a true entrepreneur, a real CEO and a terrific leader. She naturally finds her full place within LVMH.” These are very kind words, but Rihanna is definitely more on the business side of things here.

According to reports, Rihanna is investing around 30 million Euros worth of resources in the project for a 49.99% ownership stake, while LVMH is matching that with 30 million actual Euros for the other half of the ownership. By “resources,” I mean Rihanna is giving the brand her image, her time, and exposure to her 70 million Instagram followers. Seems like a fair trade to me.

Will It Be Readily Available?

For all of us dedicated Rihanna fans out there, this is another burning question. Will Fenty be widely available in stores and online, or will it be like Kanye West’s Yeezy collections, where people are fighting each other to get their hands on overpriced sneakers? If Fenty is being run like another traditional luxury brand, it seems like the collections should be available at luxury department stores like Saks and Bloomingdale’s, but it doesn’t look like there’s been any official word about this yet. Basically, when and where do I have to camp out to get my hands on the clothes?

Spring into Savage! ✖️Make a statement in the bold new #iamSavage styles! ?

In her recent projects, Rihanna has been all about representation. First, with her Fenty Beauty line, she revolutionized diversity requirements for her products, with a minimum of 40 foundation shades. She kept this positive momentum going with her Savage x Fenty lingerie collaboration, which contains sizes up to 3XL, as well as seven different shades of nude. With this in mind, I would hope that Rihanna has maintained this inclusive mindset in her transition to luxury fashion, which has traditionally been slow to adapt to changes in the industry. When the collection is presented tomorrow, we should get a better idea of this.

When Is The Album Coming?

Not that I’m counting, but it’s now been 1,209 days since Rihanna’s last album came out. I. Am. Hungry. Fans have obviously been begging Rihanna to release new music for years now, and she’s made some vague comments about how new music is coming soon, or this year, but we don’t actually know what this means. If there’s anyone that can juggle lots of projects, it’s Rihanna, but her focus on Fenty makes me nervous that music will get pushed to the back burner again. Rihanna, if you’re reading this (long shot, but whatever), please please please send any hint about when I can expect a new single. It’s my birthday on Saturday, and this is all I want.