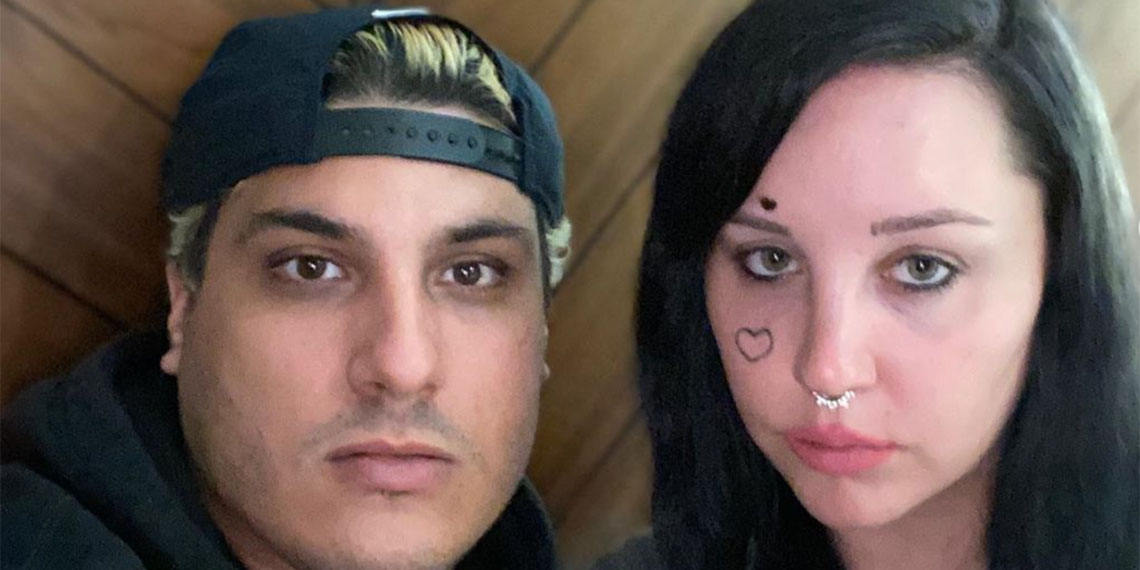 UPDATE: Well, how the turn tables have… On Sunday night, E! News broke the story that Amanda Bynes’ engagement to Pol has sadly ended after three weeks. I mean, who could have possibly seen this coming? I mean, everyone, but still, that happened fast. There aren’t many details about the split, but Amanda seemed to confirm the news when she deleted all the posts about Pol from her Instagram. (Thanks to the power of the internet, all the posts are preserved below!)

Now that Amanda is single again, what’s next? Theoretically her clothing line is still happening, so hopefully she’ll circle back with some updates on that soon. As for her personal life, she’s still under a conservatorship until at least this summer, and she’s doing outpatient treatment at a facility that she said costs $5200 a month. In another video, she said that she wants to switch to therapy that her insurance will cover, but the conservatorship doesn’t allow her to make that choice. Clearly, she has a lot to figure out right now, but hopefully things start looking up soon.

ORIGINAL ARTICLE: So far, 2020 has been a year full of surprises. Billie Eilish won all the Grammys, The Bachelor has *actually* had the most dramatic season ever, and I did my taxes two full months before they’re due. Surprising developments all around. But perhaps nothing has been more surprising than Amanda Bynes getting engaged. In the past week, we’ve slowly gotten more information about wtf is going on in her life, but we’re still left with more questions than answers.

On Valentine’s Day, Amanda shocked us all when she posted this photo, featuring a gigantic diamond ring and the caption “Engaged to the love of my life.” No less than five people DMed this photo to me asking for answers, and reader, I regret to tell you that I had no answers! By all accounts, there was no record of anyone that Amanda Bynes had dated recently, so the engagement truly did come out of nowhere. And really, for the first day or so, I wasn’t even convinced that the engagement was real. I don’t even know if I’m 100% convinced now! Idk, sh*t is weird.

After seeing this photo, I was thirsty for information, mainly about what man Amanda Bynes found that could afford a ring like that, and does he have a single brother? Luckily, Amanda didn’t make us wait too long to start getting a little more information, because she started posting videos on her Instagram, but there’s still much to be cleared up.

Who Is This Guy?

After posting a few photos of her man this week, Amanda Bynes really blessed us on Thursday night, with a video introduction. No lie, I’ve watched this like, 40 times, and I have no regrets. It is ART. His name is Paul, but Amanda kind of pronounces it like “Pol,” which I love for her. Actually, I might just call him Pol from now on—it has more character. She says that he’s “drop dead gorgeous” (sure), and that they’ve both been sober for over a year. However erratic she can seem on social media, being sober for a year is a huge achievement, especially given the alarming reports a few months ago that she had fled her sober living facility.

We don’t know a lot about Pol (whose real name is Paul Michael), but an E! News source says that the two met in rehab, and have been dating for “two to three months.” I can’t say that sounds like a recipe for a life-long relationship, but I’m out here getting ghosted left and right, so what do I know?

Is That ANOTHER Face Tattoo?

I’m dismayed to report that, yes, it looks like Amanda Bynes has gotten a second face tattoo. I mean, why have one lopsided heart permanently inked on your face when you could have two? Unlike the first one, this second tattoo is smaller and completely filled in, which made me think it was a mole or something at first. But uh, it doesn’t really look like a mole, it looks like a tattoo. Ugh, Amanda, we were all rooting for you!! Pol, if you’re listening, please keep Amanda away from the tattoo shop.

Amanda Bynes is infamous for some wild tweets, and she feels bad about it, okay? In the video with Pol, she apologized “to everyone whom I called ugly on Twitter.” Someone please make a cross-stitch of that quote and mail it to me, thanks! She says that, at the time, she was feeling really ugly herself, and that she wasn’t able to express herself appropriately because she was “so drugged out.” I get it. I’ve watched eight seasons of Vanderpump Rules, so I’m very familiar with people rage texting when they’re f*cked up. It happens. Good for her for getting sober and apologizing for hurt she caused.

Amanda’s Instagram this week has really been the gift that keeps on giving—she posted two videos yesterday alone! The first one got less attention because Pol wasn’t in it, but there was still some really important information. In this one, she thanks her followers and supporters, and then drops a hint about where her career is at right now. She says she’s out to dinner with her friend and FIDM advisor Kathy (hey Kathy!), and that she’s “really looking forward” to starting her clothing line, and that it should be available online “in the near future.”

This is exciting news, considering that we really haven’t heard much about her fashion plans since her PAPER Magazine interview in late 2018. She graduated from FIDM last year, but considering the drama with her conservatorship in the fall, I wasn’t sure if a fashion career was still in the cards. Honestly, if she needs some cash, she should just put Amanda Show quotes on T-shirts, because everyone I know would buy the hell out of those.

Look, I really hope so. It’s really encouraging to hear her say that she (and her fiancé) are sober, and hopefully she can keep it up. She does seem happy right now, which hasn’t always been the case. Yesterday, Entertainment Tonight reported that, according to a source, Amanda’s parents have yet to meet her fiancé, but it’s hard to know if that’s true. And even if it is, we don’t know if Amanda is on the best terms with her parents. At this point, there’s really no way to know how this will turn out, but I’m hoping for the best.

Hopefully Amanda Bynes stays sober and happy, and I’ll stay tuned for that clothing line. In the mean time, Amanda, please PLEASE don’t get any more face tattoos. It’s all I ask.

UPDATE: It’s our lucky day, because Amanda Bynes is back with two more videos! Things with Pol seem to be going great, so let’s unpack what we learned this time.

Do The Paparazzi Photoshop Her Pics?

Before we get back to talking about Pol, let’s discuss this first video that Amanda posted on Thursday. In this one, she talks about her frustration with paparazzi photos of herself. She says that in every paparazzi pic, she looks completely different, with “16 chins.” Relatable. She claims that paparazzi services are actually Photoshopping pictures of her to look uglier, which, idk. I believe that she believes that, but I’m just not sure that’s a thing. Like, I’ve seen myself in the security camera at Target, and trust me, it looks nothing like my selfies.

Okay, But What About Pol?

After her video about the paparazzi, Amanda went back to talking about her drop dead gorgeous fiancé, Pol, who sadly had to go back to Monterey. This is actually so funny, because she says she shouldn’t have divulged his location, so she won’t post the video, but uhhh, here we are watching it. Amanda, you’re so silly! She says that he does the cutest baby voice, and then she shows us her own baby voice, and really I’ve never been closer to ripping my hair out. I never knew that hearing Amanda Bynes say “you’re so sexy I love you” with a lisp would be so triggering, but here we are. Hopefully Pol comes back from Monterey soon, because I feel like Amanda needs someone to hang out with.