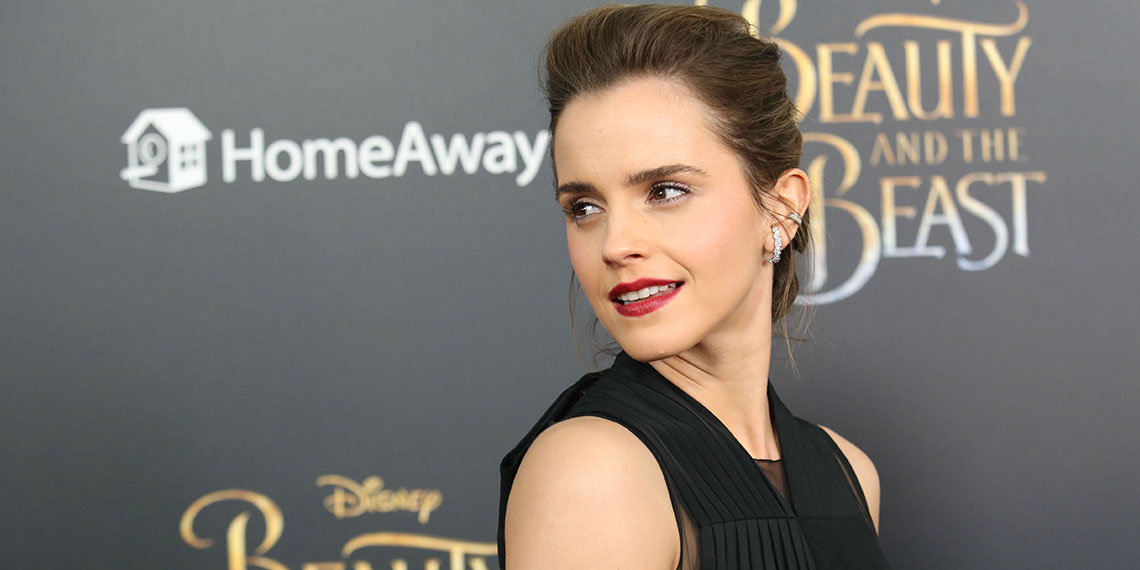 Emma Watson Wants To Rebrand Being Single As ‘Self-Partnered’

Time after time, we’ve seen ways that celebrities are just like us, and apparently that includes being on their bullsh*t about relationships. In a new interview with British Vogue, Emma Watson discussed how she’s feeling about life just a few months before her 30th birthday. Personally, I still think of Emma Watson as a 16-year-old Hogwarts student with frizzy hair, so it’s pretty jarring that she’s almost out of her 20s. Like, I feel very old right now. But anyway, back to her interview. She told the magazine that while she didn’t used to understand the big deal about turning 30, she started to feel it once she turned 29 earlier this year. She said, “If you have not built a home, if you do not have a husband, if you do not have a baby, and you are turning 30, and you’re not in some incredibly secure, stable place in your career, or you’re still figuring things out… There’s just this incredible amount of anxiety.”

Wow, so I feel like Emma Watson didn’t need to personally come for me like that, but I guess it’s comforting that even a huge celebrity like her feels the same societal pressure to have your sh*t together. But also, if Emma Watson does not consider herself at a stable place in her career, then what the f*ck am I doing? But from there, Emma Watson talked a bit more about her view on relationships, and that’s where she lost me. She said that it took her a long time to believe that anyone is really happy without a partner, but now said, “I’m very happy . I call it being self-partnered.”

Self-partnered? Really? I have a tendency to be kind of cynical when it comes to relationship talk, but this just made my eyes do a full 360-degree roll. I’m happy that Emma Watson is in a good place with herself, but this feels like some Goop “conscious uncoupling” type of bullsh*t. If there’s really nothing wrong with being single, just say you’re single! I can’t speak for everyone, but I’ve never thought of “single” as any kind of insult or negative concept, just a descriptive word to describe a relationship status (or lack thereof). So coming up with a fancier word that means the exact same thing doesn’t actually change the way you feel about your relationship status. If you’re sad about being single, you’re not going to feel any better about your self-partnership.

This need to rename and rebrand normal concepts like breakups and being single as fulfilling, spiritual journeys is a trend that’s popped up frequently in the social media era, when people are desperate to show that everything they do has substance. While I often just laugh at the pretentious language that influencers spout and keep scrolling, it’s not always so trivial. Just look at the whole idea of “wellness” and “self-care.” Sorry, but ordering $40 of food from Seamless for dinner isn’t some kind of radical statement about loving yourself, it just means you weren’t in the mood to cook dinner. Sometimes it’s just not that deep. These Instagram buzzwords originated as trendy ways to describe simple concepts around health and fitness, but they’ve contributed to a society that now spends trillions of dollars every year on wellness products, most of which don’t actually work (looking at you, Flat Tummy Tea).

The temptation to rebrand familiar concepts with Instagram-friendly terms isn’t limited to wellness. Earlier this year, Cosmopolitan declared that “zombie-ing” was the newest dating trend, supplanting ghosting as the behavior that sh*tty men could be expected to exhibit. As we pointed out, though, zombie-ing was quite similar to haunting, a term originated in 2016, and even then, the concept of a guy ghosting you then not leaving you alone wasn’t new. It can be fun to use new terms to describe a behavior, but there’s no reason to pretend that the behavior has not been done before.

Now, I’m not blaming Emma Watson for the toxic wellness culture in our society, or for Cosmo reinventing the wheel with their dating terms, and she didn’t even really do anything wrong here, but I still think the idea of self-partnership is dumb. Since her interview came out, she’s gotten unnecessary hate from plenty of sad white men on social media, who claim that she’s just too ugly or annoying to get a man. Yeah… I can objectively say: no. Emma Watson is gorgeous, her humanitarian work speaks for itself, and I’m sure she’s richer than any of us ever will be. I don’t think she’ll have any problem getting a man whenever she’s not feeling her self-partnership anymore.

Even if you are Emma Watson, telling people your partner is Emma Watson is pretty impressive. https://t.co/SJvNXcgpDo

But many more fans have taken to social media to applaud Emma’s attitude about relationships, saying that she’s helped them feel better about their own relationship situation, and that they too will refer to themselves as self-partnered from now on. Objectively, in the big picture, this is a good thing. So many people struggle with depression and mental health issues, and if Emma Watson’s words help them through a tough time, that’s great. But in general, we should focus more on how we’re feeling, rather than which empty buzzword we use to reframe those feelings. At the end of the day, single is single, and there’s nothing wrong with it.