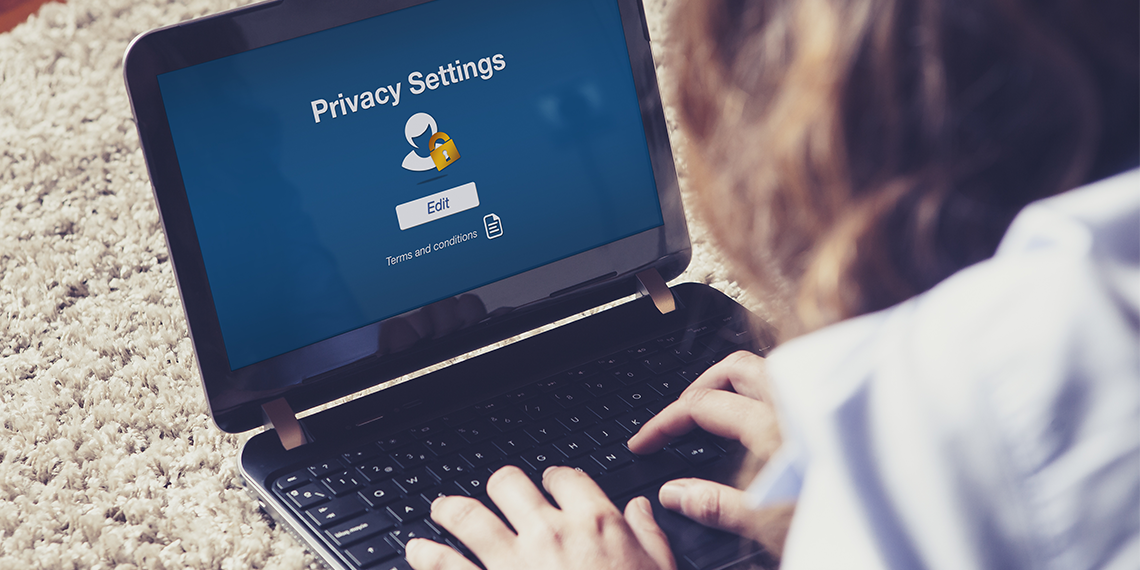 Here’s something you may have missed as the world has continued to crumble around you: a bill that would take away your internet privacy has reached the Senate floor. Very cute of our lawmakers to sneak in these lil’ easter eggs while we’re all distracted by a global pandemic.

The  proposed bill is called the Eliminating Abusive and Rampant Neglect of Interactive Technologies Act, aka the EARN IT Act. You may be looking at this and thinking, “I mean, eliminating abuse and neglect sounds like a good thing?” That’s true. This bill sounds nice. It markets itself as a bill that will help put an end to child pornography, which sounds awesome. But here’s the thing: the bill uses the fear of sexual exploitation and abuse to pass a law that will completely infringe on people’s privacy.

The bill was introduced by Sen. Lindsey Graham, which is honestly the first red flag. The EARN IT Act, in practice, would eliminate end-to-end encrypted services. K, wtf are end-to-end encrypted services? Valid question. End-to-end encryption (E2EE) is a method of secure communication that prevents third-parties from accessing data while it’s transferred from one end system or device to another. In layman’s terms, it’s what keeps your conversations and data private and between you and the person you are communicating with online. Think of it this way: do you want the government to read through your DMs?

Decriminalize Sex Work, a national advocacy organization, made an animated short that breaks down why this bill is dangerous:

This isn’t the first bill of its kind. In 2018, the Fight Online Sex Trafficking Act and the Stop Enabling Sex Traffickers Act, collectively known as FOSTA-SESTA, was passed under the guise of cracking down on sex trafficking. At face value, FOSTA-SESTA is meant to stop sex traffickers from using the internet to conduct their heinous crimes. However, when you look more closely, you’ll see that it prohibits anyone from using the internet to advertise sexual services, including consenting adults who are trying to go about their business safely.

Many consensual sex workers use the internet to find and screen clients before meeting them, as well as a way to form community and check in with each other about which clients are safe and which are not. So, taking this resource away removed a safety net from sex workers. Sex workers have been put in harm’s way because of FOSTA-SESTA, and this could go even further with the EARN IT Act.

Think about it: if a sex worker’s client knows they could be caught by the authorities because the government is allowed to look at their private messages, they’re probably not going to be as willing to communicate with the sex worker prior to meeting and provide information to let them know they are safe and not a predator. Privacy violations like this leave sex workers without safety resources and push consensual sex work underground, making it much more dangerous.

But it’s not just sex workers who will be affected by the EARN IT Act. There are plenty of communications that should be kept private, like those between lawyer and client, therapist and patient, doctor and patient, etc. So many of our interactions are online these days, especially with quarantine, and many of those private conversations should be kept that way. Also, I don’t want people accessing my nudes for free!

Bills like this often pass unanimously because lawmakers don’t want to look like they’re easy on sex trafficking or child pornography. But the gag is that that’s not what these bills are really about. They’re about gaining access to private interactions so they can use them as proof to criminalize.

If you want to protect your privacy and the privacy of those whose livelihoods depend on it, call your senators and ask them to vote against this bill. And if you want to send them an email,  here is a link to help you easily do that!