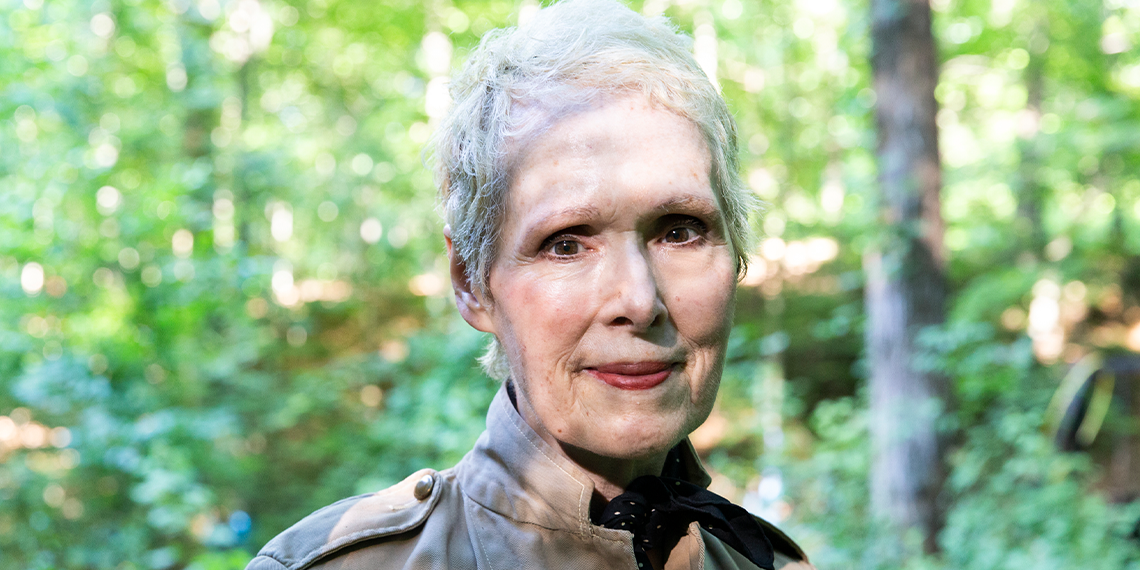 Advice columnist and writer E. Jean Carroll made headlines last summer after she came out with her own story of surviving sexual assault when she accused President Trump of raping her in the dressing room of a Bergdorf Goodman in the mid-1990s.

She says that she was afraid to come forward for years out of fear for her reputation and also potential legal actions from Trump, but she was inspired by the #MeToo Movement and the accounts of more than 25 women who have come forward to accuse the president of assault. Of course, Trump vehemently denies this claim, tweeting that she’s “not his type.” Not the best way to handle an accusation, but we can’t be shocked at anything now.

Carroll has chosen not to characterize her experience as rape. She elaborated on why in our discussion on the Sup podcast last July.

Carroll is moving forward with her allegations against Trump, now asking his team to provide a sample of his DNA that she can test to determine if it is his genetic material on the dress she wore during the encounter. This comes after they had the DNA of other men tested — with 0% match. She’s only reportedly worn this dress one other time since this attack, which was when she was photographed for the article where she came forward with this accusation.

The dress has been tested. We have the results. My attorney @kaplanrobbie has served notice to @realDonaldTrump's attorney to submit a sample of Trump's DNA.https://t.co/iIM6kQZxuX

She said in a statement  that “unidentified male DNA on the dress could prove that Donald Trump not only knows who I am, but also that he violently assaulted me in a dressing room at Bergdorf Goodman and then defamed me by lying about it and impugning my character.” Though in the event Trump does comply and his DNA appears on the dress, he’ll likely just claim the encounter was consensual.

Either way, there is definitely something going on with Presidents dealing with impeachments and DNA-stained-dresses at the same time...

Of course, Trump’s team hasn’t responded yet — but hey, we’ll give them the slightest benefit of the doubt because their emails may be busy with you know, the impeachment and all, but this is definitely a case worth following.

Despite Trump’s initial attempt to dismiss this story as ‘fiction,’ his claim that he never met Carroll was immediately shot down with photographic evidence of them together at a party.

Also, just an FYI: asking for a DNA sample is a completely normal request for an investigation — just ask anyone who has seen an episode of Law & Order: SVU.