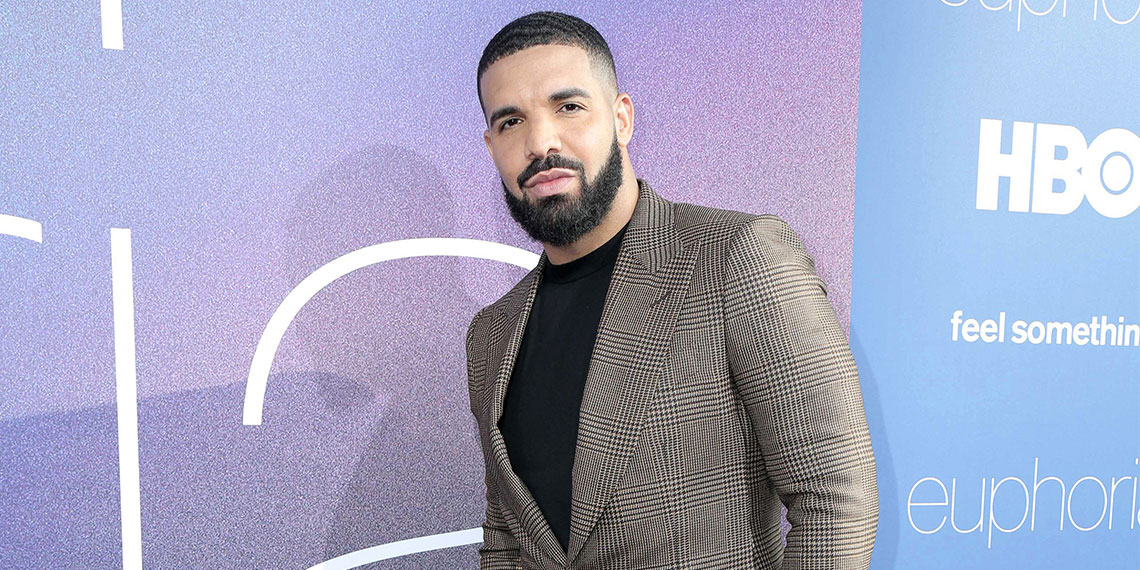 The coronavirus pandemic has affected pretty much everything, and you don’t need me to tell you that. But aside from the most serious things happening in the world right now, one of the most interesting effects of all this alone time is that celebrities who normally keep things private are coming out of the woodwork on social media. Of course, there are the ones making mediocre TikToks and doing concerts on Instagram Live, but some are giving us a more intimate look at their lives than we would ever get normally. In particular, Drake took this opportunity to post photos of his son for the first time ever.

While Drake posts regularly on Instagram, his posts are usually either promo or like, paparazzi pics of him walking somewhere with an entourage. But this post is very different. Drake’s son, Adonis, was born in 2017, and this is the first time we’re actually getting to see him. The background 0n Drake and his son is actually pretty messy, which is part of the reason why this post is getting so much attention. Basically, Adonis’ mother is a French woman named Sophie Brussaux, who used to do adult films. Obviously, she and Drake had some kind of relationship in the past, but they were never, like, together. Adonis was born in October of 2017, and for months after that, there were rumors that Drake was his father, but he never publicly commented on it.

Then, in May 2018, Pusha T dropped “The Story of Adidon,” a diss track aimed squarely at Drake, in which he accused him of being a deadbeat dad to his son, and called him out for allegedly planning to reveal his son as part of an Adidas collab, saying “Adonis is your son, and he deserves more than an Adidas press run.” In the song, Pusha T also made claims about Drake’s blackness and his relationship with his father, cutting deep to some of Drake’s most personal issues. It was a pretty brutal diss, and Drake had no choice but to respond. That summer, he admitted on his album Scorpion that “the kid is mine.”

Drake has definitely been an active father figure to his son since then, but obviously we haven’t gotten to see them together until now. Drake’s Instagram post has several photos of Adonis, including my favorite one, of him in a toy Range Rover with a teddy bear that’s bigger than he is. This kid is seriously adorable, and I’m glad Drake finally decided to show him off.

What is most important for you right now is to connect to your own inner light. This will create the biggest opening of all. Trust that you have all of the power within to make this happen, and in order to do that connect to the people and things that bring you a lot of joy. When the mind starts to move into overthinking or fear, shift your attention right away to something bright. It doesn’t matter what has happened in the past or what is happening around us now, you can always make the choice to break free of the wheel of suffering and panic and open up to your own light. We are powerful manifestors , so once you make the choice in the moment to shift your awareness to something good, it will show you in your reality. Be conscious, especially right now of fears coming in from others, and recognize that not everything should be held by you. Laughter is your best medicine, but tears can also be a powerful release. Let go of any judgment you may have around that. Remember that you are never alone, and if you need to be reminded of that ask for support and it will show up. Everything comes down to intention, and even though there are conflicting energies circling around us you must KNOW…It will rebuild. But in order for that to happen, you have to do exactly that. Trust. You have the biggest heart and that is your greatest gift. It’s impossible to always control your surroundings, but when you shift the focus to how you want to feel, everything will conspire to assist you. I love and miss my beautiful family and friends and I can’t wait for the joyful day when we are all able to reunite. Until then please keep your lights on. 🤍

To go with the photos, Drake shared a caption that I can only describe as a generous helping of word salad, which I think is supposed to be an open letter to his son? Maybe? I don’t know. He says it’s important right now to “connect to your own inner light” and that “you have all the power within to make this happen.” Okay, so I have no idea what “this” is, but I guess we could all stand to focus on positivity right now.

The next part is about how “you can always make the choice to break free of the wheel of suffering,” which I’m not sure I really agree with, but whatever, Drake is way more successful than me. The whole thing mostly boils down to focusing on positive energy and trusting that things will turn out okay in the end. Drizzy assures us that “when you shift the focus to how you want to feel, everything will conspire to assist you.” Great, so I’ll just throw out there that I *want to feel* like a billionaire—universe, do your thing! As one of the most cynical people in the world, this was a tough caption for me to get through, but it feels very on-brand for Drake.

I’m already imagining the post-quarantine Drake song that’s going to come out of this, and I can already tell it’s going to be a sad boy banger. He’ll definitely include some version of the line “laughter is your best medicine, but tears can also be a powerful release”, calling it now. If Drake gets his son to say something on the track, that sh*t will go number-one for sure.

At the end of the caption, Drake says he loves and misses his “beautiful family and friends,” and can’t wait to reunite. Okay, so for all the nonsense that I just broke down above, I feel like the intent of this post is really sweet, and I’m not mad about it. Drake’s personal life hasn’t always been a smooth ride, but it’s clear that he loves his son a lot, and all of a sudden I’m crying. It’s definitely the seasonal allergies, it’s fine.

So if you’re feeling down about everything that’s going on right now, maybe try talking Drake’s advice and channeling some positive energy. Sadly, it probably won’t make you rich and famous, but your anxiety might chill out a little. But in addition to connecting with your inner light, make sure you’re social distancing and washing your hands—all the positive vibes in the world don’t take the place of good hygiene.