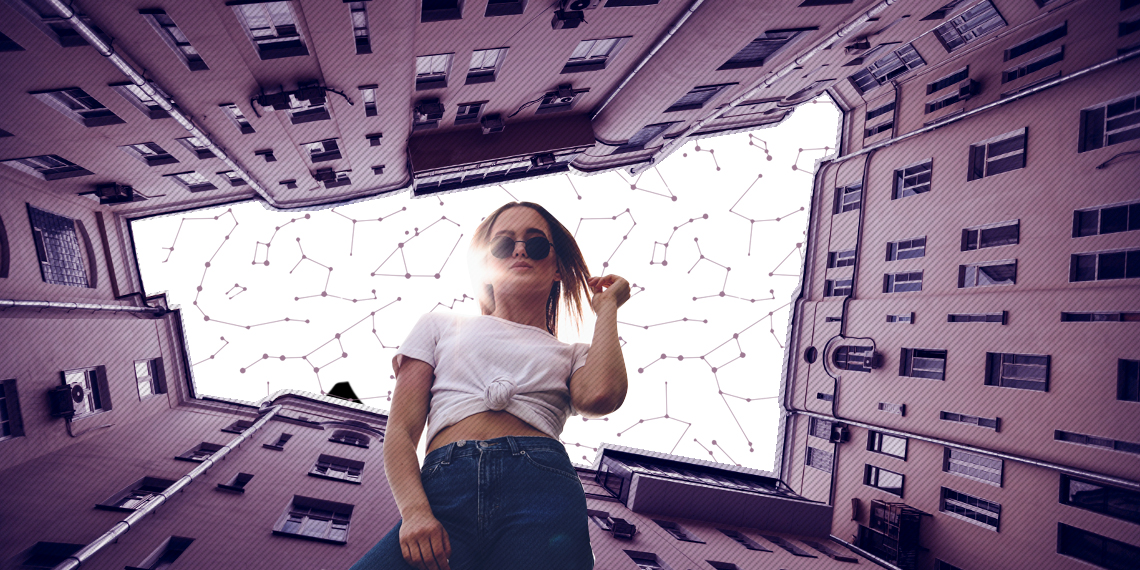 This week, we say goodbye to the emotional maturity of Pisces seasons, and say one big hello to the next four weeks of over-the-top-everything that is Aries season. The nights? Bigger. The stakes? Higher. The days? Brighter. Every Aries you know? Louder. For the next month we will all be living life at full volume, for better or for worse. Believe me when I say that no one is safe.

Happy Birthday, bitch!! Consider this entire season a reset of your life, and this week in particular the kick off. Like spring cleaning, but for the soul. Marie Kondo may be new to everyone else, but you’re no stranger to dropping the things that don’t bring you joy. Spend the next couple days taking stock of your life and figuring out where you can trim some fat. Then you’ll be able to enjoy the rest of your birthday season knowing that you’re surrounded by only the very best.

Change is coming, Taurus, whether you like it or not. Is this a good thing? Well, I guess that depends on how happy you are with your life right now. Spend this week taking a good, hard look at your life, and figure out which parts you’d be okay with shifting. Or, better yet, which parts you would be scared to change up, and then immediately change them. You’re too young and hot to let life get stale, so use this as a chance to remind everyone how easygoing and versatile you can truly be. Much like a good leather jacket, you’ll never go out of style–it’s time to start figuring out how to transition into the new you.

This is a week for innovation, Gemini. You’re going to find yourself waking up inspired and ready to take action, so be sure to take full advantage of it. Remember all those passion projects you’ve picked up and then immediately abandoned over the years? It’s time to revisit them and see where this newfound sense of productivity can take you. This burst of energy, while powerful, is fleeting, so make sure to get the most out of it while you still can.

You’ve been known to overreact, Cancer. It’s okay, it’s part of your charm. While your friends are used to it, and  know how to effectively talk you off a ledge, don’t listen to them this time. If you feel the need to pop off this week, there is likely a reason. Don’t fight it. For the next few days, your feelings are the only ones that matter and you have free reign to confront anyone who’s wronged you. You’re typically more complacent? You don’t know her. Let the world feel your wrath, and then blame it all on Aries season.

One of the benefits of getting older (no really, there are some) is that you slowly but surely figure out which of your friends are there for you no matter what, and which relationships will be eroded by time and circumstance. That sounded more dramatic than it needed to, but so are you Leo, so it works. For the past couple months, a clear delineation has become noticeable within your group of friends: the ride or dies and the friends of convenience. This week, it will become even more clear. Don’t look the other way. People who want to be in your life will fight to be there. Those who don’t make the effort aren’t worth any of yours either.

Virgo, it’s time to let loose. Really. Not a casual night on the town. Not girls’ night and a few glasses of wine. We’re talking college levels of drunk. You should be spending the next couple days like it’s your 22nd birthday (slightly more put together than your 21st, but not really). Why, you may ask? Because you’ve earned it! Your nonstop grind should be rewarded by some nonstop alcohol. Big nights like these aren’t a regular thing for you, so be sure to pull out all the stops. This logic extends to the hungover binge eating you’ll be doing the next day as well.

You’ve been known to bend to the will of others, Libra. Not because you’re a pushover, but because you’re a peacekeeper. You like it best when people are getting along, and you’ll do what you can to facilitate it. It’s thankless work, but every friend group needs one, and you’ve selflessly stood up to be that rock. Well guess what? This week, you’re putting yourself first for a change. It’ll make you uncomfortable at first, but soon the idea of not pandering to every single person you know won’t be a terrifying concept. Let everyone work around you for once, and remind them what a vital role you play in their lives.

At times, Scorpio, it can seem like the world is against you. I know we’re all past the whole “Greek Gods” thing, but this week it might actually feel like there are a group of vindictive immortals in the sky who are f*cking with you just because they can. Do your best to stave off their efforts by hiding yourself away until the worst of it is over. There’s no shame in retreating when you’re behind, especially if it keeps you sane. Burrow yourself away for the next couple days, and resurface once the mayhem has passed.

This past week saw some conflict in your relationships, Sagittarius. While things may be all patched up by now, odds are you’re still harboring some negative feelings about the entire situation. Pro-tip: get those out now. Sit your friend/roommate/boyfriend/girlfriend/pet back down and let them know that things aren’t quite as resolved as you’d hoped. Will it be awkward? Hell yeah. Despite what The Bachelor makes it look like, actual confrontation is the worst. But addressing it now is better than blowing up after a bottle of wine this weekend.

While it may be hard to admit, Capricorn, it’s time to recognize that you haven’t exactly been treating people the way you should. Leaning on friends is one thing, but taking advantage of their kindness is a bad look. This week, take a step back and assess your recent behavior. Would you be pissed if someone treated you the way you’ve been treating others? Cool, then fix it. Maybe start by letting your friends know that you’re aware you’ve been a nightmare, and go from there. You’d be shocked how far a sincere apology can go.

This is a weekend meant for positivity, Aquarius. The past few weeks have been pretty heavy, and it’s time for you to reassess and start working on the things that make you happy. Not to get all zen on you, but your mental health should really be a priority for the next couple days. Actually, it should always be a priority, but especially so this week. Meditate, drink tea, sleep for two straight days, whatever. Just make sure you come out the other side with a semblance of peace of mind.

Pisces to the rescue! This week you’re going to feel the need to go to bat for your friends, and you shouldn’t question the impulse. You’ve never been one to leave your loved ones hanging, but this will be taking things to the next level. If your friend wants to cause a scene at bar, you’re standing on a table. If she wants to bust into her ex’s house for some much needed retribution, you’re the getaway car. Whatever the cause, you’re knee-deep in it. Sure, people may think you’re insane, but this is what friends are for.