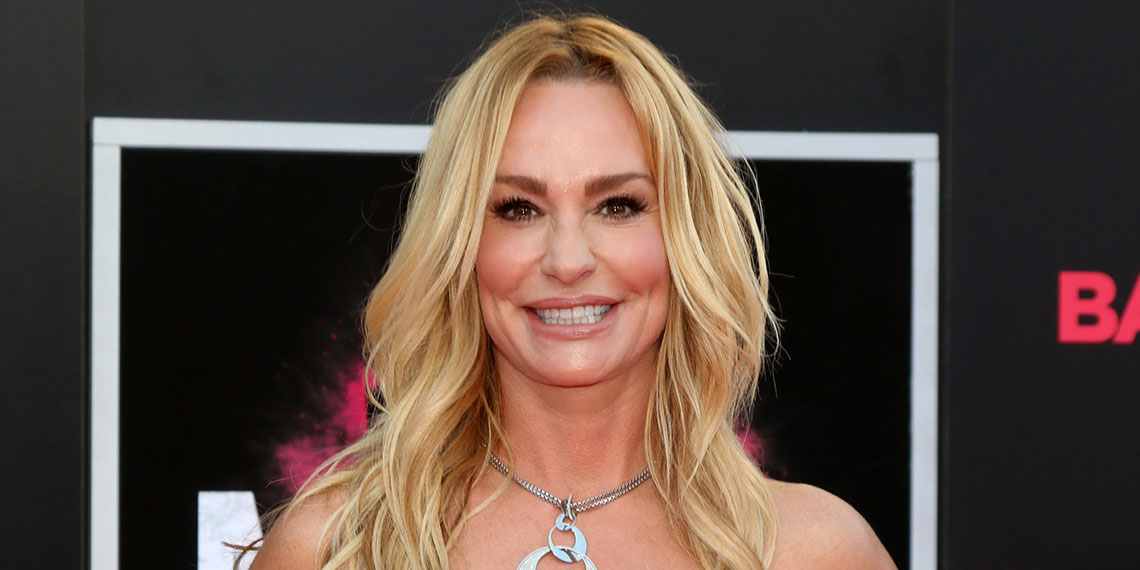 This Theory Explains Why So Many ‘Real Housewives’ Get Divorced

I have been watching The Real Housewives since 2008, and a common criticism I hear, other than the fact that it’s trash reality television (what can I say, I’m a raccoon because I love garbage), is that for a show that’s supposed to be about housewives, many of the women are not actually married. And I think the show plays a part in that, but maybe not for the reason a lot of people think. Many Housewives have come onto the show with the seemingly “perfect life” and then two seasons in, they’re filing for divorce. As viewers, we have witnessed countless Housewives’ relationships fail, then watched as they begin to date someone new and then get the inevitable wedding special. Remember when Tamra got married to Eddie and there was a bicycle hanging above them? Ah, memories. I’ve noticed a pattern in my decade-plus watching this franchise, one I call the “Lily Pad Effect”. It is when women join the show, and the show serves as a stepping stone (or Lily Pad, if you will) to a better life for the women—which leads to the demise of their marriage.

Statistically the divorce rate in the United States is about 50%, but in The Real Housewives universe it feels like almost every marriage we see crumbles. That’s not actually true—there have been 115 Housewives (only including U.S. franchises). 78 joined the show married and of that 78, 30 of them have gotten divorced on the show or shortly after. That means roughly 38% of the married women who join The Real Housewives get divorced. When considering this percentage, you also have to take into account that two of the cities are still in their infancy (Potomac and Dallas), and Miami and DC are no longer airing.

So what exactly goes wrong in these marriages? Now, I don’t claim to know the inner workings of these relationships; I am strictly going off of what I have seen over a 10-year period. The one commonality is the dynamic in the relationship simply changes. More specifically, it becomes more equal, and that equality brings about the end of the marriage, even if it doesn’t directly cause it. A lot of the divorces follow the same pattern: because of the show, the Housewives are no longer as financially dependent on their husbands, they find confidence by doing something on their own, and they outgrow their relationship. It’s not a coincidence; it’s the Lily Pad Effect.

Tamra Judge from Real Housewives of Orange County joined the show while married to her now ex-husband Simon Barney. She seemed to be walking on eggshells when it came to pleasing him and making sure he was the dominant one in the relationship. Tamra was constantly being told to be more lady-like (whatever the hell that means) or told what she could and could not wear. Simon wanted his wife to be seen and not heard, and let me tell you, that is not Tamra. I think joining the show magnified their problems, and her newfound success gave her more confidence, thus making her more outspoken and him more resentful. The more she pulled away and became stronger, the more he tried to hang on, and at the end of season 5 it all came to a head in the back of limo when Simon told Tamra she isn’t with her kids enough and she screamed “F*CK YOU, I want a divorce”.

Another Housewife who I believe was helped by the show was Taylor Armstrong from The Real Housewives of Beverly Hills (seasons 1-3). Taylor had one of the darkest storylines we have ever seen. We met Taylor when she was married to Russell Armstrong, who was extremely unlikable from the first episode, and their relationship felt strained. They just didn’t seem to mesh. As the show progressed, we got to see the dark side of Russell: he was extremely controlling and began to isolate her from the group by threatening lawsuits against other cast members, most of whom knew what was going on behind the scenes.

Slowly the truth started to come out, when Taylor confided in a therapist on camera, showing the dark underbelly of their marriage. And when Camille Grammer came out and said on camera that Russell abuses Taylor, it was a shock. I remember watching it, and my heart just sinking for her. As viewers we knew things were going on behind the scenes but to hear it out loud and confront the issue head-on was a lot to process. At the finale she showed up to an event with a heavy side bang covering a black eye, and announced her divorce. Then, before the reunion taped, Taylor’s husband Russell committed suicide. Truly, I think joining RHOBH might have saved her life because it gave her the strength to leave her abusive marriage and held a mirror up to things she possibly wanted to ignore for the sake of their child.

Emily Simpson, a relative newcomer who is on her second season of The Real Housewives of Orange County, is married to Shane (or as Kelly Dodd calls him, “little dork”). She is an accomplished lawyer who passed the California bar on her first try and a notable party planner, all while balancing being a mom to three kids. So that’s why her relationship with Shane is so strange. She is already independent and successful, so I am convinced she joined the show knowing they had huge cracks in their relationship, and that being on camera would only amplify those cracks into craters. She of course defended him her first season, saying “oh you don’t understand him, he’s just sarcastic” or “it’s his sense of humor”…but no one is buying that. He kind of just seems like an asshole. This season, though, we are watching their relationship crumble right before our very eyes, and TBH she seems okay with it.

It’s too soon to know whether their relationship will hold up or end in divorce, but it definitely shows some of the telltale signs. Being around a group of strong-willed women, most of whom have gone through their own divorce journeys, might inspire Emily to take a deeper look at her own relationship. A sarcastic sense of humor is fine, but her husband skipping her birthday because he just doesn’t feel like it? That’s not what a healthy marriage looks like. And honestly, she deserves better. Most of these women do.

A lot of people think that being a Real Housewife is all starting catfights and getting drunk, and while that’s true to a certain extent, it’s also really empowered a lot of its cast members. It’s kind of amazing what these shows can do for some of the women. Being on TV will either make or break your relationship, but sometimes when a relationship breaks, it’s for the better. Maybe the women don’t realize it in the moment, but divorce is the best thing to happen to them. Look at Shannon Beador—she is THRIVING. When she first came on the show, she almost seemed scared of her husband David, who is easily one of the worst Real Househusbands. She made a valiant effort to fix her relationship after he cheated her, but he really didn’t deserve her. Now she’s killing it with her line of frozen meals, she lost a bunch of weight, and she seems the happiest she’s been in six seasons. Basically, the divorce was exactly what she needed.

Also, being surrounded by other strong women really makes some of them see the light when it comes to their sh*tty relationships. All in all, I just love watching the women grow and really come into their own. Most of the women who get remarried while filming are with men who celebrate their independence and have major BDE. We love to see it.