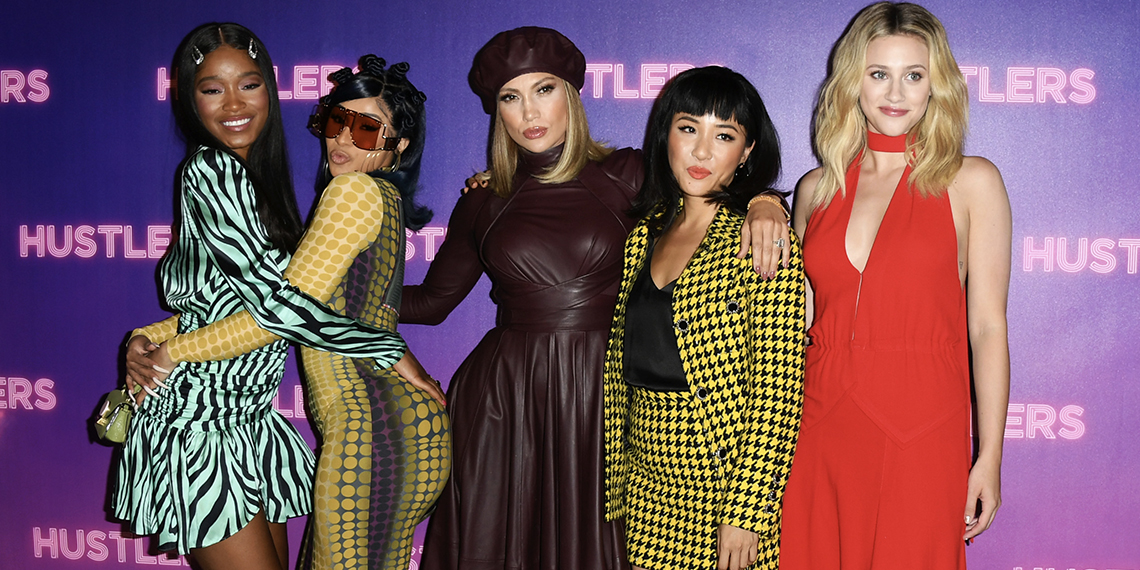 Does ‘Hustlers’ Deserve An Oscar?

Now, before you all come for me… Is Hustlers an amazing film? Yes. I mean, I’m a gay man who’s obsessed with Cardi B, Lizzo, and J.Lo, so Hustlers could literally be a piece of sh*t spread on toast and I would still convince everyone I know to see it. Fortunately, it’s not sh*t spread on toast, but delicious avocado toast topped with perfectly ripened heirloom tomatoes, a gloriously poached egg, and a beautiful sriracha drizzle—but does avocado toast deserve an Oscar? I mean, does Hustlers deserve an Oscar? The reviews have been excellent, with rogerebert.com saying it’s J.Lo’s best work since 1997’s Selena. The Hollywood Reporter called it J.Lo’s best film to date, and Hollywood superwoman Shonda Rhimes tweeted that she only leaves her house for a movie every five years, and Hustlers is the one. For all intents and purposes, this movie is screaming “give me an Oscar,” so what’s the f*cking issue? Well, as it turns out, the woman who lived the real-life story has a major issue with it, and fittingly, like the bad bitch she’s portrayed as in the film, she’s not going down without a fight.

The film, directed by actor/writer/director Lorene Scafaria, has grossed $62 Million, tripling its budget in only 10 days, which is like…a really good ROI. (That means Return On Investment, which means that one class I actually showed up to in college did teach me something.) The premiere at the Toronto Film Festival was apparently iconic, with a 2,500-person standing ovation and guests immediately whispering that J.Lo deserved an Oscar for her performance as Ramona, the queen-pin of the strip club turned queen-pin of drugging and robbing men.

The movie tells the multi-year story of J.Lo’s character, Ramona, and Constance Wu’s character, Destiny going from making hundreds of thousands of dollars a year stripping in Manhattan before the 2008 financial crisis to drugging men and maxing out their credit cards in 2013. Cardi B essentially plays herself, with only a few brief scenes, including one of her grabbing Destiny’s hair and calling her a bitch for accidentally trying to take one of her clients on her first day, which was amazing, and something I’ve done to coworkers while serving tables before. Lizzo appears even less than Cardi, but somehow manages to sneak her famous flute playing into her scene, and Keke Palmer and Lili Reinhart both are great in their roles as underling members of Ramona’s crew. One scene in particular, with a half-naked and six-inch-heeled Keke Palmer running through a parking garage screaming, had me laughing out loud, and Lili’s character’s nervous puking adds a welcome lightness to some otherwise dark scenes.

All in all, it’s a very good movie. J.Lo looks absolutely incredible, and one scene where men are tossing singles on her while she does a sultry pole dance to Fiona Apple’s “Criminal” had me questioning if my sexuality actually was a choice. Constance Wu is… fine, and Julia Stiles could be played by literally anyone (I’m sorry, but it’s true). I could have played Julia Stiles’ character, and the fact that I wasn’t even discussed during casting is a catastrophic overlook, but I didn’t let that influence my thinking while watching the film.

The thing about it is, at no time while watching did I think this movie was going to garner Oscar buzz, and I don’t really know how to feel about the fact that it has. Let me be very clear about something, I f*cking love J.Lo, and if she won an Oscar I would be crying before she got to the stage, but then again my favorite movies of all time are Sister Act and Sister Act 2: Back in the Habit, so like…who am I to be judging? After all, Bridesmaids scored nominations for Kristen Wiig and Melissa McCarthy, Anthony Hopkins won the Oscar for only 16 minutes of screen time in Silence of the Lambs, and Anne Hathaway got her Oscar for a mere 15-minute choppy AF haircut in Les Miserables. So with the rules of what qualifies as Oscar-worthy clearly not set in stone, why not consider Hustlers? I suppose that pesky little fact that the person behind the story didn’t get paid for it to be told.

The movie is based on the 2015 New York Magazine article, “The Hustlers at Scores,” written by real-life New York Magazine journalist Jessica Pressler (played by the lackluster Julia Stiles). The movie is told through the narration of the article’s main character, Roselyn Keo, renamed Destiny and portrayed by Wu for the movie. J.Lo’s character, Ramona, is based on Samantha Barbash, aka Samantha Foxx, who is currently threatening a lawsuit against STX Entertainment, the studio behind Hustlers. Samantha says she was lowballed to sign away the rights to her story, and according to her lawyer, she “unequivocally rejected all offers to be included in the film.” She claims that J.Lo never spoke to her before or during filming the movie, and she is now writing her own book about her story.

Pressler’s article and the film actually seem to stick pretty close together, with some direct lines from the article used in the film, such as, “You can’t feel bad! If we don’t do it, somebody else will do it.”

My hesitation with fully believing the movie’s story comes from the troubling fact that we don’t quite know what about the article is true. Pressler wasn’t able to fact check a lot of what Roselyn, known as Rosie, told her when she was writing it. After beginning the article by saying “according to Rosie” several times, Pressler clarifies, “I say ‘according to Rosie’ because her family did not respond to interview requests, and because Rosie is an admitted liar with multiple pending felony charges. Still, she is occasionally prone to offering up indisputable truths.” While some of the story may be fabricated, some aspects must be true, because the fact remains that men really were drugged and robbed, with one Queens strip club bartender pleading guilty last year to being in cahoots in overcharging the credit cards of two men who were drugged by strippers.

Hustlers is told in a similar fashion to 2017’s Oscar-nominated I, Tonya, with the main character narrating her own rags-to-riches-back-to-rags story while establishing an emotional connection with the audience that goes beyond whatever shady sh*t they may have done. (By the way, Nancy Kerrigan still competed in the 1994 Olympics, so like…get the f*ck over it.) The difference, however, is that Samantha Barbash more than likely won’t be sitting in the audience as J.Lo’s guest at the Golden Globes as Tonya Harding did with Margot Robbie and Allison Janney. Allison ended up winning the Oscar for her portrayal of Tonya’s mother; Margot was nominated for best actress for her portrayal of Tonya, but lost to Frances McDormand.

So aside from the question of whether or not Hustlers deserves an Oscar for the remarkable story, the way it’s been told, and/or J.Lo and Constance Wu’s performances, the fact that the real-life subject of the story is unhappy remains, and this should not be brushed over. I suppose we’ll find out whether or not the Academy will take that into consideration come February. With that being said, I would let J.Lo use me as her own personal red carpet if she wanted to.