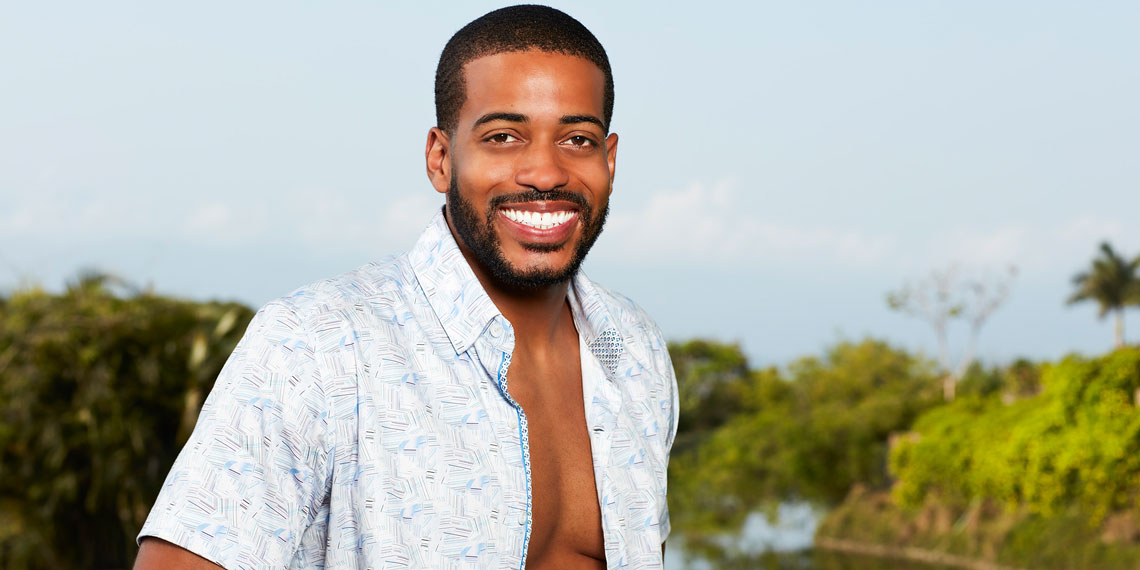 Why Eric Bigger Won’t Do Another ‘Bachelor’ Show

We may be done with all Bachelor related programming until January, but that doesn’t mean we’re emotionally ready to stop talking about The Bachelor. Like, what, do you expect me to keep up with the news so I can talk about that? No thanks, my personal life is depressing enough as it is. (Just kidding, I watch the news and subscribe to The ‘Sup.) Anyway, in the spirit of riding on this Bachelor high into the new year, I caught up with Eric Bigger, of Rachel’s season of The Bachelorette and the most recent season of Bachelor in Paradise. We talked to him about his experience on Paradise, if he’ll do another Bachelor show, his dating life today, and more.

Betches: So did you watch this season?
Yeah, you know what man I think it was great. But for people, in relationships, you didn’t really get to see what it really was. So I was like, I don’t know, there wasn’t enough evidence for every relationship for it to make sense for the viewership. But for the most part, it was cool.

Do you think you got a fair edit?
I think it was fair. I think, for me, because I’m so positive I’m always happy, I think it’s good for people to see a vulnerable side to me—an emotional side to me. And I always say, I’m not a perfect individual. I always say I’m a role model for what to do and what not to do. And I think it’s just important to know that in life we put people on a pedestal and we see people in a certain light. But everybody makes mistakes; everybody does things differently. And you just got to be yourself and at the end of the day, you just got to follow your heart and be yourself. And it’s just good to see all of a person, including myself.

What do you think you’ve learned from just watching the season back?
How much energy and effort I put into love. Like, I don’t do gray area. I’m all in, I give everything. And so when I’m giving what I give, it’s a lot, it drains you. So that’s what happened to me in Paradise. And when Cassandra came in, she was a nice girl, she was cool, but I just didn’t really have anything for her because I put so much into Angela, in our relationship. You know, you don’t really get to see much of that. I just don’t really think I’m supposed to pursue anyone, because I’m an over-pursuer and I think when it comes to love I get to it so fast that I’m like, for most women, it can be too much too soon. Because it’s like, I’m getting to the deepest stuff right away. I don’t have a pace; it’s just “go”. And I just think for me, when it comes to love, I got to let it just happen instead of trying to make it happen. I got to let it come to me and let it find me. Instead of me being like, ‘oh I got to go get this love’.

I do feel like that is what Bachelor in Paradise is set up for, though. They’re like, “alright you have”—how long do you even film? It’s a short amount of time, right?
Yeah, but it’s a lot. We were on camera like all day. Like, I was on the beach for like 20 days. I mean you’re filming, cameras are everywhere, but they only control so much.

Yeah, but it makes sense if you feel like you have to rush the love, like, “I only got three weeks more or less to find someone…”
And it’s intense. For me, in general, that’s like me with life. Like, if I see someone and I like them I want to get to the root of who they are and what they are and understand what it’s all about. But I think that the most important thing that people don’t get to see or take away from those experiences is that you don’t really get to see everything—of course, it’s a show—but how much it helps you as an individual. You learn so much about yourself. And you learn how other people are different and what makes you tick, and what you need in a relationship. For me, I need a type of love, my dad says, “agape” love, like unconditional love where it’s unspoken. I think I was talking to Kenny like three weeks ago and he’s like, “love is something you shouldn’t have to chase, something you shouldn’t have to think about, something that shouldn’t be a problem, you don’t think about loving your mom or dad, you just love them.” And I think that for me, I want that type of love, where it’s unspoken, you get me, I get you. It’s unconditional. We’re on the same path, same vibration and we’re going. Of course, we’re going to have challenges, but I shouldn’t have to guess if you’re into me or not, it should just be.

Wow, can I call you up for dating advice?
Yeah, but you do learn a lot and it’s like therapy. A lot of the time, like on some episodes when I was crying, I gave a lot. But what happens when you get interviewed so much is all your old stuff comes up. So for me, for these shows, any girl I went after and gave my all to, any girl I always wanted, I never got. And I’m like damn, why is it that every time I want someone, they don’t want me at the time or I don’t get them. And usually they come back, and it’s a lot. But that really kind of had me broken up inside, like damn, this happened again. And what people don’t know in the car ride back, right before I left, I had an out-of-body experience. I was literally watching myself leave the beach. It was powerful. And when I was leaving, Shushanna was there and she was crying, people didn’t want me to go, like the love I got from them, that’s the love I wanted on that beach. And I’m in the car with one of my producers and we’re talking about it. He’s like, “that’s the impact you have on people” and he started crying. It was like so, powerful and it was great, fulfilling. Cause I was like “damn, that’s the love I was looking for” and I got it in a different way and it kind of messed me up. Cause I was like damn, people really do got love for me. You know, so, it was great, it was a tough, tough one but I think I needed it. Nothing’s perfect in life and you learn and everybody’s happy, so I served my purpose.

On a slightly lighter note, how long was Chris Harrison actually in Paradise?
He’s there about 30% of the time.

It literally seems like he shows up, states the obvious, then leaves
That’s all he does, yes.

How do I get that job?
Great question, I don’t know. He definitely just comes in and then leaves, like real short.

Well, career goals for me. Who do you still talk to from Paradise?
Chris here and there, Kendall cause she’s in LA. Kenny here and there. I was actually just in Toronto with Astrid and Kevin, Jordan. Also Jason and Blake from Becca’s season, they’re really great guys. So we created a good bond. Just about everybody. It just depends on the conversation and who’s around. Like, me and Kendall go to a lot of things together cause we live in LA and Joe’s there like every week now, so I see Joe. Chris and I, we talk a lot, that’s about it.

What did you make of the Jenna-Jordan thing that came out last week?
You know, that was unfortunate, man. Like that was kind of a blindside for the whole of Bachelor Nation. I just didn’t understand at the time and it didn’t make sense. And it made sense for other purposes, I don’t know if it was staged or set up but I don’t know, it didn’t feel right. But I do know that Jordan cares about Jenna, and I think that when it’s all said and done the truth will come to light and the world will know what it really is and not what we think it is. Cause you never know.

Yeah, she’s claiming that she was set up… I think we’d all like that to be true and liked them as a couple. Do you think you’ll do other Bachelor stuff?
I don’t think I will. I think after doing Paradise, I’m not supposed to. Love is supposed to find me, go after it. And I learned so much about myself on these shows, which is great to learn a lot, but I think I served my space in that world. I don’t think so, at least not right now. I need a break, I need a real break. I’m not looking to date anyone, be in a relationship, I’m just not. I need a break because it’s so much.

What are you doing in LA?
You know, fitness, I’m still training clients, I have a podcast, it’s called “Bigger Talks” so I got to get that up and running, we’ve got like 21 episodes. It’s really good, we talk about bigger conversations like you know, politics, the Me Too movement, race, gender, anything—stuff that people don’t really talk about but just in a safe space. Public speaking is something I’m really, really excited about. I’m going to take a class to perfect that and tell my story better. Other than that, you know, go on interviews, doing press for the shows. Every day is different for me because I work for myself. I love motivating and inspiring the people so whatever I do it’s for the people. I want to lift the souls of humanity so we can have a better world. And if I can be part of that, I’ll be truly blessed and thankful for that.

That is super deep.
Yeah, and I think that’s my purpose. I think, when it’s all said and done, for me, I understand my purpose in life so I know what I need to do. And I only want to do that and live that to the fullest. I want to be my best self and give people what they need so they can have the lives they want.