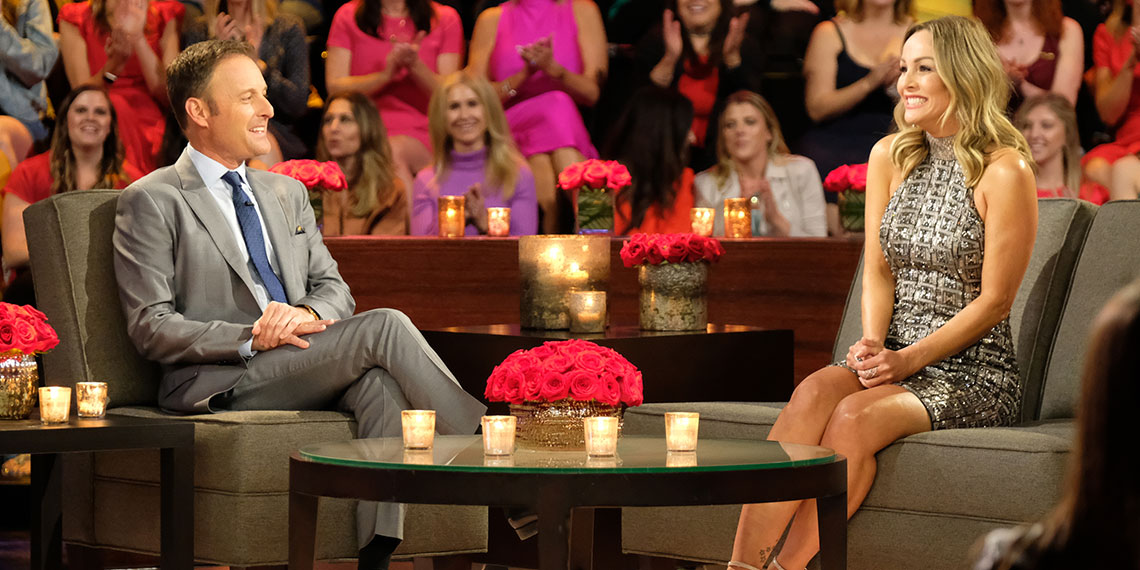 Does ABC Actually Want ‘The Bachelor’ To Be Spoiled?

For the last 18 years, ABC has slowly sucked the will to live out of us with a torture device known as The Bachelor. I hate this show. But my god, I LOVE this show. You know what I mean? In the beginning, it was gripping because reality TV was relatively new, and we got to see people genuinely fall in love. In the end times (that’s us now, am I right COVID/murder hornets/Isaias?) it’s gripping because of the unconventional endings and the overwhelming desire to know which blonde women from the South will end up with the best FabFitFun sponsorship when it’s over. But, through the years, one thing that’s remained constant in Bachelor Nation is its disdain for spoilers. That’s right! Bring on the racists and the sex offenders, but don’t you DARE spoil this contrived mockery of modern courtship for the masses. Or at least, that’s what they say. But I’ve got another theory. I think ABC actually LOVES having the season spoiled. And, dare I say it…they may even spoil it themselves. Allow me to explain.

First, let me lay out the evidence that ABC claims to hate spoilers. Just last season, Chris Harrison went on Almost Famous, Ben Higgins’ and Ashley I’s podcast, and told them that spoilers “ruin people’s lives,” are “disrespecting the hard work done by writers and producers,” and that people who spoil the season “have no self-worth.”

Oh, Chris. That’s cute. But people with no self-worth are busy ruining their lives by texting their cheating ex 73 times at 1am (hypothetically!), they don’t spoil The Bachelor. Producers also make the contestants sign an NDA when they go on the show, which of course includes a clause forbidding them from revealing the ending.

But even with that clause and Chris Harrison publicly cursing Reality Steve’s name, somehow spoilers get out. Every season since Jason Mesnick’s, actually, and I know like 75% of you reading this were still wearing a diaper when he was publicly changing his mind (ugh, men). So, spoilers have been a part of the Bachelor franchise for a long time—longer than March 2020. And of course there are some reasons for this that don’t involve an underpaid production assistant getting wine drunk and chatty in a public place near a recording device. Obviously The Bachelor is a big production, and they have dates out in public, so naturally people are going to see them, take pictures, and tweet about it. And some seasons the lead even spoils it themselves. Kaitlyn Bristowe actually posted a Snapchat in bed with her winner Shawn Booth before the season finished airing.

Well Kaitlyn just gave away who won the bachelorette on snapchat @RealitySteve pic.twitter.com/MlbIX3fNQx

So, like, did Kaitlyn get in trouble for this? If she broke this clause in the NDA and didn’t get sued, can contestants on the show finally talk about “controversial topics” like feminism? Please hit me back, Bachelor lawyers. And, if she didn’t get sued, doesn’t that just further the idea that, at the very least, ABC doesn’t really care if their show is spoiled? The only consequence for her actions that I could find was when Jimmy Kimmel told her that ABC was “very, very mad.” Well! I didn’t know they were very, very mad! Two very’s! That should certainly serve as a strong deterrent to other contestants.

So, of course, plenty of people, spies and dummies alike, are spoiling The Bachelor. They have never been able to contain it. My bet is that ABC decided that if you can’t beat ’em, join ’em. Because we have finally made it to my star witness, the season that has me all riled up, Season 16 of The Bachelorette, aka The Clare Catastrophe™ . The Clare Catastrophe™ began all the way back in March, when Clare Crawley, woman who talks to crabs, was announced as the Bachelorette. And then her season was immediately put on hold due to COVID-19. That makes sense, they’re swapping a lot of bodily fluids over there. But now that we have the virus under control (lol I am a mole person and everyone is still dying) they began filming in July in one isolated location. One isolated location I might add, that immediately got leaked. That means no going out in public on dates, no leaving the property at all, and STILL spoilers got out. I’m no genius, but I’m pretttyyyyy sure that means that someone on location had to be the one to spill the metaphorical beans, no?

You can find our full explanation of The Clare Catastrophe ™ here, but I’ll give it to you quick to prove my point. First, Reality Steve found out that Dale Moss got the first impression rose. HOW WOULD ANYONE WHO WAS NOT THERE KNOW THAT? The call was coming from inside the house! And then we had the Reddit post that outlined pretty much EXACTLY what happened with Clare, and how Tayshia was coming in to replace her. AND THEN we have this Instagram account that revealed EVEN MORE about why Becca and Hannah Ann have shown up.

EMERGENCY BACHELORETTE UPDATE: A THREAD!!!!!!!!!🚨 #bachelornation #thebachelorette (via /thatsuitcaseguy twitter) *disclaimer this is a rumor wdk if it’s verified but sharing bc i love harmless piping hot bach nation tea

Sorry for all the caps, guys, I realize this looks like an email from my grandpa, but I am THAT jazzed up about it. Because at this point they just want people to speculate. They could have easily made sure that no one knew Hannah Ann was coming and locked down the location, but they didn’t.

So, we have the fact that the information about Clare’s season leaked even though they were quarantined for filming. And sure, some of the information could have been from contestants that were called back, but that doesn’t account for the location being leaked, the first impression rose info, and the story that was posted on Reddit. And then we have the fact that the show is getting a TON of publicity from this. Did I care two weeks ago about a sad, lonely old lady looking for love? Sure, but that old lady was me. Now I’m pumped to see how this season all goes down, there have been non-stop stories on major media outlets about the season every single day, and people give a sh*t again. HUH what do you know? So why wouldn’t the people who benefit from this the most be the ones to put it into action?

Every website is talking about the "Bachelorette," all former contestants are on social media discussing it, they're congratulating Tayshia, etc. This is productions wet dream. We're over a month away from premiere & look at how many people are giddy over what's going on.

And I’m sure this isn’t the last we’ll hear of this season. The leaks will just keep coming, they’ve opened up a can of worms. These spoilers are basically me with an episode of Schitt’s Creek. Once you watch one, you may as well stay up for 52 hours and watch the entire series! And though ABC will NEVER admit that they may have played a part in this or at the very least benefited from it, and I’m sure Chris Harrison will have a field day sh*tting on these spoilers during filming, you and I know the truth!