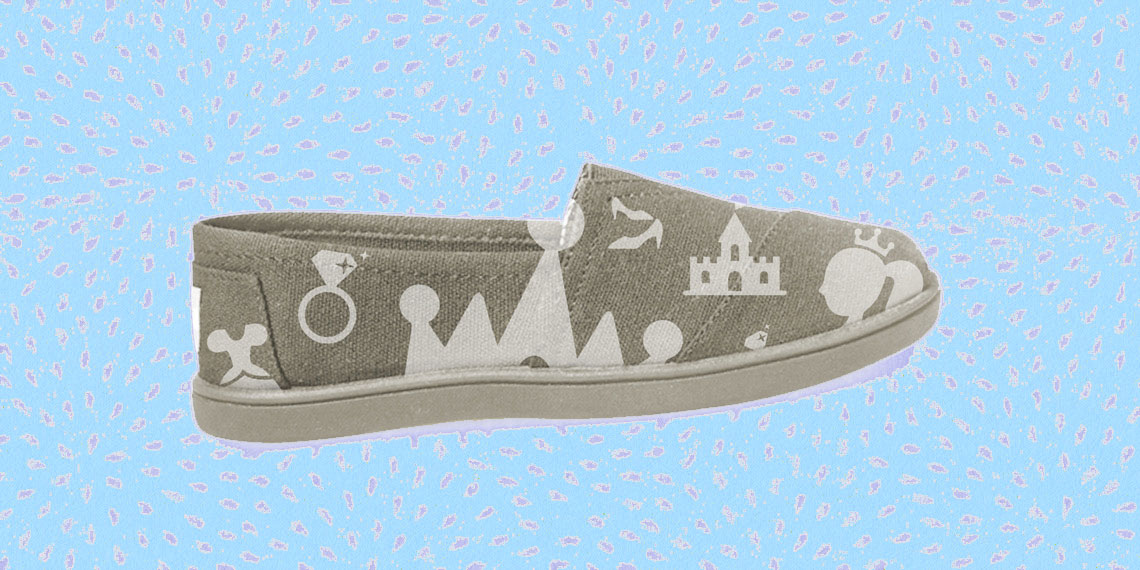 I don’t understand the obsession grown women still have with Disney princesses. Like, I love Disney as much as everyone else, but why, why, why does anyone pretend to be and dress like a Disney princess? It’s 2018, guys, we’re feminists now. It’s like, oh, do you want to be the woman that slept through her entire movie while waiting for a man to kiss her (this actually applies to TWO princesses)? Or the woman who cleaned her stepmom’s house until a man bought her off? Or, recently, you’re all obsessed with a certain bitch who learned a very valuable lesson: looks aren’t important, and neither is aggression or abuse, as long as he’s rich. To add to our sad tirade of grown-ass women’s obsession with princess shit, TOMS has now collaborated with Disney. That’s right, Disney princess TOMS exist, and all I can say is: Why? Why would you do that?

Hey @TOMS and @Disney! We are OBSESSED! #disney #tomshttps://t.co/kaxG0zGMl8

First of all, I hate TOMS on the best of days. They are ugly, sorry not sorry. The front of them is always weird and saggy and reminds me of a sad, flaccid penis. They are weird.

Also? These shoes are very poorly designed. TOMS, you guys had one job. Why are the characters BEHEADED on the front of every shoe???

It’s like a fun game of WHERE THE FUCK ARE THEIR HEADS? Especially for the front of the shoe. Like okay, the pattern got cut off on the sides or the back. But every shoe seems to have a decapitated princess front and center. Disney, you’re getting lazy. Also, I could doodle shit better than that Cinderella slipper on my Etnies in fifth grade. For free.
On that note, is Disney always everywhere, or has it recently been getting out of hand? Why did I see these horrible jeans at H&M this weekend?

H&M Slim Mom Jeans
First of all, finding jeans at H&M is terrible: their fabric is too thick and unflattering, and their sizing isn’t even consistent in their own store. Am I a 2 or a 14 today? It’s a surprise! But who decided that we really, really needed Mickey Mouse all over our jeans? What do you wear these with besides a sad plain tee shirt and a face of shame? We’re going too far.
Even worse, Chiara Ferragni recently released a line of designer Disney shoes. So like, $400 shoes, but they came from the Disney store.

Like, what the fuck? Who are these people that spend $400 on Mickey Mouse glove shoes? Buy some Valentino’s on sale, you weirdos.

But don’t despair, guys! It gets worse!
For a cool $59.95, you can reenact The Little Mermaid, because Disney now has huge, gigantic, terrifying floaties of our favorite characters!

Oh My Disney Sebastian Pool Float
Remember the part where Ariel rode around on a very disturbing looking Sebastian because he was gigantic? No? Oh wait, because that never happened, and this line is ridiculous. Get a basic swan floatie and call it a day. Also? Nothing like paying $60 for essentially a plastic bag to fill with air.
Disney, give it up.
Images: H&M (1), Shop Disney (2), Unsplash (1)