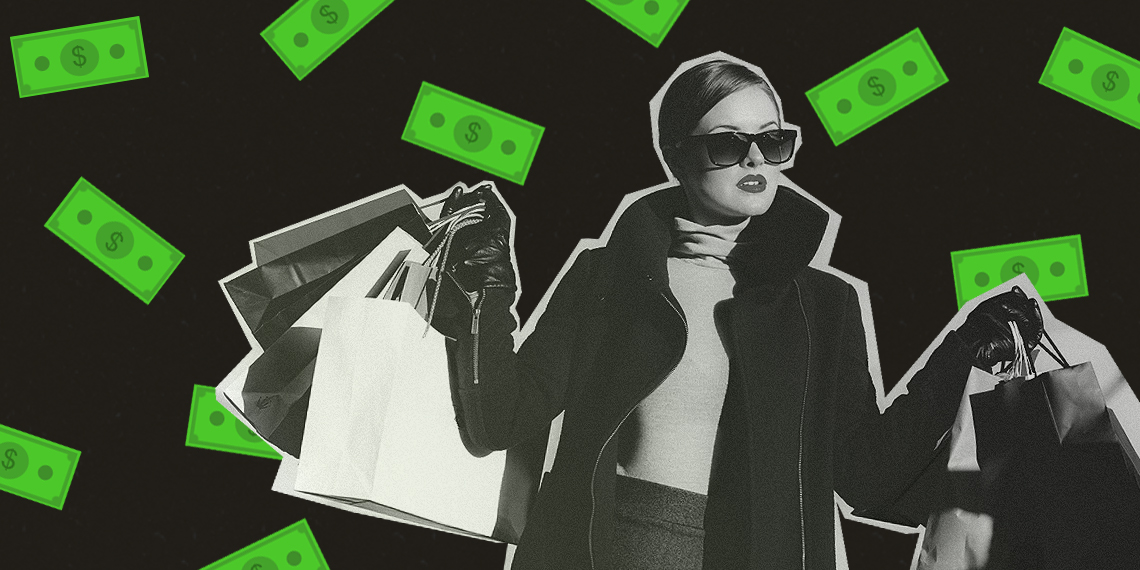 Digital Sugar Babies Are Getting Paid Without Ever Meeting Up

When I began college in 2011, being able to survive financially meant either A) having rich parents, B) surviving off scholarships, C) falling into bottomless debt, or D) getting a part-time job. For me, this came down to blowing all of my scholarship money my freshman year, and then turning to waitressing at Mexican restaurants so I could afford to feed myself. (My diet became 80 percent Mexican food, which I now realize is not the best weight loss strategy.)

Eight years later, the internet and a growing number of applications have created a limitless number of ways for students to make money online, without having to ever leave their beds. So long to the days of having to physically go to work, because who wants to do that? Let’s be real, nobody, but especially not college kids.

When beginning to search for digital gigs that require little effort but that offer great financial reward, more and more college-age students are jumping on the sugar baby bandwagon. According to SeekingArrangement’s report, aptly called Sugar Baby University, more than 2.7 million college students have turned to sugar daddies to help pay off debt or offset other costs, like books and housing. But just like millennials and Gen-Z have different outlooks on social media, dating, and drinking than other generations, they’re also approaching the sugar babying world differently, getting a little more technologically savvy.

In case you’ve been living under a rock, sugar babies, according to the SeekingArrangement website, “enjoy a life of luxury by being pampered with fine dinners, exotic trips and allowances.” Sugar Daddies or Mommas (those terms just gave me hives) want to “find beautiful members to accompany them at all times.” So, using services like SeekingArrangement, they link up. Basically, the idea is that sugar babies “accompany” daddies (to dinner, events, dinners, or whatever) and can receive money, gifts, etc. in return. Now, though, there are a growing number of sugar babies who are going digital and not meeting up with their daddies/mommas at all. Why do in person what you can do from your phone, right?

Me after successfully kill my sugar daddy and obtain his will pic.twitter.com/bkulsMg7Mp

Basically, being a digitally exclusive sugar baby means that these college students will either find a sugar daddy (or mommy) on their own, they will be found by one, or they can be matched using one of the many online sugar dating applications. Instead of being physically wined and dined like traditional sugar babies, digital ones simply look for someone who’s willing to pay money to hear their voice over the phone, video chat, or even just message back-and-forth. Must be nice.

While this may sound a little extreme (meaning, who on Earth can afford or would want to pay hundreds of dollars just to hear someone’s voice?), the practice is becoming more popular than you might think. (And again, I say: where can I find these rich benefactors who will FaceTime me for cash?) It makes sense that, in an age where online dating is ever-popular, that people would want their communication to happen online, too. On top of that, it’s not uncommon to end up with a married sugar daddy, to the point that there are blog posts dedicated to this very scenario. It’s not hard to understand why a rich guy would want to keep his secret gift-receiving girlfriend from his wife, and refusing to meet up offers an added layer of protection (and shadiness). There aren’t figures on how many sugar babies only communicate digitally, but recent online threads offer tips on how to finesse this sort of arrangement, though according to some forums, your odds of securing this type of arrangement are low. Still, if you’re already a sugar baby or considering becoming one, it probably can’t hurt to try.

Fittingly, Instagram has become a go-to platform to find and become a sugar baby. Search hashtags like “sugar baby,” “sugar daddy,” and more, and you’ll find a relatively easy-to-navigate sugar dating community. I’m dying to know what the process of sliding into those DMs are like.

RT if you need a sugar daddy like this?? pic.twitter.com/WF3X3j7TxD

Using this hashtag search strategy, I stumbled across the Instagram account of Quyen Bui, better known as @chinkybutkinky on Instagram. This UMass Lowell student gets straight to the point with her PayPal information and Snapchat handle already in her bio. She also includes the disclaimer, “my username is for shits & giggles if ur a creepy old man pls exit (◕‿◕✿)”—even if she later acknowledges that old men make up her target demographic, this is “mostly to deter unwanted dick pics,” she says.

Bui’s pictures are cute, but by today’s standards are far from being considered sexually suggestive or even thirst traps. Her Instagram feed just looks like what you’d see from a typical aspiring travel influencer. So, this begs the question, do digital sugar babies have to market themselves as sexual? Do they have to meet face-to-face with the people they’re getting money from? According to Bui, each digital sugar baby makes his or her own rules. For her, there are five:

Regarding her last rule, Bui explains, “Basically, I’m expensive. have to pay me like $100 to $300 to talk to me or hear my voice on the phone. Easy savings for college.”

Although her rules exclude meeting up with her “daddies” in-person, Bui says that she has a fellow sugar baby friend from college who regularly meets up with her 50-year-old “daddy” for wine dates. (She didn’t want to be named because he has a wife and kids.)

Bui also explained that her friend doesn’t mind the in-person interaction because, the way she rationalizes it, she’s essentially she’s getting paid to drink wine. Meanwhile, Bui recalls frequently being begged online by strangers for $75 per phone call.

Knowing this, I would argue that being a sugar baby is hella easier than wiping down tables, serving chips and salsa, and dealing with customers, period. Had I been a college student during the sugar baby era, I can’t say I would be opposed to making money over the phone. Sugar Baby University? Sign me up. FYI, the one rule with sugar dating that stands 100 percent of the time is, if you are going on a date with a stranger, tell a friend where you’re going and who you’re going with. Friends don’t let friends get kidnapped.