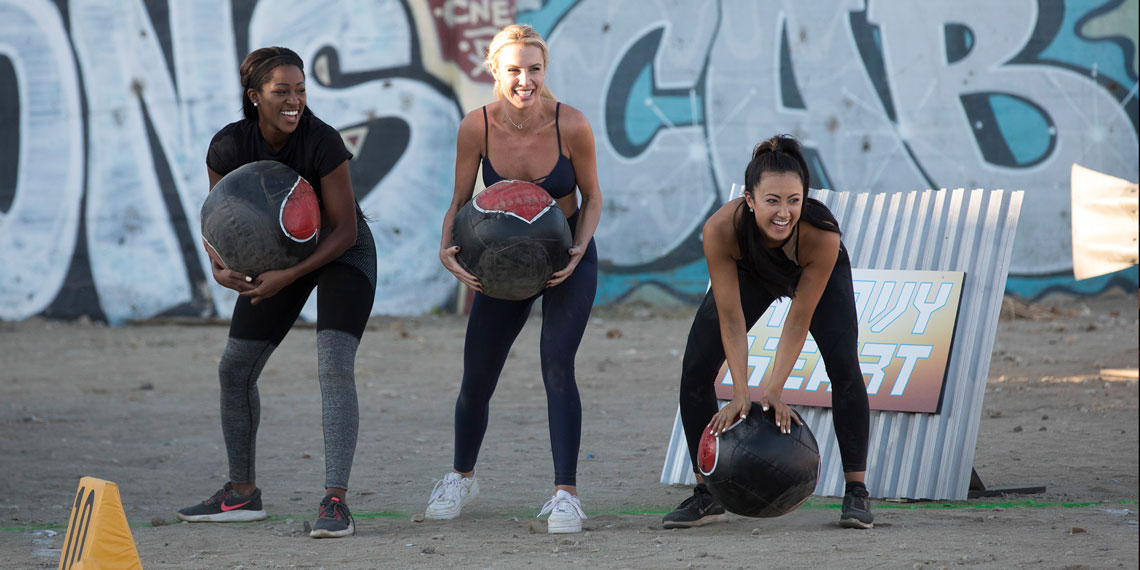 Another January Monday night means more roses will be given out, and the only thorn present will be our lead, Colton. Yes, this episode proves that this season will go downhill quicker than Lindsey Vonn’s Olympic trial runs. Most of America is mad the Patriots won (again), and the rest are just mad Colton is still the Bachelor. Are we sure there’s no ability for a mid-season sub? Anywho, let’s get to it.

Chris Harrison comes in midday unannounced to drop off a date card, and immediately the girls start hoping their names are on it because cabin fever is real, and the only dudes they’ve come in contact with over the last few days are Ben & Jerry. A handful of girls get the nod (Katie, Heather, Hannah B., Courtney, Kirpa, Tracy, Demi, and Caelynn), and they’re whisked away on an airport shuttle bus to see Mr. Underwood.

The girls walk into a theater to the saddest attempt at “Captain Crunch: The Musical” I have EVER seen. Colton is legit dressed like a pirate, atop a ship that makes me want to send a search party out for his dignity. Spoiler Alert: You won’t find it. After a series of battles using giant Q-Tips, the finale comes down to Tracy and Caelynn for who gets to save Colton from being captured by the other pirates. I wish they’d do us all a favor and just leave him captured, but this isn’t Burger King and we can’t have it our way. Since Tracy is 31 and she hasn’t had recess in 20+ years, the younger, more nimble Caelynn takes advantage of Tracy’s arthritis and wins, freeing Colton in the process.

The night part of the date continues at what looks like an Egyptian Pier 1 Imports, and Colton starts to get some one-on-one time with the girls. ABC plays up the feuds between Demi/Tracy and Hannah B./Caelynn. (The REAL emphasis should be placed on why Tracy is dressed like Cruella de Vil.) Demi spends her time “spanking” Colton, which shows her crazy side AND solidifies that she will indeed have her own Dateline NBC special in 10 years or less. Caelynn and Hannah B. continue their “he said-she said” storyline, and it’s confusing all three of Colton’s brain cells because he doesn’t know what to do.

Hannah B. goes back in and tells Colton that Caelynn held her hostage (or something of the sort) and to be careful. Ironically, she does all this while speaking in broken sentences, so now between her seizure-inducing dress and his brain cell traffic jam, he’s at a loss for words. Well, you better figure it out fast: Pier 1 Imports closes in ten minutes. At the end of the day, it sucks to be Hannah B., because the snitching backfires and Caelynn gets the group date rose. She’s safer than that “silver dollar” in Colton’s wallet.

Elyse (redhead, just in case you forgot like I did) got the one-on-one date card, and now they’re off. Due to typical LA traffic, they take a helicopter to San Diego for some alone time…or so they thought. All the producers decide to use Colton for free daycare, so they let him watch their kids on an epic amusement park date. On this date, we find out that one of these children has more kissing experience than one of the contestants (i.e. Heather). Breakdown: “Already Been Kissed,” Age 6. “Never Been Kissed,” Age 23 and counting.

The night part of the date continues in some random place that strongly resembles where they filmed Beauty and the Beast, and the two continue their deepening relationship. Elyse reveals some deeper information about her family, and it only makes you want to love her more. While I do love her more, I realize that she didn’t put her napkin in her lap, which, I don’t care WHO you are, that is a strong red flag for me. They end the date by dancing to some random country singer(s) and doing the worst line dancing attempt that I’ve ever seen.

Tayshia, Nina, Catherine, Sydney, Onyeka, Cassie, Nicole, and Caitlin are up next for their turn to solidify a spot in the next round on this “strong woman” date. Barely breathing, everyone squeezes into their smallest Lululemons and they attempt to work it out for Colton. For some reason, Colton decides to warm up with no shirt and tuxedo pants, but hey, I guess this is a season for firsts. The girls prove not to be too athletically inclined, but guest star Terry Crews tries to whip them into shape for their later events. They compete in a series of events, and Onyeka literally runs away with the prize.

The night part of the date leaves a lot to be desired, and at this point, commercials are welcomed. Caitlin gets shipped home on the date after she admits to “not having anything going on in her life.” Caitlin, I know of mannequins with bigger career aspirations than you. Please exit left. Pro Tip: Use Lyft promo code GONE2SOON to avoid surge pricing.

Colton decides to cancel the cocktail party…in place of a daytime pool party. The irony: He shows up to a pool party with a shirt, after working out on the group date with no shirt. Dude, your mentality is ass-backwards. The “party” portion quickly ends after Hannah B. and Caelynn play tug-of-war with his emotions once again. Arguing at a pool party should be reserved for who’s going to control the aux cord, not which state beauty queen do I love more. Answer: neither state, because both of y’all got issues.

No Cocktail Party… TRANSLATION: We’ve maxed out our liquor budget for the week.#thebachelor

Without the cocktail party, most of these girls are sober, so the drama is lacking. Most of the comedy comes from the sleeve that Hannah B. has wrapped around her neck. Roses are given out with no surprises, and the last one goes to Hannah B. That means we lose Nina, Bri, and Catherine (along with her dog that is MIA), which is cool because they can all UberPOOL home. Hannah B. getting a rose isn’t a surprise, given that her drama with Caelynn is the only thing keeping this season afloat. The real feud: who has more teeth in their mouth between the two. Five out of five dentists would suggest they both have over the recommended amount.

Sidenote: I need to remember to take Advil prior to the episode next week. This is too painful to watch.