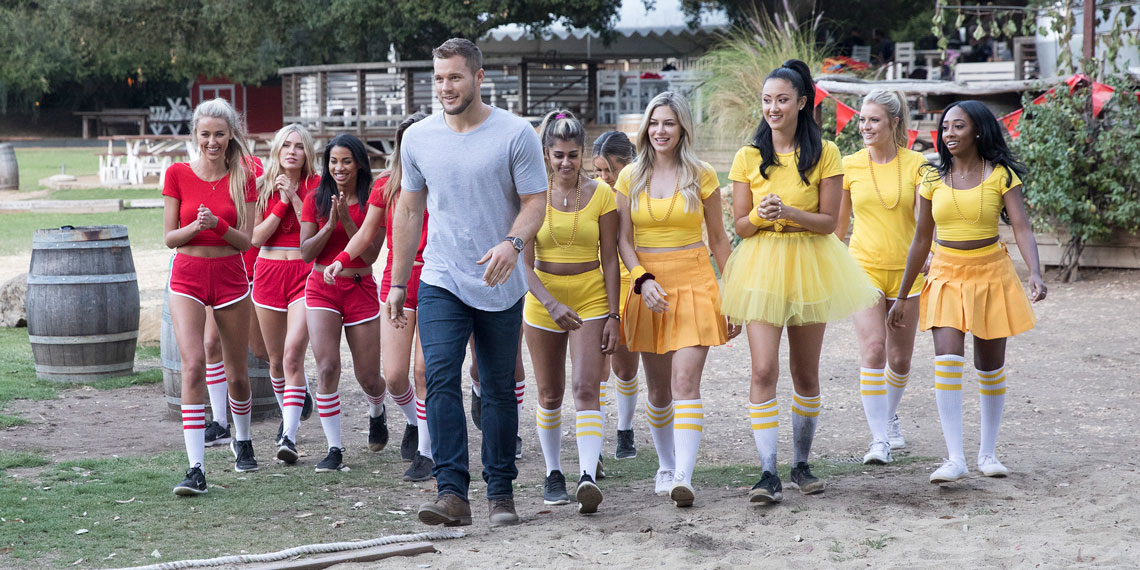 Diggy Moreland’s ‘Bachelor’ Recap: Get Hannah B. A Teleprompter

Another Monday, and we made it to episode two of The Bachelor. This means that this whole “Colton being The Bachelor” is a real thing that’s happening, unless I’m having two nightmares on back-to-back Mondays. I think I’d rather spend my time watching plants being repotted on HGTV than Mr. Underwood finding his first sexual partner on national TV. Anywho, let’s get to it.

Episode two opens up with Colton filming a video of himself to Bachelor Nation about how he’s excited to start the process. Colton, I’ve never been the Bachelor before, but something tells me once they name you the Bachelor, you don’t need to send in another audition tape. Just a heads up.

Chris Harrison enters the mansion around 2pm and 90% of the women look like they just woke up, while 100% of them look like they still have morning breath. No doubt they’re still tired/hungover from the cocktail party. (Real Moment: We don’t get done with those until around 5am, at the earliest). He stirs the pot by dropping off the first date card, and girls start picturing which outfit that shows the most skin they’re gonna wear. Pump your brakes, ladies because: 1) Colton clearly isn’t affected by yoga pants and midriffs like I am and 2) Most of y’all aren’t leaving the house. He essentially takes the first few names in alphabetical order and takes them on a group date.

The group date goes to a theater of some sort, probably because it’s in walking distance and they got it FO’ FREE.  There we get to meet Nick Offerman and Megan Mullally. (FINALLY, something worth watching!) They make them aware that the date is to tell a group of 200 people about your “first” time. Well, given that our lead is on his zeroth time, this is awkward as hell. The girls get up there and tell their Shakespearean version of their first time in front of the crowd, and it’s as awkward as you imagine for Colton. Imagine if Stevie Wonder was telling you that your socks didn’t match. Yea, that kinda awkward. Demi probably has the most memorable “first” of the night, and assaults Colton’s lips with her lips in front of the entire crowd. Tracy, the only person on this group date that didn’t need a permission slip, is not pleased, and BOOM we got our first rivalry.

Back at the mansion, Harrison drops another date card, and BOOM Hannah B. gets a one-on-one on her BIRTHDAY. Coincidence much? Well, Colton takes her on a horseback ride through the desert, where they end up in a hot tub. I’m sorry, but you’re in the desert…and then you gonna put me in something even HOTTER? If that’s what it takes for love, I don’t want no rose.

Hannah B. obliges, mostly because she doesn’t have a car and Colton drove so she’s stuck. Colton probably does the best thing he’s done so far and gives the most eloquent toast, to which Miss Alabama responds: “Roll Tide.” Hannah B. tries to reciprocate a great toast, but let’s just put it this way: to say she was struggling to speak is an UNDERSTATEMENT. The whole time she was saying “line??” aloud to figure out what to say next. PLEASE get this girl a teleprompter.

If you took a shot for every word Hannah B said on that date, you could still operate heavy machinery in all 50 states.#thebachelor

Second half of the date is at night on a ship, and for her sake I hope it’s the S.S. Speak Your Mind. She spends most of the date just smiling and struggling to put a sentence together, and Colton picks up on it. The name of this ship must be Titanic, because this date is going down FAST. She then tries to salvage the date by saying she’s nervous, and the producer whispers to Colton: “We can’t send her home on her birthday, it’s in her contract.” Unfortunately, she somehow gets a rose. Safe for another week.

Next large field trip (read: group date) is to camp, where 10 girls get to chance to compete to spend the night with Colton. Broken into two teams (red/yellow), the yellow team ends up losing and heads back to the mansion early. Don’t worry, spending the night or not, you were gonna sleep in separate beds anyway. The 5 red team winners get their one-on-one time with Colton, and Heather use this time to tell Colton that she’s never been kissed. In what might be the most awkward season in Bachelor history, they stare into each others’ eyes like a game of Rock, Paper, Scissors was on the horizon. They end it with a single-arm hug, like the hug you give someone who owes you money, and the night ends.

Rose ceremony time (thank God). We didn’t hear much from Catherine (or her dog) this episode, but you know she’s not going home. People responsible for Ubering home on their own with no phone: Annie from New York, Alex B., Angelique, and Erika who I thought was part of the crew and not a contestant. Don’t worry ladies, I think episode 2 is the cutoff for the reunion show, so I think you’ll be back.

We have feuds brewing, claws showing, and to make matters worse: Heather still hasn’t been kissed. Maybe it’ll happen next week. Please….SOMETHING to make this season worth watching!!!