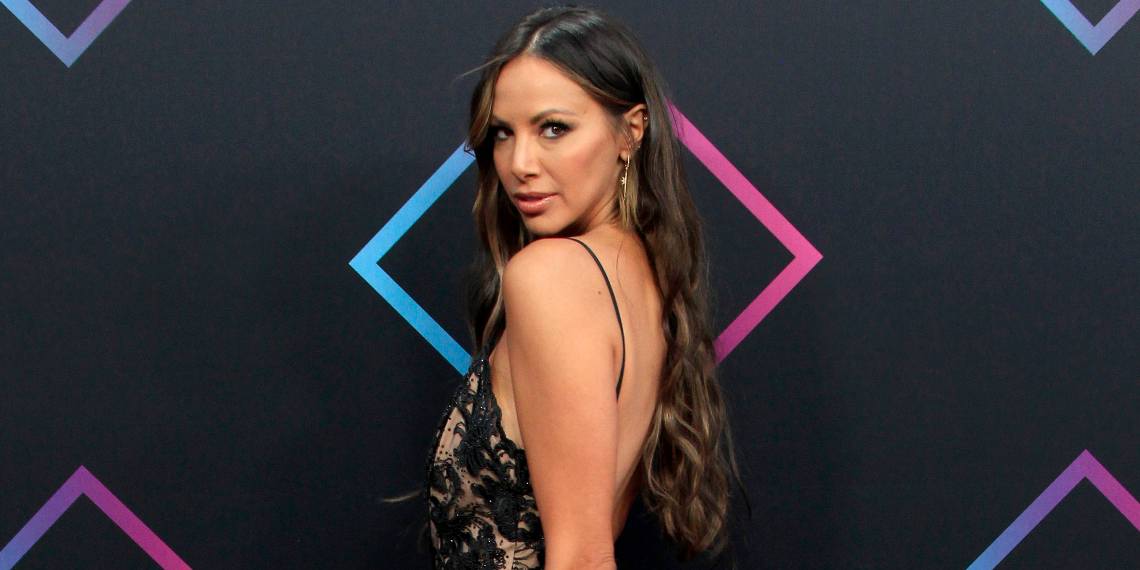 When Kristen Doute’s nose isn’t deep in a mountain of Raquel’s pasta, it’s deeper in other people’s business. Since she finally settled down with a normal guy who doesn’t share a hair straightener with her, her only storyline on Vanderpump Rules is that she meddles in the lives of others. So it should come as no surprise to us that Kristen is on Twitter trumpeting who isn’t invited to Jax and Brittany’s wedding.

James, Raquel, and Billie Lee are ? not invited to Brittany & Jax’s wedding.

I saw this tweet and was immediately dubious that anyone, least of all Jax and Brittany, would ever tell Kristen anything confidential. However, there might be some truth to what she is claiming, if the Vanderpump Rules stars’ social media habits mean anything. Yes, I keep tabs on this. No, I don’t have a life. No further personal questions, please. As of a week or two ago, Kristen actually was following Billie Lee, but she unfollowed her since. (I know this because I had researched it for another article that never came to fruition.) Given that this cast has the emotional maturity of 15-year-olds, Kristen deciding to unfollow Billie Lee likely means something happened between the two of them. Billie Lee still follows Kristen, though, which could mean that she has no idea Kristen has beef. Or it could mean Billie doesn’t keep an obsessive list of who from the VPR cast follows whom. (She’s not better than me!)

What’s perhaps more significant is that Jax also unfollowed Billie Lee recently. We all know Jax is real quick with the unfollow, so presumably something sparked him to do this, even if it was something insignificant and dumb. But Brittany and Billie Lee still follow each other, which I think means that either they are cool, or if they’re not, Brittany is not as petty as Jax. Even if Jax does have an issue with Billie, Brittany’s the bride, so she probably has more of a say in who gets invited to the wedding. Then again, Jax controls Brittany’s every move, sooo… Billie might be excluded from this narrative.

Let’s move on to Raquel and James. Not so surprisingly, Raquel and James don’t follow anyone from the cast and the cast doesn’t follow them back. Last night on WWHL, James admitted that he doesn’t expect to be invited to either Brittany or Lala’s wedding. Makes sense, given everything we’ve seen on the show so far, and I’ve got to respect James for being self-aware and not trying to pull a Kristen.

What is shocking is he said there’s a bigger chance that he’d be invited to Brittany and Jax’s wedding than to Lala’s. According to James, he and Jax tend to bounce back after ripping on each other and screwing each other over. Credit to James for being the only person in this cast ever to notice that this is literally what eventually happens with every cast member ever. It’s called the Circle of Life.

@bravowwhl TONIGHT WITH ME BABY!!! ? @raquelleviss #pumprules (I look like a boss in this photo) ?

Jax and Brittany have yet to make a formal announcement about who’s invited to their wedding. However, I think Kristen making the announcement makes more sense. Jax saying who isn’t invited to the wedding would just devolve into him going on another tangent about how he has changed SO MUCH and NO ONE ELSE HAS before hawking protein powder or an electronic toothbrush. And Brittany is too nice to say anything until she’s left with absolutely no choice. So who better than Kristen to insert herself into drama that doesn’t concern her and f*ck up people’s lives? Nobody, that’s who.

We’ll have to keep watching and following on social media for more wedding developments, but one thing we can be sure of is there’s going to be plenty of drama.