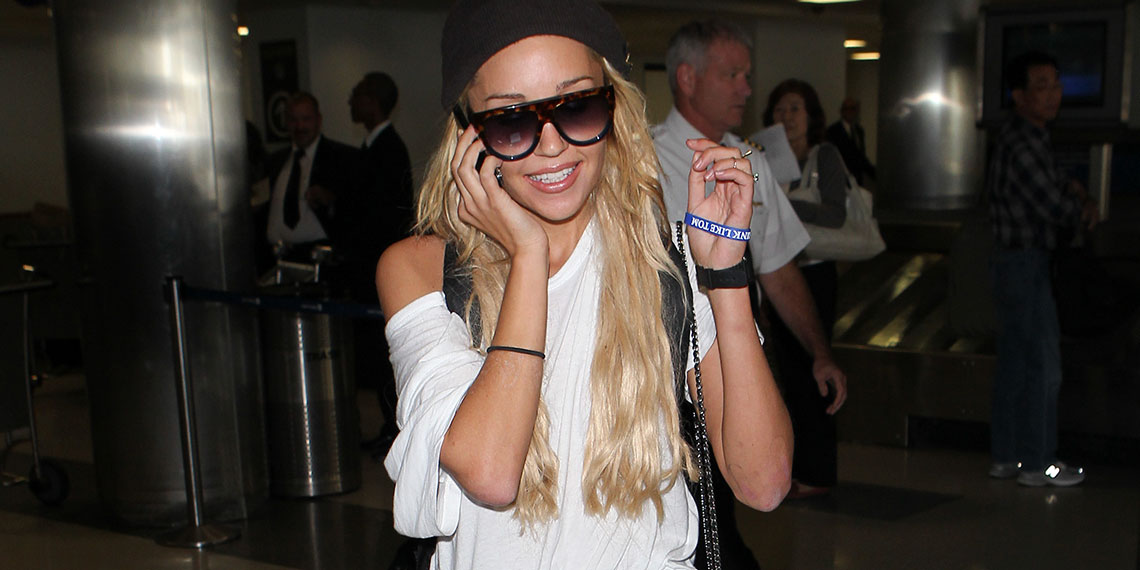 If anyone has had a roller coaster of a decade, it’s Amanda Bynes. Way back in 2010, she announced an indefinite hiatus from acting, and things have been a little rough for her since then. I don’t need to rehash all the details, because honestly I don’t have all day, but we all remember the tragic tweets, and the even more tragic blonde wig. Truly a moment in time I will never forget. But all that is in the past, and there’s a fresh batch of Amanda Bynes drama that we need to talk about. She isn’t tweeting about Drake murdering her vagina anymore, but things are not all sunshine and rainbows.

First, a quick recap of Amanda Bynes’ 2019. In January of this year, Amanda checked in to a rehab program after an alleged mental breakdown. In late 2018, she had announced her relaunch of her career in a Paper Magazine interview, but a People source said that she began to struggle once she started getting media attention again. She remained in the inpatient mental health facility through the spring, and when she graduated from FIDM with her Associate Degree in June, she received a day pass to leave treatment. Shortly after receiving the Associate degree, she began classes at FIDM to work toward her Bachelors degree, and things seemed to be looking up for her.

Details about her whereabouts were scarce through the summer and fall, until last week, when things got dramatic all of a sudden. Reportedly, Amanda had been staying at a sober living facility, where she had to cooperate with strict curfews and drug testing, and received mental health treatment. But last week, Amanda decided it was time to go, and checked herself out. While initial reports suggested that Amanda was spiraling out of control, fleeing from the facility and disappearing to god-knows-where, an Entertainment Tonight source clarified that she’s actually staying with her parents while she figures out where she wants to live.

While it normally wouldn’t be that scandalous to move back in with your parents, in Amanda Bynes’ case, things are a little more complicated. She reportedly wants to move out and get her own place, but she can’t just do that, and unlike me, it’s not because she can’t pay the broker’s fee. It’s because, since 2013, she’s been under a conservatorship with her parents. They first filed for this when she was placed on a psychiatric hold, and have renewed it as recently as last year. This means that, much like we’ve discussed with Britney Spears, Amanda Bynes doesn’t legally get to make a lot of her own choices, regardless of where her mental state is at. But even though her parents are her conservators, they don’t really get to make the choices either—instead, they have to meet with a judge. I am not a lawyer, don’t ask me why. Therefore, Amanda and her parents were in court for a hearing this week to decide whether or not she should be allowed to live on her own, now that she’s left the sober living facility.

On top of leaving the sober living facility, the ET source also said that Amanda recently dropped out of her classes at FIDM. Of course, people leave school for a wide variety of reasons, but it definitely seems like she’s going through a tumultuous time right now. There’s no word yet on what the judge decided in regards to her living situation, but for now, let’s take a look at Amanda’s most recent Instagram post to get a better idea of where she’s at right now. Here it is, take it in:

So. We’ve got a teal hair situation and over-plucked eyebrows, but what we really need to discuss is the caption, because it’s both offensive and confusing. First of all, Amanda, to my knowledge, is not Japanese, so she really shouldn’t be captioning her photo Geisha girl-anything. The whole concept of Geisha is widely misunderstood in western cultures, which is problematic. Buuuut the other, even weirder thing is that there’s literally nothing about this photo that says “Geisha girl vibes.” It’s just like, a run-of-the-mill selfie? Why would you go with a cringy caption like this, when it doesn’t even describe the photo?

While this photo alone isn’t evidence that Amanda Bynes shouldn’t be trusted to live on her own, it’s something I won’t stop thinking about for a while. Before, she had school and a theoretical return to acting to focus on, all while living in a facility designed to help her out, but now the sources are saying that she’s basically doing nothing. If I were her, I might just chill at my parents’ house for a bit, until I had something else going on. Like, I would literally give anything to go a few months without paying rent. But hopefully the judge makes whatever the right decision is for her, and Amanda comes up with Instagram captions that are a little less questionable. Call it a New Year’s resolution.