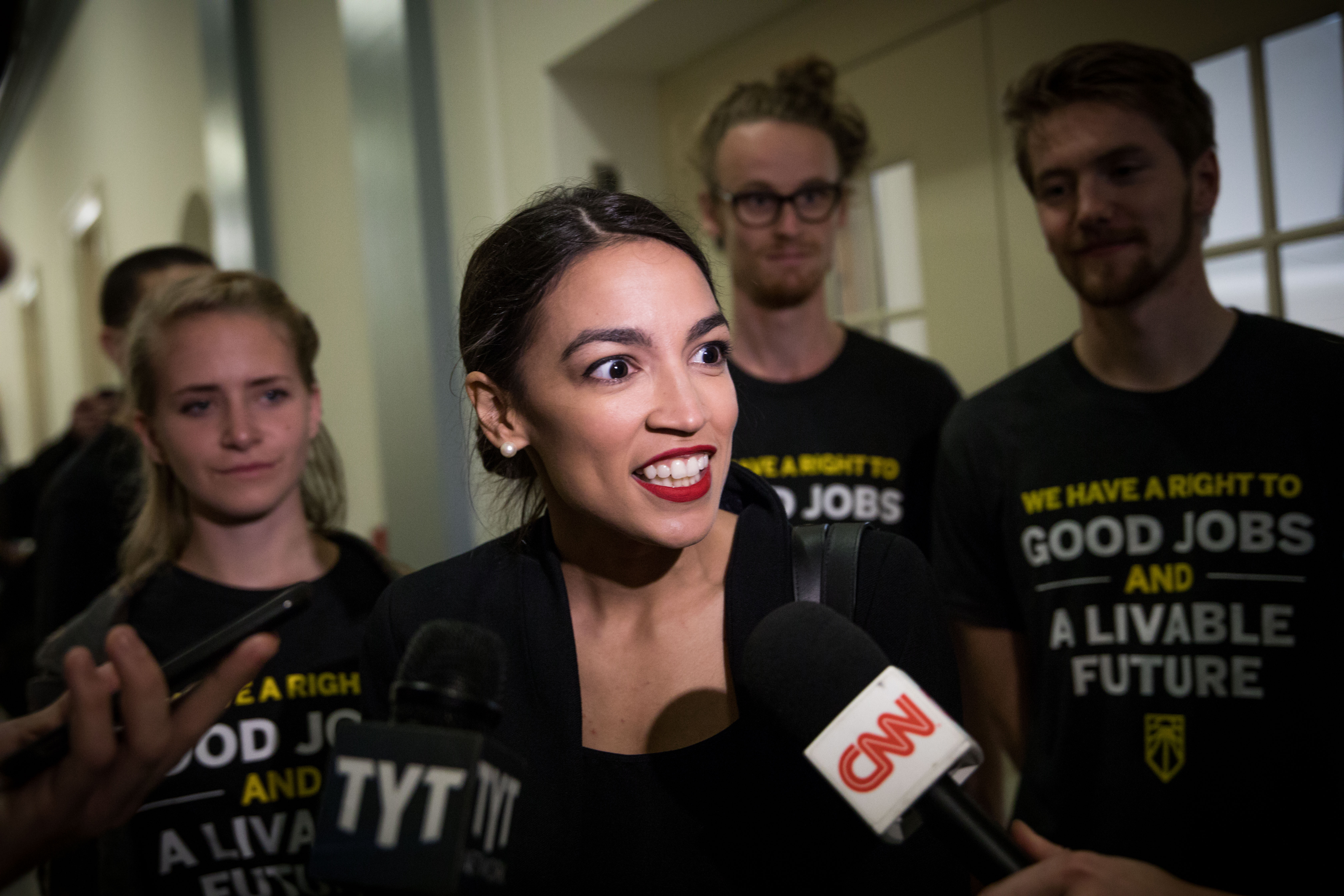 The hottest club in Washington DC tonight is the State of the Union! Anyone who is anyone (on the hill) has the exclusive invite and this year they’re bringing more guests than ever. It’s the first SOTU since the longest government shutdown in American history (remember that?) So who is on the invite list?

Well along with the usual suspects aka the Senate and House of Representatives, there will be an onslaught of new faces at the event this evening. Lawmakers are specifically bringing guests to piss of Trump, which is a party power move and we must respect it as such. Here is who we will be seeing in the hallowed halls of the House Chamber.

2020 hopeful Elizabeth Warren is bringing a government worker who was affected by the shutdown. Oh, the shade!

Glad to announce Sajid Shahriar will be my #SOTU guest. He’s a MA federal worker and union leader who went 35 days without a paycheck during the #TrumpShutdown. Government workers like Sajid shouldn’t be used as bargaining chips. They deserve better. https://t.co/EtnraHIAr3

Dick Durbin also went the “remind everyone Trump shut down the government” route by inciting an air traffic controller!

President Trump’s shutdown was a kick in the gut to Toby Hauck & all air traffic controllers. Their stories & pleas to reopen the government in the name of public safety stopped this President from inflicting more damage to our country. I’m honored to have Toby as my #SOTU guest. pic.twitter.com/DR6gcGghvo

I mean, we all knew Alexandria Ocasio-Cortez would bring out the big guns. She’ll be attending the SOTU with the activist famous for yelling at Jeff Flake in an elevator over the Kavanaugh nomination.

I’m proud to announce that my #StateOfTheUnion guest will be @AnaMariaArchil2.

Ana Maria is the NY14-er who famously jumped into the elevator with Sen. Flake to elevate the stories of survivors everywhere.

She‘s living proof that the courage within all of us can change the ?. https://t.co/OLSeNbP4Z2

Chris Pappas is out here reminding us that trans troops are already serving in the military, and that their sacrifice won’t be forgotten no matter what the administration’s policies are.

My guest for the #SOTU will be Tavion Dignard, a transgender Navy veteran. The Trump Admin’s transgender service ban makes America less safe and politicizes our military; everyone who is fit to serve should be treated equally. I’m proud to welcome to Tavion to the People’s House. pic.twitter.com/LLjWUoZYav

Freshman Rep. Sharice Davids is bringing a health care advocate with her. Which party was it that wanted to repeal Obamacare again?

My guest at this year’s State of the Union will be Laura Robeson – proud mom to Danny & fierce health care advocate. Laura is passionate about making sure Danny & all kids have access to the care they need.
Read more: https://t.co/U7cnH0VaCw pic.twitter.com/ijmlFwJwom

As is the case with all parties, there will be some guests in attendance who are not as much the vibe and everyone is low-key wondering why they’re invited.

Far be it for any of us to say a child should be bullied or should not be at the SOTU just because he has an unfortunate last name, but isn’t it kind of rude to bring a bullied child to a speech by biggest bully on Earth? Just a thought…

Joshua Trump, 11, who has been bullied for his last name is among President Trump’s #SOTU guests. https://t.co/dx7gE5Ykkb

Actual white supremacist who serves in our government Steve King invited Diamond and Silk, two Trump supporting YouTube ladies who conservatives are obsessed with. Congrats to them?

Having only one ticket, I invited one of two guests for the State of the Union tonight, #sotu Lynnette Hardaway & Rochelle Richardson, otherwise know as Diamond & Silk. Diamond won the coin toss. Both will be my guest speakers at COS in the morning. pic.twitter.com/bCutypAOoJ

Of course there is one person who will not be at the SOTU this evening and that is the designated survivor in case everyone is blown to smithereens in the House Chamber. Imagine being lucky enough to not have to listen to Trump talk for an hour.