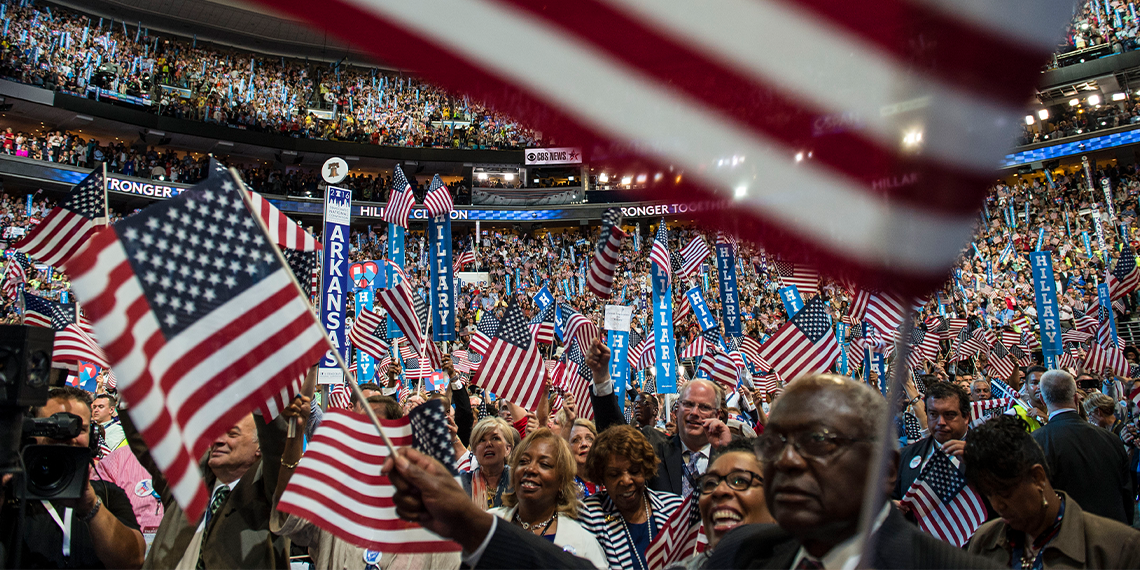 The primary elections have just begun and I’ve already aged 46 years as a result. If the Iowa Caucus taught us anything, it’s that it’s time to nap for the next 25-50 years the Democratic process can sometimes be a hot mess.

Much like when you and an acquaintance keep forcing small talk and suggesting you get lunch whenever you run into each other, parts of the primary election process have us asking: why are we doing this?

First of all, this whole ~delegates~ thing is p confusing and nonsensical. As we saw with Iowa, a candidate can win the popular vote but still end up with fewer delegates than another candidate, as was the case for Senator Bernie Sanders. It seems wrong that someone with the most votes can lose, which is also how we ended up with Donald Trump as president after he lost the popular vote but won the electoral one. You live, you learn, right? Oh, we didn’t? F*ck.

In order to secure the nomination, a candidate needs to receive 1,991 delegates. By the end of February, there are still a lot of states to go — some with a lot more delegates to give out.

But with so many people in the race, some are growing concerned that no one will receive all 1,991 delegates needed for the nomination, and then the nominee will have to be chosen through a *~*contested convention.*~*

IMO, this system is outdated and needs to be adjusted, but until then, we are unfortunately stuck with it this time around. So, it’s probably best we know exactly how it works, so we can have informed opinions on what needs to be fixed in the future.

Without further ado, I will break down how the delegates system works, why a contested convention might be necessary and how it will work, and then I will proceed to scream into my fourth cup of coffee of the day.

Let’s talk about these delegates

Delegates are representatives who cast votes on their state, district or territory’s behalf for the nominee at the Democratic National Convention, which will be held in Milwaukee on July 16th.

There are 3,979 delegates. A candidate needs 1,991, a majority, to secure the nomination. There are also 771 superdelegates, but we’ll get to them later.

Delegates work differently in each state, because why make anything simple and comprehensible? Much like Democratic policies, Democratic primaries aren’t a winner take all situation. For example, just because a candidate won the most votes in a state doesn’t mean they take home all the delegates. Instead, candidates generally get delegates proportional to their performance in the state based on some complicated formulas.

Long story short, delegates are a messy bitch who live for drama.

Another thing about delegates: you have to pass the 15 percent threshold of popular votes in order to win any delegates at all. That explains why both Warren and Biden didn’t receive any delegates in New Hampshire, and Warren left Nevada empty-handed.

The idea here is to make sure that only top-earning candidates stay in the race. The delegates are allocated proportionally, but only to candidates who are doing well. This (kind of) makes sense in a less populated race, but with so many candidates on the 2020 ballot, things are getting a little sloppy. The 15 percent threshold isn’t quite high enough at this point, as it’s not that unlikely for candidates to keep missing it with so many others making up the percentage.

They’ll all keep pushing forward, taking up delegates, and eventually, it might get to a point where a candidate would have to start winning states by a very large amount in order to get all of the delegates needed.

So, what happens then?

The nomination would come down to a vote at the DNC in July, aka a contested convention. This there would be a “second ballot,” whereby 771 superdelegates get to cast their votes for whomever they want making whoever had the most votes/delegates up until then essentially irrelevant, in theory.

Superdelegates are basically members of the DNC who are free to support any candidate they want if no candidate crosses the threshold on the first ballot. We would hope that the superdelegates would vote for whichever candidate clearly has the majority of support from the voters, but they are not required to. They can choose whoever they want, really.

There’s already so much tension within the Democratic party in this election, as it seems to be at a crossroads of deciding whether to lean more left or towards the middle, so having the final decision be made by the establishment and not the people seems like a recipe for disaster and revolt. And one that could ultimately divide the party at a time when we need to stand together if we’re going to defeat Donald Trump.

At this point, all we can say is get out there and vote for the candidate you support. The democratic process is much more powerful if we all participate.