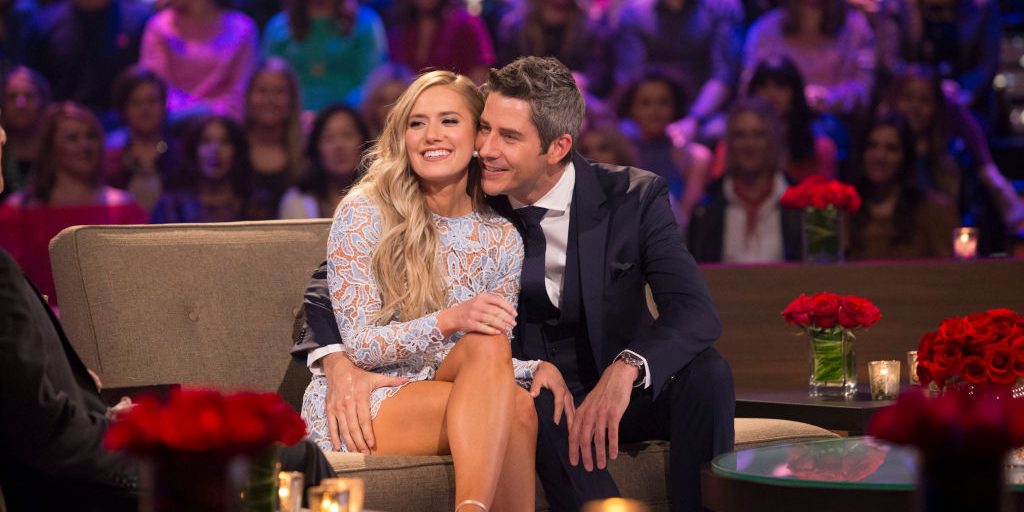 Something shocking happened on last night’s episode of The Bachelor. No, not Arie’s sadistic staged breakup—last night, I started finding Lauren B. relatable. I know. Lauren B., the human toaster? Lauren B., the very advanced robot whose “pat eye corner” function looks almost like a real human crying? Hear me out. While I’m in no way defending ABC’s choice to build a TV show around her, I’m starting to understand her. Here’s a rundown of why you’re probably more like Lauren B. than Becca.*

Exhibit A: Lauren B. Meets The Parents

Let’s get one thing clear from the start: Lauren B. is relatable as a person; she’s not good TV. (I actually think her on-screen dullness is relatable in and of itself. I too suspect I would not be good TV.) So while her visit with Arie’s family was an exercise in not falling asleep in your wine, it seemed realistic. He’s worried she’ll be too shy. They touch a little more than appropriate. She cries from nerves. She’s shocked when it goes well. All of these things happen pretty much every time my boyfriend introduces me to anyone (I know, I’m a treat).

Lauren B. looks like a walking Google Image search for “cheerleader,” so you assume she must be bubbly or bitchy. And she’s definitely not bubbly. But (hot take) I don’t think she’s bitchy either. I think she’s awkward AF, and genuinely shy, and I have no idea why she signed up for this show. Just look at Becca in comparison—within five minutes, the family has her pegged as the “confident, outgoing” one. She wears a blazer and talks about her nerves with a confidence that no one with real nerves ever has. Becca is a strong, independent woman who takes Arie apple picking as a date. Lauren B. is bad in social situations, requires constant reassurance in relationships, and makes Arie ride a beach pony as a date. Which one did you say was more relatable?

Exhibit B: Becca’s Description Of Lauren B.

When poor Becca is forced to discuss her boyfriend’s other girlfriend, she’s extremely graceful about it. After diplomatically stating how different they are (true), Becca finally admits that their differences aren’t the only issue. (I would think them both dating the same man would torpedo any burgeoning friendship, but somehow that doesn’t come up.) They didn’t become friends because “other people were easier to get to know,” according to Becca. In the real world, that’s a normal thing to say. But this is Girl World, and here, that means a few things. 1) Lauren has serious RBF. 2) Becca and the other girls talked shit about her and thought she was unfriendly and boring. 3) Lauren was never here to make friends, and probably couldn’t have if she wanted to.

As someone who attended five different summer camps without making new friends, OH MY GOD did I find that Becca comment relatable. We saw a little bit of this side of Lauren as they neared the finish line and she started telling the producers how she wanted everyone else gone. And not in interview mode—just Lauren B. talking to a producer in the hall after the rose ceremony. AKA, definitive proof that she had no friends in the house (probably why we hear her speak so little). She talks to the producers only, because they’re paid to manipulate her be nice to her, and Arie maxes out her social interactions for the week. Honestly, feels. I always thought the girls cry-hugging and saying “love you” as they leave was the least realistic part. I take between 10 and 100 years to reach that kind of intimacy with other people.

Becca: I made so many friends!

Exhibit C: Lauren B. Gets Dumped

Obviously, these girls are always the most relatable when they’re being dumped. (Just me? Back to therapy it is.) But Lauren in particular said something I found both hilarious and insightful: “I feel like he’s making the easier choice,” she says. Judging from everything Arie’s said about both relationships, that seems on point. But Lauren is the one to say it, and to isolate that factor—Becca is easier—without judgment. Lauren doesn’t say it cattily, or imply that Becca’s  relationships are superficial because of it. She doesn’t weigh it as a judgment against herself that she’s more difficult. She just seems genuinely disappointed in Arie for not figuring out what he wanted sooner. And isn’t that just the betchiest thing you’ve ever heard?

Lauren B. knows she’s a challenge. She’s been upfront that she’s a challenge. If Arie doesn’t pick her, it’s not that he didn’t love her. Arie just couldn’t rise to the occasion. He didn’t want to work that hard. He wasn’t capable or willing. To say “I think he made the easier choice,” and hate him for it instead of hating yourself takes courage. Everyone go write that down for the next time a fuckboy blows you off. “It seems like he’s making the easier choice,” you’ll say breezily at brunch. Because if you’re being honest, you want a boyfriend who works his ass off for you. In snack runs alone, my boyfriend has put in too much time and money to call our relationship easy. A guy who isn’t up for that is failing your test, not the other way around—and Arie failed Lauren B.’s.

So, was this article just a plug for Lauren B. and Arie getting their own spin-off? Absolutely not and I’d die before watching that. But as horrendously blah as she is on-screen, think carefully about how your own anxiety and subpar people skills. Lauren B. is not a cardboard cutout. She’s just a person who does poorly in the spotlight and opted to be on national TV.
Images: Giphy (3); Getty