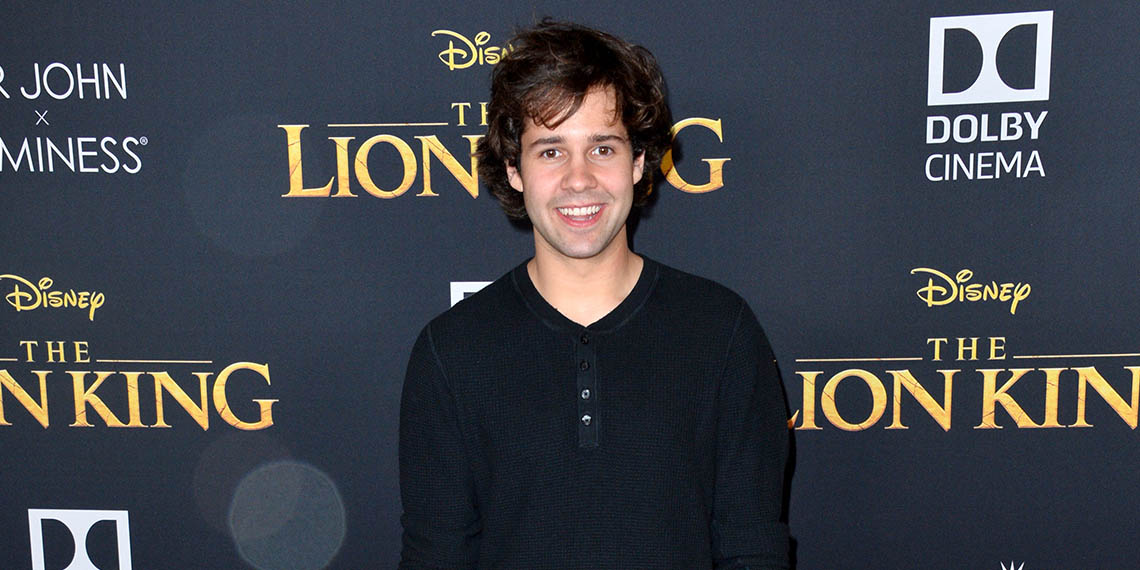 David Dobrik Is Under Fire Today, But Internet Prank Culture Has Greenlit Sexual Assault for Years

Content Warning: This article contains descriptions of sexual assault and may be triggering to some readers.

We use many different words to describe sexual assault and harassment: criminal, violating, non-consensual. Here’s a word we rarely use in this context: cringey. That’s the word mega-creator David Dobrik might use; in fact, he would go for a tasteful “SUPER CRINGEY.” Dobrik rose to fame on the late video platform Vine (RIP), and later in 2015 through his four-minute-long vlog-style videos featuring a group of boisterous friends, later dubbed The Vlog Squad. In 2019, Dobrik was the fifth-most viewed creator on YouTube, and dubbed “Gen Z’s Jimmy Fallon” by The Wall Street Journal. Beyond the YouTube platform, Dobrik went on to voice animated roles in commercial films and host television programs for Nickelodeon and the Discovery Channel. In the social media world, David Dobrik is a bonafide A-lister.

Dobrik has come under fire in the last month for allegations of sexual assault in his vlogs, but his is not the first YouTube channel to hide assault in plain sight. The prank culture which has flooded the platform in the last 10 years has created a breeding ground for unwanted sexual advances, the only real consequence being demonetization of videos and loss of the mighty ad dollar.

Last month, former Vlog Squad member Seth Francois came forward to discuss a now-deleted video from 2017 in which he was sexually assaulted. Before planning and filming Francois’ assault, Dobrik used him as a prop in a number of racist and antiquated bits (think watermelon jokes and gorilla masks). To summarize the video in question, it follows the formula of many of Dobrik’s vlogs, turning Vlog Squad member Jason Nash into a dancing puppet to surprise unsuspecting friends. Hilarious. In the video, we see Francois agree to a consensual kissing bit with a female member of the group, but to his surprise, Jason Nash enters the room in a rubber mask and proceeds to make out with Francois—without his consent. The Department of Justice defines sexual assault as “any type of sexual contact or behavior that occurs without the explicit consent of the recipient,” defining consent as “an agreement between participants to engage in sexual activity.” Simply put, any sexual contact without consent is considered sexual assault in the eyes of the law, and YouTubers are no exception.

In a recent appearance on the H3 Podcast, Francois detailed the events leading up to and following the public “bit.” Echoing the sentiments of so many male victims of sexual assault, what followed was a three-year battle of confusion and emasculation for Francois. Dobrik’s removal of the video has not stopped clips from resurfacing in the past two weeks, and while he has yet to make a statement, the internet is abuzz. On February 16th, Jack Link’s Jerky, a product which appeared in the original video, tweeted to clear its name of any connection to Dobrik, ensuring that the brand ” not tolerate or condone any non-consensual conduct such as what happened in this video.” For those taking the video’s removal as a sign of growth, not so fast. Dobrik once reflected on the clip on his own podcast, referring to the bit in question as “the perfect setup,” Nash following up with, “it’s good for Seth, it gets him some air time.”

David Dobrik may be taking the hot seat this month, but assault shrouded in prank is basically a building block of YouTube’s foundation. Just days ago, three YouTubers in Mumbai were arrested for sexual assault and “creating obscene and vulgar prank videos in public places.” Through more than 300 public videos, the accused creators would approach young women, offer them money to act in their videos, and proceed to touch and harass them as a “prank.” The consequences of these types of prank videos are far from consistent, and it’s impossible to ignore the divide in response between male and female victims.

Enter defamed YouTuber, Sam Pepper. Before his “Killing Best Friend Prank” video and public rebranding, Pepper was a huge creator on YouTube with millions of views. In those earlier years on the platform, a video hitting one million views was a big deal. Pepper’s content was viral and almost entirely prank-based, but in September of 2014, he incited his own reckoning. Pepper uploaded the now-infamous “Fake Hand Ass Pinch Prank” video, in which Pepper would approach women in public, ask for directions, and grab their butts with a fake hand. The internet almost immediately snapped on Pepper, with #ReportSamPepper trending on Twitter. Users called for his removal from the platform. Female creators were quick to speak out against him; one creator publishing an open letter calling on him to “stop violating women and making them uncomfortable on the street for views.” The letter would go on to collect more than 110,000 signatures.

That was the reaction in 2014. Just three years later, Dobrik would post the video, “HE THOUGHT HE WAS KISSING HER!! (SUPER CRINGEY)” — yes, that’s the title — presenting the sexual assault of Seth Francois as comedy. Where were the open letters for Seth? Where was his 100,000-person army, and why weren’t creators urging Dobrik to stop making his friends uncomfortable for views? Are we trying to protect Gen Z’s future King of Late Night, or is this just another example of the world turning a blind eye to male sexual assault?

According to a statistic of the same phrasing, at least one in six men have been sexually abused or assaulted, and the stigmas that weigh on male victims are short-sighted and dismissive. Men can’t be forced into sexual acts against their will, men are less affected by assault, women cannot rape men. For male victims, mass public support is like shoddy cell service—spotty, inconsistent, and laden with fine print. That said, whether the victim is male or female, the world’s message is clear. We’ll support you if your abusers aren’t primary revenue sources. We’ll speak out if we’ve already unsubscribed.

For Francois, the aftermath of his assault mirrored the fallout of so many survivors before him, male and female. He struggled with identity and masculinity and fought hard to accept that he wasn’t at fault. He fielded overwrought questions like, “why has it taken years for you to speak up?” His response is simple. “When he pulled the mask off, it was a split decision,” says Francois, “I could either give in to my natural instincts and be the angry Black guy in the room, or I can just go along with it, and I made that decision.”

In his appearance on the H3 Podcast, Francois speaks on the situation in the simplest terms he can: “I was touched by someone I did not consent to.”

In the last few years, we’ve made serious strides in the recognition of unjust behavior and created space for victims to speak out, but the conversations surrounding male sexual assault need to catch up.

If you are a survivor of sexual assault, you can call the National Sexual Assault Hotline at 800.656.HOPE (4673) or visit their website to receive confidential support.