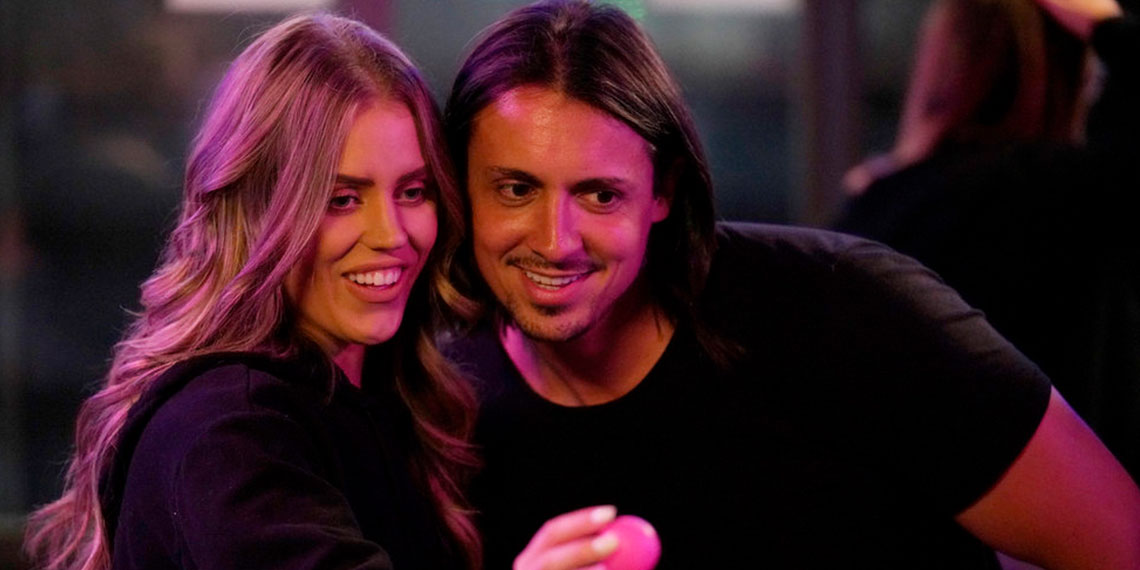 This season of Vanderpump Rules has been a frustratingly mixed bag. For every hilarious one-liner or moment of genuine drama, we’ve spent an hour watching Jax be an asshole or Dayna pretend to care about Max and/or Brett. It’s safe to say this has been one of the weaker seasons of the show, but there have still been a few bright spots. Of course, we got to see pure coke rage Jax make his return, but I’ve mostly been enjoying the energy of the new women on the show—especially Danica Dow.

Danica isn’t a full-time cast member, which means we haven’t gotten a lot of details about her life, but we know that she’s an assistant manager at SUR, she’s gotten suspended for fighting at work, and she has at least two ex-boyfriends with restraining orders against her. I’m intrigued. Last month, Danica clapped back at Stassi for a tone-deaf tweet about working at SUR during the pandemic, and this week, she went on the Not Skinny But Not Fat podcast, hosted by Amanda Hirsch, where she shared her thoughts on some of the other VPR OGs.

First up, who’s number one on Danica’s sh*t list? Ding ding ding! It’s Jax! Danica said, “I was blocked right when he found out that I was gonna be on the show. He’s disgusting. He is gross. He and I had never even talked before them.”

What a clown. I totally get if some of the OGs aren’t excited to pretend to be friends with half a dozen new people, but Jax and his block button need to calm the f*ck down. Bravo still made half the season about his dumb wedding, so he really has no reason to be so angry about the new people on the show.

And in case you’ve been skeptical of everyone on the show acting like Jax still works as a bartender, Danica said that Jax works at SUR “a total of like, five times a month.” Yeah, okay. I’m sure that’s just during filming, and he’s drunk the whole time. Sounds like a hard job.

Danica also talked about her friendship with Scheana, but she threw a little shade in the process. She said that she’s “close” with Scheana, but that they’ve “struggled a little bit lately” as Danica has gotten closer with Dayna. Danica added that Scheana and Dayna are fine with each other now, but that Scheana is “a little possessive over her friends,” so she doesn’t want Danica to be too close with Dayna. Ah yes, classic Scheana. Honestly, when people call her boy crazy, they’re conveniently forgetting that she’s the exact same way with her female friends. I love Scheana, but she’s always been like this.

And of course, Danica also talked about calling Stassi out on Twitter. She said that Stassi’s tweet about SUR “triggered” her, and that many of the other SURvers who aren’t on the show were also upset by the tweet. And of course, she got plenty of backlash from Stassi stans, including some death threats. Ah, Vanderpump Rules fans, the most sane people in the world. Danica teased that they talked about the tweet on the VPR reunion, so I’m definitely intrigued to see if we’ll get some kind of apology out of Stassi.

Danica hasn’t been given too many chances to get in on the drama this season, but if coronavirus ever f*cks off and lets them film a season 9, I have a feeling that might change. They have to cut some people from this bloated cast, and I feel like Danica actually has potential to bring some exciting new storylines. Sorry, but I don’t want to watch Jax and Brittany bicker forever!