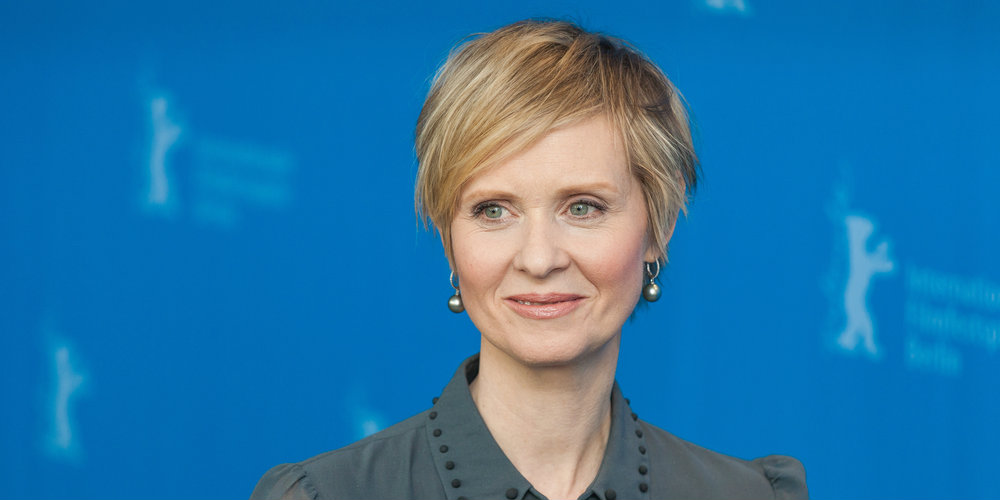 I don’t live in New York, because I value things like open space and affordable rent (I live in D.C. instead, where those things are only marginally more available and the people are uglier). That said, I do know that New Yorkers are pretty fed up with Governor Andrew Cuomo, mostly because the subway is all fucked up. I feel that. If that’s you, fret not: you’ll have the opportunity to primary Cuomo’s ass into the stratosphere on the back of … Miranda from Sex And The City? Yes, Cynthia Nixon is running for Governor of New York.

She even has a little campaign video raring to go on Twitter:

I love New York, and today I'm announcing my candidacy for governor. Join us: https://t.co/9DwsxWW8xX pic.twitter.com/kYTvx6GZiD

It’s a pretty slick production, which you’d expect from an actor. She talks about being a lifelong New Yorker, and how the subway she has almost certainly never used is fucked up. Oh yeah, and something about how people who live upstate are super poor and how she’s gonna “turn the system upside down,” or whatever.

Her battle is an uphill one. Despite being an activist and starring in one of the most popular TV shows in history, she lacks name recognition. According to the NY Daily News, Cynthia Nixon only registers at all with 42% of NY Democrats; 26% view her favorably, 16% view her negatively, and the rest have no opinion. Maybe she should just run as Miranda Hobbes?

Worst is that despite his shittiness (seriously, he allowed for one of the bluest states in the country to be run by Republicans in the House and Senate), Cuomo is extremely popular with Democrats. A poll this morning found that he womps Miranda by a margin of 66% to 19%, though the poll was conducted before she formally announced her candidacy. Still, New Yorkers love them some Cuomos. Seriously, between Andrew, Mario, and Hillary Clinton, you guys really can’t get enough of political dynasties, huh? Then again, his job approval rating is slipping, and fewer people say they’d re-elect him in other polls.

Anything can happen, I guess, though it seems unlikely Cynthia Nixon would win. The question is, if Carrie and co. were hesitant to visit Miranda in Brooklyn, what’s going to happen if she moves all the way to fucking Albany?