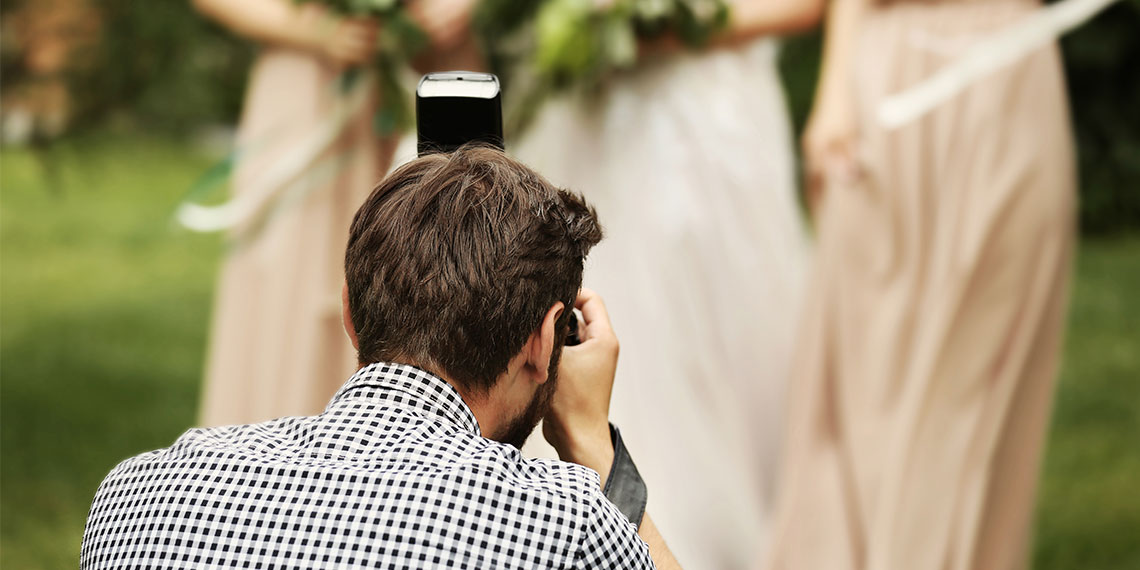 Crazy Wedding Story Of The Week: Please Pay To Work For Free

Today’s wedding story is dual-purpose for me. For one, it is a great expression of how batshit unreasonable crazy brides (and occasionally grooms) are. And for two, it deals with a situation that is near and dear to my heart: artists being exploited for free services/for exposure/because you’re friends. By “near and dear to my heart,” I really mean, “ask me for free work and die”. K? We good? PSA everyone: artists have to pay bills, too, and you can’t pay them with “valuable exposure.” I’m not sure what causes the sickening, all-encompassing entitlement that makes brides be completely abusive and take advantage of their friends, but it’s creepy and gross, and we’re gonna call it out. What you’re about to see though, is even worse than the 10,000 emails I get from people who promise to make me a *star* as long as I work for free. Because this crazy-ass bride thought her photographer friend should pay HER to work.

This story comes straight from Reddit’s Am I The Asshole forum, as so many of our psycho stories do. Our bride was getting married, so she asked The Photographer to do her photos. Pretty reasonable. Then the bride gave The Photographer the rate:

“You pay us $50 and then start taking photos that you can sell at the wedding to people who want them. That way we can use the money for the wedding and you still might get paid.”

Did you read that? And then read it again? And then read it one more time? Yes, THE BRIDE is asking The Photographer to PAY HER TO WORK FOR FREE, because then she can harass random wedding guests into buying the photos all night and therefore still “might get paid.” The photographer is also apparently now helping fund this wedding. I mean, I don’t see how The Photographer could refuse such a great opportunity. For the low, low price of $50, s/he can work for free, be a burden on everyone, and STILL might get paid. It’s like the dream.

Because The Bride then sent her army of skanks and her family to harass The Photographer into doing the wedding—again, for free, and while paying The Bride $50 to be there. Who even are these people? How would anyone think this was reasonable? If her friends and family were so concerned, why didn’t one of them front the $50 to pay the extremely cheap photographer? Am I on drugs, here? Am I missing something? It’s $50!

BUT THEN. Our poor Photographer tries to be even nicer:

“The messages got more and more entitled and demanding as this girl kept riling them on. Soon I’m getting messages from people saying I’m selfish and that I’m ruining my best friend’s wedding (they overestimate our friendship) and even that I should be ashamed for leaving a friend ‘out in the cold’. So I said I’d do it for free, because why not. Free booze. That wasn’t good enough. She was insistent I pay her.”

Because why not? How about because The Bride is a registered nutjob and this sounds like the wedding from hell? Also, I like how s/he’s ruining “my best friend’s wedding” when it doesn’t seem like The Photog was even actually invited to the wedding in the first place and was just asked to take free pictures and pay for it. But STILL, our hero, The Photographer, gallantly agreed to do this shit for free. For me, I would have upped my price to like $100k to have to deal with the crazy. That’s how much it would cost to get me to this wedding at this point. But no, still not good enough for The Bridezilla.

After the harassment continued, and got even more aggressive, The Photographer gave in and agreed to do the wedding and pay the $50. However, s/he never had any intention of going and just said it so that The Bride and her crazy family and friends would f*ck right off.

The Photographer is left alone, finally, until the wedding day, when the crazy messages start coming in again:

“Where the fuck are you? Where’s my money? I can’t believe you ruined blah blah blah.”

The Photographer received 100+ texts in 30 minutes, half a dozen phone calls, angry voicemails, and then, THE BRIDE’S DAD showed up to The Photographer’s house, screaming and banging the door down. He eventually left, but the next day, more texts/calls came in about how The Photographer ruined the wedding.

“People saying I really fucked everyone over, the bride needed $50 to pay her officiant which they had to then crowdsource. There were no pictures other than cell phone shots from guests. Apparently I was ‘called out’ in the best man’s speech.”

Wow, it’s almost like they should have hired a photographer. And paid them. Or even accepted the one that offered to do it FOR FREE. Why are these people acting like $50 to pay the officiant is such a huge deal? If you are having a wedding, that is the ONE THING you actually need to pay for. If you can’t afford it, don’t do it? I’m spending exactly zero dollars on weddings right now because I chose the spinster life. Try it.

The Photographer is currently getting roasted on social media and even by their own mom.

I’m sorry, there is just no way The Photographer is the asshole here, IMO. Why would it be their job to fund the officiant at the wedding? Offering to do the pictures so cheaply (and then for free) was way too generous to begin with. If you want wedding photos, you pay for it. Or you at least accept free help and don’t charge them for it. I’m super confused as to how The Bride convinced so many people that she was in the right. Was this wedding her own version of Jonestown? What kind of story did she spin that made this okay? Most Redditors seem to agree that The Photographer is NTA, with some exceptions coming from the fact that the OP did say s/he’d do it and then didn’t show up. But what was The Photographer really supposed to do? The crazies were harassing them endlessly until they gave in.

What would you have done in the situation? Do you think The Photographer was the asshole?

Do you have a crazy wedding story? Send it to [email protected] and we just might write about it.