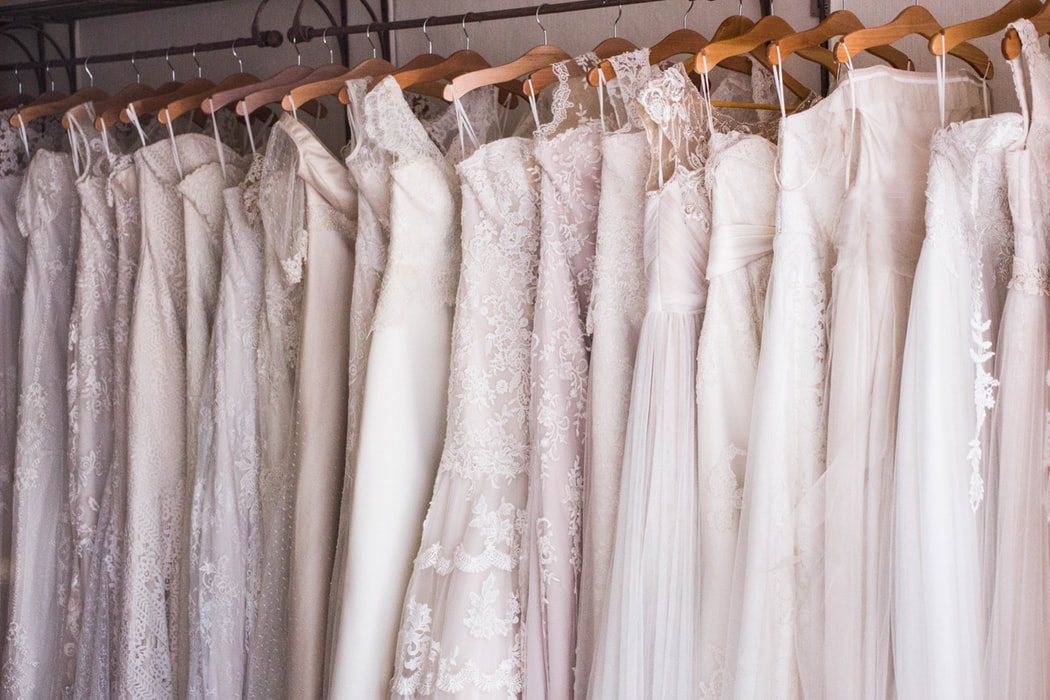 Mazel and welcome to another edition of crazy wedding stories, brought to you by Reddit, our ongoing source of anonymous entertainment and shaming as it relates to matrimony. Today’s story comes to us from the always enthralling Reddit Am I The Asshole (AITA) subreddit, where clueless folks post long-winded tales and ask an audience of casual Reddit readers if their actions are defensible or deplorable. AITA has brought us grooms who want to wear jeans to their wedding, kick their sister out for not allowing kids to come at the last minute, and many more tales of wedding assholery.

This week, a man explains to us why he just doesn’t understand why his fianceé can’t find a wedding dress for $50-100. Why are men like this?

The thread, titled “AITA i (38 m) for telling my fiancee (f 27) her wedding dress choice is way too extravagant and suggesting alternatives?” already raises a few red flags for me, as the groom in question is 11 years older than the bride-to-be (come at me all you want, but I read a lot of relationship advice subreddits, and often times when someone acts like a controlling asshole, there’s a big age gap involved) and trying to mansplain why a wedding dress is extravagant. Ugh, you douche. That aside, let’s dive in.

“We are getting married in July of this year, the venue is booked and the wedding is pretty much sorted.

Emma has been researching dresses and has a little scrap book of lots of dresses she likes for ideas but is now looking to buy.

All that’s left to get is the bridesmaid dresses and her wedding dress.

We jointly put aside 10k each for the wedding, everything is paid and we have 6k left over, which I think could go towards the honeymoon on top of the honeymoon fund we already had.

We aren’t the extravagant type at all, then comes the time for Emma to pick her dress. I know everything is more expensive when it has the term wedding attached to it. What I wasn’t expecting was a $950 dress plus $120 veil!

I’m using my dad’s old tux he used for his wedding to my mom, just had it taken in a little, Emma can’t use her mum’s dress as her and her mum both say the style hasn’t aged well, which is fair.

First off, I consider myself hashtag BLESSED to have a husband that can f*cking spell and understands proper grammar (I tried to correct the most egregious errors, but I didn’t feel like rewriting this guy’s entire post). That aside, the fact that this groom thinks $950 for a dress is expensive is laughable. I don’t recall even SEEING anything in that price range when I was wedding dress shopping, and I’m a f*cking bargain hunter. That’s great that groomzilla wants to wear his dad’s old-ass tux. I’m sure it isn’t dusty and I’m sure it doesn’t smell like 30-year-old sweat and cheap booze. Oh, and jazz snaps for acknowledging that the mother’s dress probably hasn’t aged well. So far, this is eye-roll-worthy at best, but it gets so much worse.

Yeah, It Gets So Much Worse

I had a quick google around at dresses online and there were so many! And so many just like the one Emma wants for like $50 to $100.

I’m not trying to get her to cheap out on her dress but she will literally wear it once, one dress for over $1,000 is just insane that would fund our honeymoon.

I tried to show her some dresses I found on a recommended app called Wish and but she was having none of it.

She is very slender but apparantly wants it specially fitted?

It turned nasty unfortunately because I said I refuse to drop such a large amount of money on a dress and she argued that she is using her own money for the dress.

Wich isn’t strictly true as we ate about to marry and our finances will be joined.

Then her mom had to get involved, they offered to pay for the dress but it’s not a case of not being able to afford it.

It’s a dress! there are identical ones online at a fraction of the cost.

I thought she would be ecstatic to learn there are identical dresses for a fraction of the cost but she was really angry and upset.

Hey, at least this guy knows how to Google, amirite? How commendable. Too bad he apparently doesn’t understand that you get what you pay for, and a cheap dress off some random site is probably not going to look like the picture. Additionally, for the groom to comment on his wife-to-be wanting her dress “fitted” is laughable. Has this jackass never seen Say Yes To The Dress, been to a single wedding, or ever just lived in a society? Of course the dress will be f*cking fitted! This isn’t some 8th grade dance dress she can buy off the rack at JC Penney. This is her wedding day and, short of the day she possibly has a kid or graduates with a Master’s or adopts six dogs, it’s pretty f*cking memorable and important.

The kicker, for me anyway, is that the bride is offering to use her own cash or her parent’s cash, and this guy is still clinging to his principles related to what he thinks the dress should cost. I don’t care how many “identical” dresses you found on Google that are likely created by tiny child slave hands for a fraction of the price. Let the woman get her f*cking dress. It has NOTHING to do with you and it isn’t your call, dude. I feel like the only reason this guy is so opposed to spending $1,000 of money that isn’t even his money yet, is because unlike the honeymoon, the dress doesn’t involve him and he doesn’t get to enjoy it.

Call Off That Wedding

AITA here? Is there something I am seriously missing because after we argued about the dress, Emma has been extremely cold towards me.

I’m blown away that she would say that over a dress, I told her she’s like a toddler throwing a tantrum over a sparkly toy she can’t have, that was a mistake as she left to stay with her parent’s, who called to tell me I am much more than an asshole.

Anddd see what I mean about the age gap thing? The only toddler throwing a tantrum here is this guy who realized he may not be able to control his fiancée without pushback for the rest of their lives. So sad for him.

Don’t worry, Reddit promptly called him the asshole. The top comment by Redditor milee30 read, “YTA. You say you don’t want her to cheap out, but then you say you want her to buy a $50 -$100 wedding dress. That’s cheap. That’s cheap even for a regular dress. Those cheap dresses you’re finding online will look terrible in person and are the source of so many disappointed women and jokes. Wedding dresses and their tailoring are expensive. $1,000 is actually a low priced dress. Regardless of dress type, though, your reaction to her—calling her names and deciding you have veto power—is the real problem. You should be solving this issue together. If you can’t, maybe it’s not time to get married yet.”

And this story gets better, because OP posted an update.

EDIT: Emma found this thread, it was a mistake to post here and I’m sorry I posted our problems on reddit, iata

For Emma’s sake, I hope she called off the wedding. This guy sounds like red flag city, and if he’s going to bully her into cheaping out on a sh*tty wedding dress, who knows what other kind of stunts he’ll pull in the future (why would we buy a house when we can get this $2,000 shoebox in a crappy area that barely fits our bed?). Emma, if you’re reading this, blink twice if you need help.