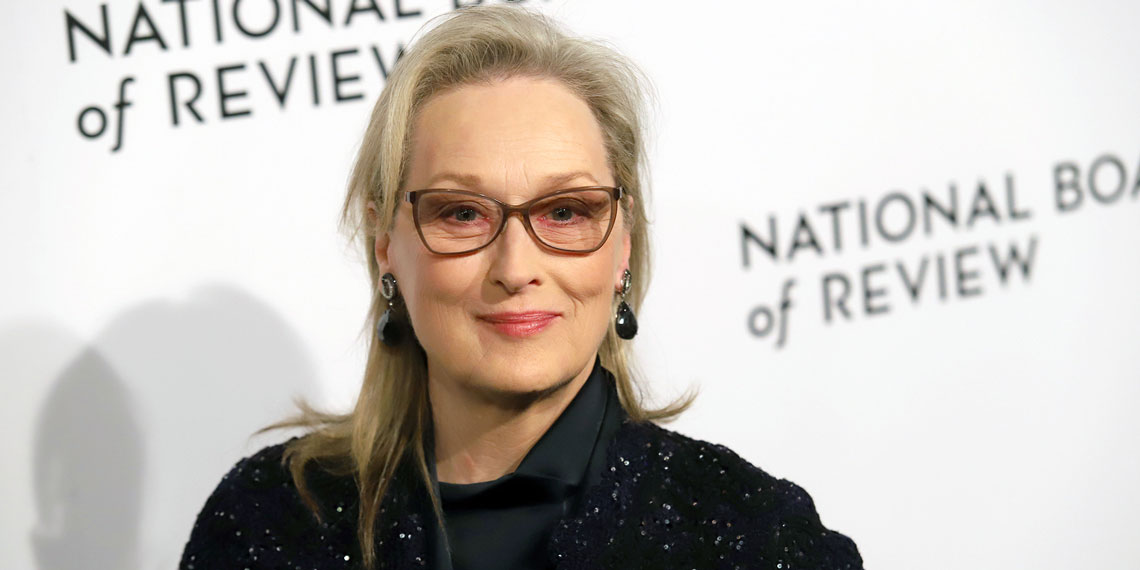 Confession: I Don’t Know Anything About Meryl Streep

This week, in honor of Meryl Streep’s 70th birthday, I was asked to pull together a “Which Meryl Streep Movie Are You Based on Your Zodiac Sign” post. I didn’t blink twice at this request. As a red-blooded woman in 2019, I love astrology. As a human with any discernible taste, I love Meryl Streep. This topic sat so distinctly in my wheelhouse that my hubris didn’t even for a second let me believe that I might run into any kind of obstacle. But then the unthinkable happened.

What follows is an admission of my deepest shame. I come to you a broken woman, laying myself bare before the pitiless judgment of the internet, in the hopes that I may be a beacon for others wandering down the same despondent path.

I couldn’t name 12 Meryl Streep movies. In fact, I couldn’t even name more than six without the aid of a list, which bumped me up to eight after going through and only selecting the ones I felt confident I could write about with any kind of conviction. That list was 62 movies long.

This revelation resulted in what I can only describe as a crisis of identity. I am a pop culture writer, for God’s sake. I have been covering awards season for this very website for the past four years, an arena that is arguably owned by Meryl Streep. It is literally my job to be able to be able to create content like this, and yet here I was, grasping at straws, not just incapable of deciding which of Meryl’s roles was most like an Aries, but unable to even identify some of her most pivotal characters to date. Who am I? An imposter? A liar? A straight white man? None of it made sense.

But after some shameful reflection and a quick confession to our Betches Editor-in-Chief, I realized something: I don’t think I’m alone here. I think there are more of us out there, more entertainment aficionados with gaping blind spots that exist not out of willful ignorance, but because the knowledge was just assumed through cultural group-think.

You see, I came of age in a time when Meryl Streep’s supremacy was not an opinion, but a fact of life. I don’t remember the first time I consciously recognized her, for it seemed that she was always just there, existing in a different realm than any other actor. Meryl Streep transcends our mere mortal understanding of celebrity, and thus she transcended my own cognizance. Much like with God, I was not raised to understand why she existed, just to accept her status as sacrosanct, an actress revered above all others.

In this way, I think Meryl and Beyoncé are similar. Both cultural juggernauts in their own right, revered to the point of fanaticism. To dislike them is not just to be in possession of a controversial opinion, but to be fundamentally wrong. Art may be subjective, but Meryl Streep and Beyoncé are not. Voicing any opposition to their obvious dominance in their respective fields would result in alienation at best, but more likely outright ridicule—and with good reason. You don’t need to grapple with the whys and hows of their omnipotence, but merely just accept that that is the way it is.

That was the error of my ways: being content with knowing but not understanding. There is no honor to believing without truly understanding, to being a mouthpiece for an opinion that you yourself cannot effectively support. Forever my life will exist in two parts: before and after my own personal Meryl Renaissance.

Recognizing my own complacency is only half the battle, and now I must move on to actively remedying this transgression against the very thing I hold near and dear: pop culture. If you, like me, seek to mend the error of your ways, join me on this journey of self-enlightenment: I call it the Meryl-thon.

After combing through countless lists of the most essential Meryl films, I’ve landed on five that seem to be, indisputably, her most timeless roles. You will not find The Devil Wears Prada or Mamma Mia on this list, although I hold them near and dear. Instead, we’ll be diving into the archives, into Meryl’s beginnings, and the roles that made her the powerhouse that she is today.

I would give you a synopsis of each of these films, but I can’t. And at this point, I don’t want to. In an era of instant gratification and internet spoilers at every turn, I am ready to embark on a journey with almost zero understanding of where it will take me. I am going into each of these movies a blank slate, and I plan to return to you with my thoughts on each. Not reviews per se, because clearly each of the films on this list is above critical reproach, but the musings of a naïve fool who really loves voicing her opinions on such things.

This list, presented to you in no particular order, will undoubtedly be contested. And to that I say, good!! Teach me the error of my ways! Educate me in my hour of need! Make your case for the best of Meryl! But please do it in a way that doesn’t destroy my already horribly bruised ego.

It wasn’t easy to admit this flaw to you all today. Vulnerability, no matter how superficial the source of it, is difficult to display in any environment, but especially on the internet—a place that breeds total apathy at the best of times, but is typically more prone to thinly veiled contempt. By sharing my story, I hope that some of you are inspired to come forward with your own tales of entertainment-based disgrace. Haven’t read any of the Harry Potter books? Step forward, my friend. Still haven’t watched Game of Thrones? You’re safe here. Unable to understand the allure of the Netflix obsession du jour? Don’t worry, this too shall pass.

There’s enough content in this world to last a hundred lifetimes, and it’s impossible for any one person to consume it all. Don’t let others belittle you for not having seen something, even if it’s something you definitely should have seen by now because it’s your job and also you have a tendency to brag about your extensive knowledge about such matters. Idk. Just a thought.

We are all people, constantly evolving into better versions of what we were yesterday. I am not exempt from this rule, for yesterday I was someone who didn’t know what Kramer vs. Kramer was, and yet today, against all odds, I am but a humble student, finally ready to learn at the altar of Meryl Streep.