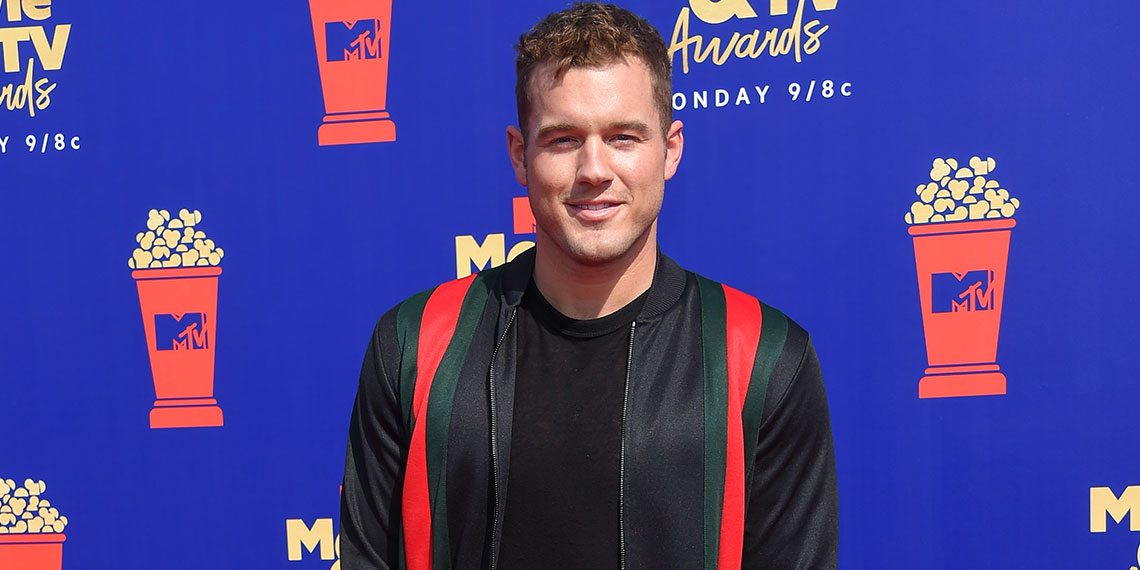 Colton Underwood Is Writing A Book & You Already Know The Title

Ernest Hemingway. F. Scott Fitzgerald. Virginia Woolf. All influential authors who you probably studied in high school. And now, you can add a new name to this list of greats: Colton Underwood. That’s right, everyone’s favorite virgin Bachelor is writing a book coming out March 31. And before you have to ask, yes, the title is of course a reference to his virginity. Imagine being a professional athlete, the lead on a hit reality TV show, and still having your defining characteristic to the American public be reduced to your sexuality? *Looks in the mirror to confirm I am still, in fact, a woman* hahahah right, I have absolutely no idea what it’s like to be judged solely on who I choose to have sex with or not!

Congrats to Colton for going the way of book-writing, rather than simply relying on sponsored Instagrams to keep him afloat. A more noble endeavor, for sure. Colton Underwood’s book is going to be titled The First Time, and yes, upon learning that my eyes rolled all the way back into my head, where they are temporarily stuck. Mostly I just hate how determined anyone connected to The Bachelor franchise is to taking the one defining characteristic that ABC predetermines for them and then bludgeoning the public over the head with it for the next 3-5 years. Like, you know that after this, Peter is going to come out with a book called like, Gone With The Windmill. Damn, that’s actually good. I should sell that to Peter. Brb.

Anyway, according to Gallery Books, in The First Time, “Underwood tells his compelling life story, which is at times unpredictable, humorous, and inspiring. As the Bachelor of the hit show’s 23rd season, Underwood reveals the highs and lows that have made him who he is today: growing up in Indiana, struggling with self-image and bullying, two time all American and three years in the NFL, and of course, his journey to find love.” Which is all well and good, but how is that any different from the numerous montages and scenes we got about Colton’s life and upbringing as a contestant on The Bachelorette and Bachelor in Paradise, and finally, the lead on The Bachelor? If this is just a rehashing of the sh*t I’ve already seen, I’m going to be upset and demand my money back. (Who am I kidding, I’m not spending money on this.)

Gallery also insists, “behind the spectacle is a human being, one who will candidly share the memories of his quest for the love of his life– and the aftermath of making it work.” I think I speak for all of us when I say that if Colton doesn’t give us the details on his relationship with Cassie and how that’s going, and explicitly spell out in plain English (no euphemisms) if he is a virgin or not, I don’t want this book. No? I’m the only one who still cares about his virginity? You’re lying. We’ve all been classically conditioned like slightly perverted Pavlovian dogs to be overly concerned with this. I just want it all to end. As I’m sure Colton does as well, so he can move on with his life. Someone, please, release us from this prison!

For all of my mostly exaggerated outrage, who even f*cking cares. I would be surprised if Colton actually put fingers to keyboard and wrote this whole book himself and didn’t just have a ghostwriter, so like, whatever. I’m sure the book will be fine. Don’t get me wrong, Colton seems like a cool guy and he has his moments of humor on Twitter and stuff, but that’s a far cry from writing a whole-ass book. Just ask my mom, who still doesn’t grasp the concept that just because I write some dumb thoughts on social media, it doesn’t make me a novelist. But, I’m hopeful that Colton will follow in the footsteps of the likes of Andi Dorfman and actually reveal some sh*t about what went down behind the scenes on The Bachelor. I expect no less than one whole chapter on the fence, and an entire section about Tia. (I actually totally forgot about Colton’s relationship with Tia until this very sentence and had a That’s So Raven-esque flashback to how miserable that narrative made everybody. Okay, you’re right, ABC, I’ll take the virginity one instead. I won’t complain anymore!)

If nothing else, if you preorder The First Time now, Colton will buy you a coffee.

Anyone who preorders my book today gets free coffee. Send a screenshot below and open your DMs ♥️🤙🏼

Does this mean I can say I went on a coffee date with The Bachelor? Probably not, I’m going to say it anyway.