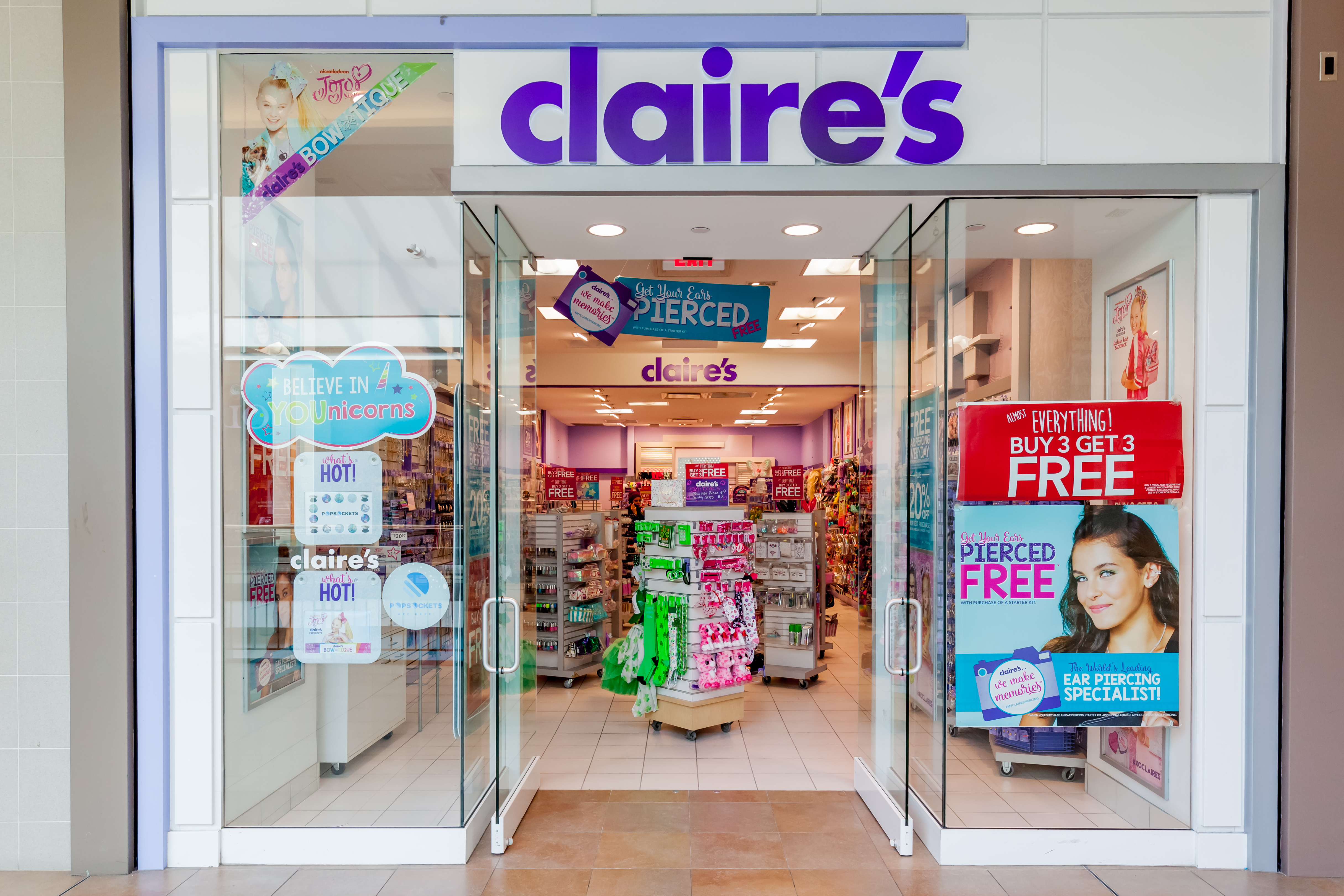 It might not surprise you to learn that the jewelry chain that served as the #1 training ground for pre-teen shoplifters has fallen on hard times. Yep. Pour out your tiny tube of sticky lipgloss and hang up your unnecessarily complicated headbands because Claire’s declared bankruptcy on Monday. A moment of silence for all the 13-year-old hooligans who will never have an opportunity to steal bows from this sacred space, and thoughts and prayers to all those 8-year-olds who won’t have the experience of getting their earlobe pierced by one of their teenage employees. Claire’s declared bankruptcy this week, following in the footsteps of Toys R Us who filed for bankruptcy just last week. Now if you’ll excuse me, I need to make funeral arrangements for my childhood.

Sadly, it’s not a surprise to see Claire’s go, given the fact that you can buy their entire inventory and then some in one drunken Amazon binge. Their departure leaves so many questions. Who will pierce our children’s ears now? What will happen to The Icing? Luckily, Claire’s is apparently “confident” it will survive the bankruptcy, and has no plans to close stores for now.

Even still, now seems like as good a time as any to walk down memory lane by ranking some of their most iconic products. Just thinking about them makes me want to eat 700 calories worth of Auntie Anne’s.

When my children grow old, remind me to tell them about a beautiful time in American history when young girls tied up their hair with…more hair. Seriously, who among us didn’t wake up one night in elementary school, see one of these on the floor, and lose our shit before we realized it wasn’t a rat. There were so many versions of this – braids , clip-ins, headbands with detachable bangs. Claire’s was any pre-teen’s one stop shop for a ponytail that says, “I’m  flammable.”

lol ya’ll remember when jessica simpson didn’t know what tuna was and thought ppl would want to eat their perfumes? shit was crazy… pic.twitter.com/ZSQD6UTbrV

Remind me again, friends, to tell my children about a wonderful time when an angel by the name of Jessica Simpson got it into her head that what people really wanted was to be able to eat their own body lotion, and thus Jessica Simpson’s Dessert Beauty was born. While I don’t know anyone who actually owned Jessica’s edible perfume line, I do remember stopping into Claire’s occasionally to see what it tasted like. Yes, I do know that is extremely gross.

Sadly, Dessert Beauty died after being sued, not for trying to tell kids eating perfume was okay, but for not sharing enough of their profits with their manufacturer. RIP Dessert Beauty. Hopefully you’re buried in a plot next to Claire’s.

After having your ear stabbed by one of their half-stoned employees, one of the best parts of Claire’s was picking out the earrings that would then adorn your newly pierced lobe. If I recall correctly, Claire’s would sell you approximately one thousand versions of the same stud earrings for $1. And once that ear healed, Claire’s was the #1 place in the world to buy full pound blocks of plastic to dangle from your head on any occasion. Would these stretch your earlobe out and hurt be the end of the day? Sure. Would they look fucking amazing on picture day? You bet.

And once you got to your more rebellious stage, Claire’s had everything you needed to glow-up that belly button ring you got one summer while your mom was out of town.

If you wanted to buy an assortment of glittery lip glosses shaped as various animals, there was no better place than Claire’s. Any girl who was anyone in early 2000s middle school had at least 400 of these floating around in her backpack, and anyone who didn’t give you a whole handful of them on your birthday wasn’t a real friend. TBH I probably still have at least 5 of these if I look hard enough.

Just The Most Random Shit Imaginable

Without Claire’s, where will our nation’s pre-teens buy $5 boots with weird fringe that are low-key made of cardboard? What about a tie-dyed owl plushie, or a face lotion that is also shaped like a panda? WHERE WILL GEN Y FIND THESE ESSENTIAL ITEMS? I’m shook…