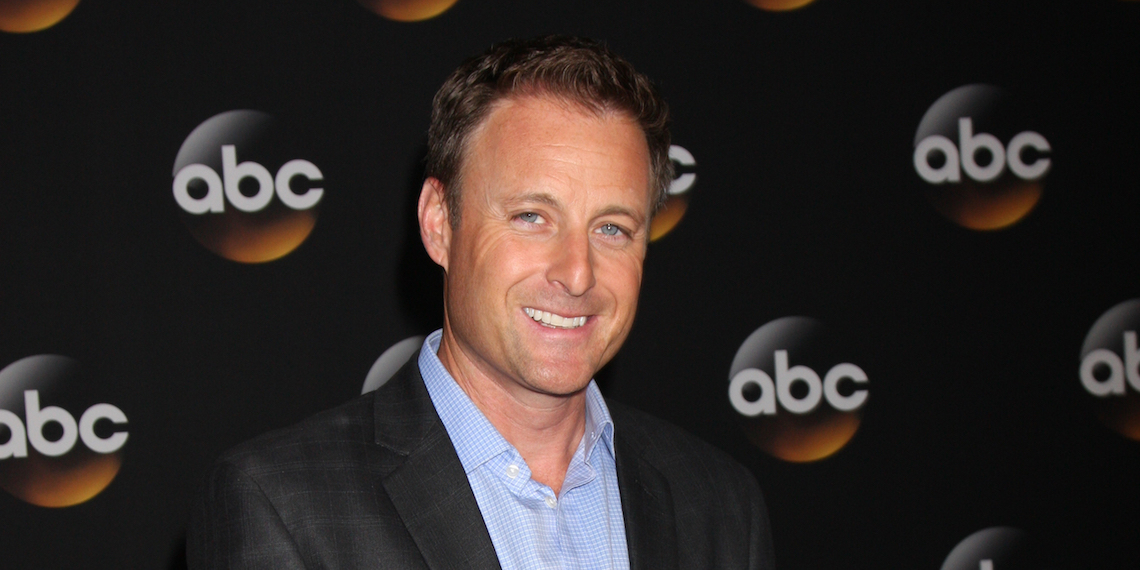 Last night’s episode of The Bachelor had everything: steamy shower makeouts, long-winded conversations about virginity, and for the first time in Bachelor history, all three women forced to share a room during Fantasy Suites week. This provided prime opportunities for drama between the ladies, but I had to wonder, why did the producers put them through this? Was the budget running low for this season? Was the hotel all booked up? Making them live together while they took turns sleeping with Peter kind of seemed like cruel and unusual punishment, and it turns out the producers knew exactly what they were doing.

Chris Harrison was a the guest on this week’s episode of Rachel Lindsay and Becca Kufrin’s Bachelor Happy Hour podcast, and he explained why this decision was made. Chris explained that Peter had a tough time making decisions on the show (duh), and said that at this point in the season, both he and Madison had “kicked the can down the road.” Essentially, Peter couldn’t force himself to get rid of Victoria F despite all the red flags in the world, and Madison waited until the 11th hour to reveal that she had some major dealbreakers, so it was time for some outside assistance.

And that’s where the producers worked their shady magic. When it came to the Fantasy Suites living situation, Chris said, “there are things that we do as producers that will force you into this uncomfortable zone and force you into making a decision.” This specific choice was made “to force a situation that had to happen, and it had to happen this week because, if we get to proposal week, then this guy is really screwed and there’s no chance this works.”

Personally, after this mess of a season, I feel like there’s very little chance that this works regardless, but hey, I guess they had to try something. If you got lost in that word salad, I don’t blame you. Basically, he’s talking about Madison’s virginity ultimatum situation, and how putting the women together forced the women to talk about their intimacy with Peter. After being stuck with Victoria and Hannah Ann during Fantasy Suite week, Madison couldn’t pretend that Peter was just gonna keep it in his pants until he married her. Without this push, Peter and Madison’s date might not gotten to the vulnerable place it did, and then this sh*t would have been even more of a mess come proposal time.

I’m not sure I love the amount of times Chris Harrison used the word “force”, in the span of like, two sentences, but I’m also not naive enough to think that these producers really care about anything other than ending up with compelling footage. What’s really interesting about this is that Chris Harrison is basically admitting that The Bachelor producers will do whatever they need to do to emotionally manipulate their cast and get them to do what they want on camera. Really, we’ve always known this, but hearing Chris say it feels strange, like breaking the fourth wall or seeing your teacher outside of school or something.

Chris went on about the specifics of this scenario, saying that “We needed Madison to face Victoria and Hannah Ann and have them express their emotions on this,” and that they didn’t want us to just see Peter’s perspective of dealing with Madison’s views and her ultimatum. This was actually really smart, because it makes the dynamic so much more complex, rather than just watching two hours of Peter being like “uhhh who should I have sex with?” I don’t think any of these women are geniuses or anything, but it’s kind of cool to see them working through an issue that’s a little more real than a champagne bottle finasco.

However you feel about this season of The Bachelor, this might have been one of the few choices that actually worked well, and made the season more interesting. Now that we’re headed into proposal week, we’ll see if this actually helps Peter stop ~kicking the can down the road~ and get any more clarity on what he should do, but I’m not terribly hopeful. I just think this season isn’t really meant to work out, but that’s okay, sh*t happens. At least we know that the producers are out here working harder than the devil to give us the drama we crave.