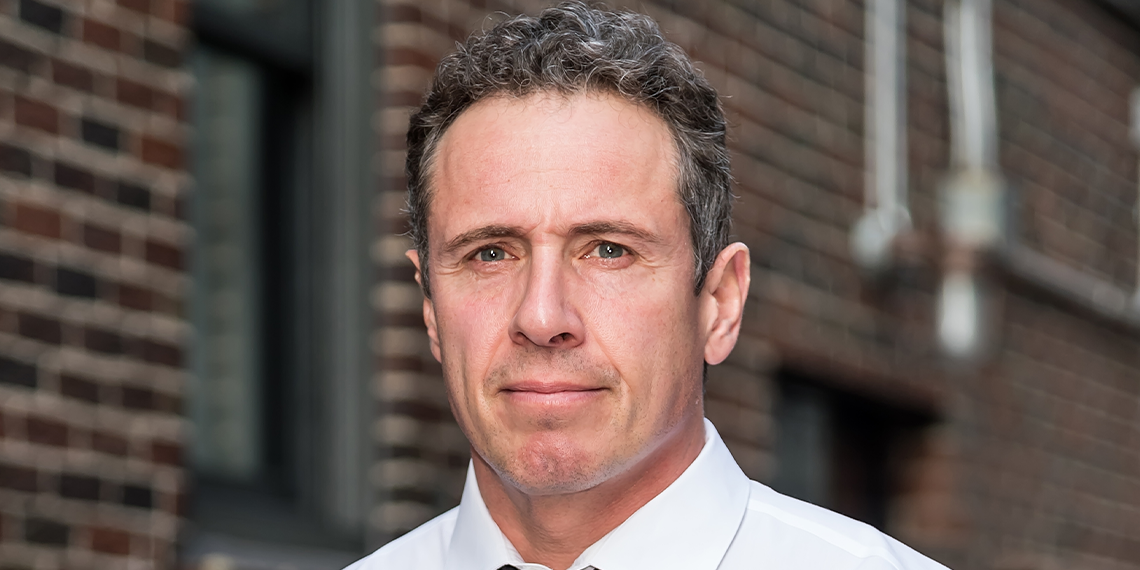 Chris Cuomo Hates His Job Just Like The Rest Of Us

To be fair, the man has been through some sh*t, as of late. The longtime CNN anchor and annoying younger brother to NY gov Andrew Cuomo famously contracted COVID-19, and has struggled with the illness over the past few weeks, citing feelings of fear and depression.

Apparently all of this stress and misfortune has gotten to him, as he absolutely went *awf* on a SiriusXM radio show, essentially saying that coronavirus has made him realize that he doesn’t want to keep living the way he’s been living.  A virus-induced existential crisis from the guy who gets in brotherly spats with Gov. Andrew Cuomo on live television? And I thought I’d seen it all!

CNN anchor Chris Cuomo says his COVID diagnosis has made him rethink his career: "I don’t like what I do, professionally, I’ve decided … I don’t value indulging irrationality, hyper-partisanship. I don’t think it’s worth my time anymore.”pic.twitter.com/AmkUsuoATY

So, what’s on Chris’ mind? There’s no mystery there, cause he word vomited all over the table for us.

When talking about how battling coronavirus has made him examine his life and what he wants from it, Cuomo shared that he has come to the conclusion that he f*cking hates his job. To be clear, Cuomo anchors a coveted 9 p.m. slot on CNN during which he can talk about essentially whatever he wants, interview presidential candidates, and have endearingly awkward exchanges with his brother governor.

Despite this, Cuomo said: “I don’t like what I do professionally. I don’t think it’s worth my time.” More specifically, he doesn’t want to indulge in the theatrics that are politics these days. “I don’t want to spend my time doing things that I don’t think are valuable enough to me personally,” Cuomo said. “I don’t value indulging irrationality, hyper-partisanship.”

Adding what will certainly be fuel to the cable news dumpster fire, Cuomo grumbled about talking to “Democrats about things that I don’t really believe they mean” and “Republicans about them parroting things they feel they have to say.” Alright well, at least he hit us both.

I would say maybe he took some LSD or magic mushrooms and came to some nice conclusions about the value of life and partaking in capitalism, but that theory all goes to sh*t with this next part.

Cuomo explained how he no longer wanted to be a public figure, using a recent incident as an example for why. Apparently, someone confronted him outside of his Southampton home on Easter Sunday, scolding him for being outside while he is infected with COVID-19.

“I don’t want some jackass, loser, fat tire biker being able to pull over and get in my space and talk bulls–t to me, I don’t want to hear it,” said Cuomo.

Cuomo said he wants to be able to talk sh*t back to people like this “jackass, loser, fat tire biker,” and tell them to “go to hell.” He feels he can’t do that as a public figure, as it would be all over the news. Maybe like that time he lost his temper at a Trump supporter who called him “Fredo,” to which Cuomo responded “I’ll f*cking ruin your sh*t” while threatening to throw the man down a flight of stairs.

It sounds like our boy Chris had a game plan for abandoning his current life. He said he’s more concerned with living a private life than “making millions of dollars a year,” and that he’s not worried about letting it go “because I’ve saved my money and I don’t need it anymore.”

Um, yeah. If your biggest problem is some guy on a bike pissing you off outside of your *Southamptons* home, I’d say you’re doing alright. Go ahead and let those extra millions go, it won’t kill you, contrary to rich people’s belief.

Cuomo also peppered the fact that he thinks “Trump is full of sh*t” into his rant, which we do love to see.

Today, Cuomo is reeling a bit. He responded to reports of his confessional that he “never meant” what he said, and he’s happier than ever at CNN.

He added that he’s recently renewed his contract with CNN, which probably contractually obligated him not to trash his employer. Just a thought.

We hope Chris feels better soon, that he gets to live his best life, and thrives in peace.