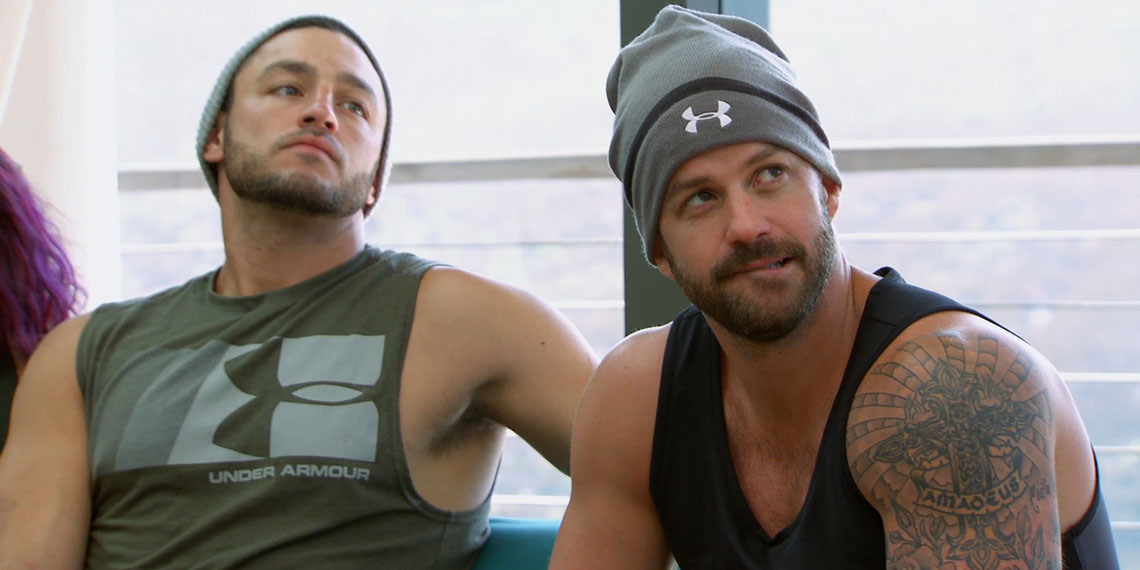 I’d like to start this Challenge: Final Reckoning episode 12 recap off with an apology. I AM SORRY! I’m not sure to whom and for what this apology is owed… but there is someone in the editing room who is NOT a fan of me. I hope that he/she can find a way to forgive me in the NEAR future (as we are still only mid-season) for being absolutely hilarious and SMART even though they’ve tried everything in their ability to portray me otherwise. How many seasons did it take Cara to get a good edit? #askingformyself

We start at the main house, where Ashley is crying because she regrets sleeping with Kyle. I can understand this—I regret sleeping with 88% of my list too. Hate her or love her, you can’t deny Smash has a point when she says that she (and other women) on this show, on another show, and in actual REAL LIFE, are treated differently in the public eye than men when it comes to sex. Where was everyone shaming Kyle when he slept with both Faith and Ashley in only a matter of 24 hours? DOUBLE STANDARDS ARE HORSE SH*T!

Ashley reminds me of a Real Housewife as she chain smokes cigarettes outside in her silk robe. Inside, Hunter is being dramatic (as he usually is after 1.5 beers) telling everyone that if “that slut” (Ashley) loses him a chance at a million dollars he’s coming for her family.

Oy, Hunter. You truly are a good guy, but I can’t help you out here, buddy. Brad the dad tells Hunter to “check his back” as he disagrees with his comment, and I wonder if Hunter is actually physically capable of doing so. He has very wide shoulders… similar to SpongeBob. Picture it. Once you see it, you can’t unsee it. #MassGain

The next morning, Cara is trying to get Bananas to tell her his plan of action for nominations. I shake my head knowing how much of a REACH it must have been for production to make it seem like John is a master politician this season. We all knew exactly where he was voting, hence Shane’s master plan in the bathroom. (Hilarious location choice for a team meeting, might I add.)

Whether or not Shane’s intention was to protect us ladies from going against him in an elimination or to guarantee himself the opportunity to choose which one of us he wanted to go against if that were the case, he got his wish. In fact, it was I who told Jozea and Davonne where to place their vote. By tying the two votes, Shane would receive from Bananas two votes on #TeamBB and #TeamZamanda. We ultimately forced John to stick with his alliance and follow through with his original vote, allowing Shane to do what he does best… whatever the f*ck he wants.

At Armageddon, John doesn’t surprise us when he chooses Shane and Nelson. Without any other votes for them but the power vote, ShaNelly gets to chose who they want to go against. I’m super worried because Nelson was very open about his desire to call out Cara and I if ever in elimination. (See nomination room again.) Same goes for Hunter.

Go big or go home! ShaNelly choese Brad and Kyle to dance in Armageddon, and fans are PUMPED. Either one of these teams going home would be HUGE. I pray it’s Kyle because I deserve a goddamn award after all this BS I’ve been dealing with it and he’s the sole reason. After a hilarious start, Shane and Nelson finally get their groove and pull out the W. I feel as good as my braids look.

(For real, shout-out to Davonne for that LEWK.) A bitter John tells Shane and Nelson to “Act like you’ve been here before,” and I for once agree. Why is Nelson wearing a winter jacket in South Africa halfway through the season?? I promise you it is NOT that cold.

Back at the house, Kyle thought it was an appropriate time to leave Cara a farewell present as he packed for redemption. I walk in the room to find a smitten Cara holding skeleton rings and I can’t believe this is still even a thing. Am I in the twilight zone?! Hopefully Cara gets the closure she needs knowing Kyle didn’t give the other girls goodbye rings—just herpes. I laugh at myself when I say “I wish he didn’t f*ck two girls before he gave it to you.” I can’t imagine me not being a fan favorite at this point. I literally crack myself up.

Kyle and Brad show up to the redemption house, and I prepare my popcorn. Both Paulie and Kyle have talked a BIG game about each other ever since Paulie moved into the redemption house five months ago. Paulie claims he’s had enough time to realize that fighting Kyle isn’t worth a million dollars; Kyle claims Paulie only barks loud when there’s security guards around; I claim that they’re both a bunch of nerds and this meet up is underwhelming, to say the least. Not sure who the bigger loser is here… but I’m gonna say the fans are a safe bet. What a letdown. Someone better call them out for this sh*t! 😉

It’s challenge time, and I’m SO excited to see something that I think women can fare well on! I remember being so hopeful that Cara and I had a chance. The Challenge consisted of one team member running and gathering trees/sticks, while the other waited in a locked cage (covered in graffiti). The runner had to get sticks and throw them over the top of the cage in order to free their partner. Once freed a puzzle waited at the finish line. Piece of cake, right? Ha.

We decide that I’m going to get locked in the cage since I’m taller and have no desire to run more than I have to. I let Cara know, at least 67 times, that if she could just grab a long stick I should be able to reach the key. TJ blows the whistle and we’re off… well not me, I’m trapped. Bananas is back within what could be seconds and immediately gets Tony out with a long stick he found on the floor. As I watch everyone follow in Banony’s footsteps, I wonder where my partner Cara is.

Once half the teams are freed from the cage, my partner rounds the corner with what could only be described as an armful of twigs. I begin building a makeshift pole and start to think I may get out quicker if I rub the sticks together and burn myself out at this point. I am STILL stuck in the cage as other teams return to find the answers to the puzzle. I take note of the questions people are shouting, as well as Johnny’s used stick, and tell Cara to grab it. She shoots it over the top and I’m FREE! Production feels the need to share my “I haven’t done cardio in four years” JOKE and I hate everyone. Really? REALLY?

We run to the finish line and begin answering our puzzle. We had the number of days spent in the cage (which was written in tallies off by one). Perhaps if I wasn’t tying twigs together I could have memorized the wall better. Amanda smokes the competition and made us all look like fools, while Jozea and Davonne came in a close second. P.S. Both members of this team absolutely crush their interviews. “JOZEEAA!!!!!” Ashley and Hunter beat us for the loss and we’re getting a significant disadvantage next challenge (that is, of course, if we even make it that far). I think us being the only girl/girl team is enough of a disadvantage. You can keep your twists, TJ!

Cara is defeated and so am I as TJ again reminds us how terrible we are. I am frustrated with Cara at this point because, regardless of the challenge, I feel like a win (or in our case, loss) should be shared by the both of us. This is a team challenge, after all. Perhaps I can spin this loss, and what one could assume will be another loss next challenge if we make it there, to our benefit.

Say a prayer for #TeamCaraMarie and DO NOT miss next week’s episode. I know I’ve said it a few times (due to lack of insight/support in production) BUT this is the episode that will blow your mind. We will get some new eye candy as Cory and Devin enter the game and an insane elimination scenario that will completely change this game.