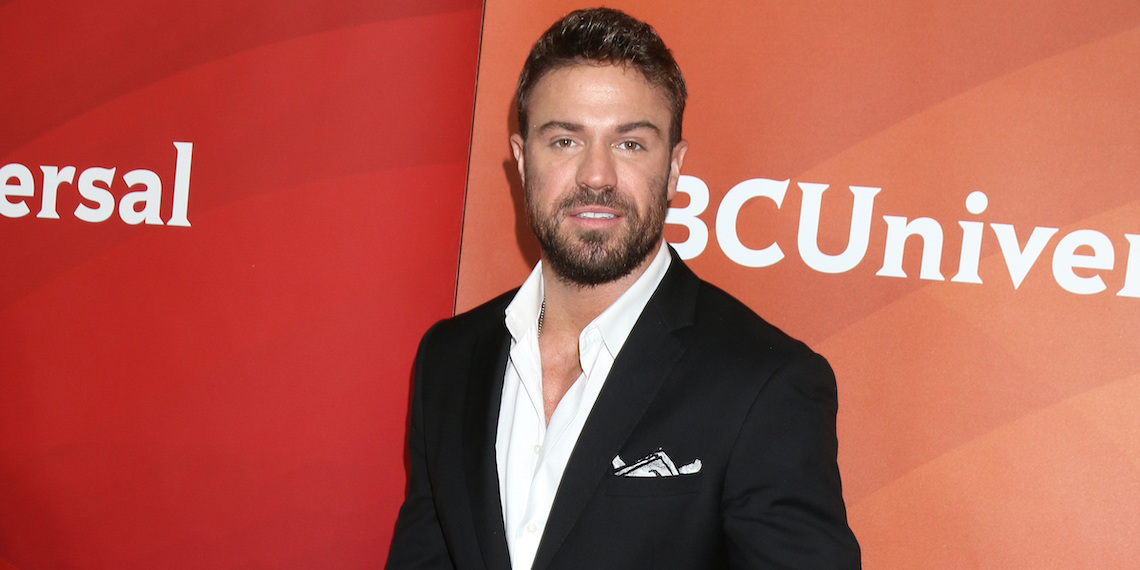 Chad Johnson From ‘The Bachelorette’ Has Gone Off The Deep End

And there was no water in the pool! Former Bachelorette contestant Chad Johnson has apparently completely lost his goddamn mind. In the past week he’s taken to Twitter to air his grievances about a lot of former Bachelor contestants, and each tweet is crazier than the last. Johnson, who’s notorious for being the hothead on JoJo Fletcher’s Season of The Bachelorette has resurfaced in full force on Twitter, even warning his followers before he did it!

Hey world. Bet you missed me. Don’t worry I’m still here and I’m not done yet.

Thanks! Appreciate the warning! Johnson, who appeared first on The Bachelorette and then was brought back for a very brief stint on season 3 of Bachelor in Paradise, has never been known to be kind, or like…even a semi-decent person. He was asked to leave Bachelor in Paradise after making multiple threats against everyone in the house, literally yelling “I’ll murder everyone here. I’ll kill your children and murder your family. Dolla, dolla bills yo” in a drunken rage. When contestant Sarah Herron, who was born with one arm, stuck up for the group and told him to essentially quiet his crazy ass down he called her a “one-armed bitch.” So yeah…he wasn’t exactly a fan favorite, and although he was arguably the most talked about contestant during both his stints on The Bachelor franchise, he faded into the background as the franchise grew without him and viewers had plenty more jacked sociopaths to occupy them (cough, cough Luke P).

Since June 27th, Johnson has apparently decided it’s his time to shine again, and shine by any means necessary he will! He started with easy target Chris Bukowski, who formally announced he’d be retiring from the franchise after what feels like 26 different seasons, but returned to Paradise this year.

Chris Bukowski looks like Bradley Cooper but right after a mega bender where he hasn’t slept for two days and then smoked way too much weed. #BachelorInParadise

Here’s the thing Chad…you’re literally just describing Bradley Cooper in A Star is Born. Learn how to condense your tweet: “Chris Bukowski looks like Bradley Cooper in A Star is Born” pops a little more! I obviously don’t agree with the comparison, but I’m just saying…condense…plus Bukowski is seemingly a nice guy, even though he doesn’t know how to date women to save his life.

Johnson then goes on to tweet about Paradise sweetheart Derek Peth:

#BachelorInParadise season finale is just Derek sucking his own dick while crying.

Wow Chad! So tasteful! Do you also hate happiness, butterflies and glitter!? He then goes on like a mudslide taking down anything in his path, inserting himself in the Caelynn/Blake drama:

Damn Caelynn straight up lied. Blake threw the text messages up on Instagram that prove she lied. The whole kingdom of bachelor bullshittery is crumbling. Haven’t I always said that these people lie to make themselves look good and others look bad? #BachelorInPadadise

Chad, sit down. You have nothing to do with this, you are these people. Also, don’t get me started on the Caelynn/Blake drama, like yeah we saw the screenshots but I need an entire printed out rolodex of their entire conversation to know the truth. Then when Dean Unglert, who’s had his own share of girl drama over the course of his Bachelor life, stuck up for Caelynn, Johnson called him a little bitch and challenged him to a fight, which is a totally reasonable response to a tweet.

He continued his multi-day rant, going after Nick Viall and saying how he’d “like to pop his botox filled chipmunk cheeks” and calling him a skinny man child. After posting more tweets going after Evan Bass, whom he notoriously argued with and came after in both his stints on the franchise, he started in on Tyler Cameron’s charity, where he takes kids from underserved communities to different restaurants to experience new foods, while somehow finding a way to make fun of him for dating supermodel Gigi Hadid. Green’s not a good look on you, babe.

“Hey you kids like this expensive Thai food? Ya I bet you do, well sit still for this ig pic, also work hard & get on the bachelor or somethin one day & maybe you can eat it again or some shit, alright fuck off I have Papparazzi photos with Gigi at 4:30” – Tyler Cameron probably

The next day, Johnson returned to Twitter to reveal he had learned from who knows where that he never actually called Sarah “a one-armed bitch,” all those years ago:

I recently learned that I never called Sarah a “one arm B”. The audio was cut, spliced, and edited together from multiple conversations. I apologized for 3 years for something I never even did. Beyond fucked up. #BachelorInParadise

Where did you learn that, Chad? Who from The Bachelor franchise called you and told you that you were part of this giant conspiracy where you say the most terrible sh*t you possibly can? Chris Harrison? That seems doubtful, especially because after Harrison informed Chad he was leaving Paradise three years ago, Chad didn’t hesitate from calling out Chris Harrison, saying he doesn’t even know what’s going on because he passed out drinking mimosas in a robe. He even recently started a change.org petition to make sure Chris Harrison never consumes any other beverage besides mimosas, but with only 19 signatures currently, it seems like Chris Harrison will be allowed to indulge in other beverages for the time being.

While most of what Chad has to say seem like jokes (albeit, jokes that aren’t funny at all), some of them cross the line into what seems like genuine envy over some of his more famous, and more well-received Bachelor alum counterparts. He went after Ben Higgins, who’s been on multiple seasons of the franchise, including being The Bachelor, for having a successful podcast with fellow alum Ashley Iaconetti.

Podcasts don’t make money. As I was told after 6 months of working in mine. Even Ben Higgins earns less than 20k per year from his podcast & it’s very highly listened to (I don’t know why). But it’s not worth the time or energy. It’s a circle jerk for you to hear your own voice. https://t.co/jVzAPcAJYs

After Higgins responded, Chad doubled down on his bizarre accusations:

This is 100% true lol these are legal figures given to my sources. Keep pawning that coffee Ben, also keep never telling anyone the actual percentage that benefits the actual charity. Captain charity, Ben Higgins, formally known as Captain Deceptive. https://t.co/q3yYqlnXZl

Literally who cares how much Ben Higgins is making from his podcast? How does Ben Higgins’ podcast affect him like…at all? Also who are these sources? Do you have private detectives looking into everyone that’s ever been on The Bachelor? For someone who hates all these people so much, you sure seem to spend most of your life following their every move! As I’m reading the tweets getting progressively more insane, like threatening to cut off Nick Viall’s dick, then threatening to date a Twitter stranger with 83 followers’ daughter when she turned 18 and then break up with her out of the blue, I realize that most of these aren’t true and are simply attention seeking, Johnson goes right ahead and confirms my theory:

Some of these tweets are true and some have been falsified to add dramatic effect. Read, comment, and enjoy according. Or just fuck off honestly I don’t even care I cracked up a few times on the plane over my own writings so that was cool. But alas, enjoy….

So like…why? Enjoy what? Enjoy you saying Wells Adams is not a muscular person? Wow you really got em, dude! Or making fun of Colton Underwood’s publicized virginity? Original! Saying that Sean Lowe has sex with men in gyms in Dallas? Holy sh*t, you went there! Referring to Tia Booth as Tia “whatshertits” before suggesting she cheats on her boyfriend? Iconic, man! Calling Dean a bad negotiator! I bet he’s crying in his van, bro! All of these are real tweets that Chad shared today, most of which clocked in at less than 50 likes.

He concluded his rant coming again for Ben Higgins’ finances:

I literally know how much money you make per month down to the cents. Don’t be a dick, I’m smarter than you. https://t.co/q3yYql6mAL

I don’t know what Chad’s trying to accomplish with all of these bizarro tweets, except showing us how much extra time he has on his hands. But like…live your fantasy, girl. Nobody seems to be too bothered by it, and the fact that the tweets don’t have more likes is a sign for a better future anyway. Maybe it’s all a publicity stunt to get resurrected into the franchise? Either way, we all have enough Bachelor drama to try and keep up with, so can we stop adding pointless ingredients into the mix?