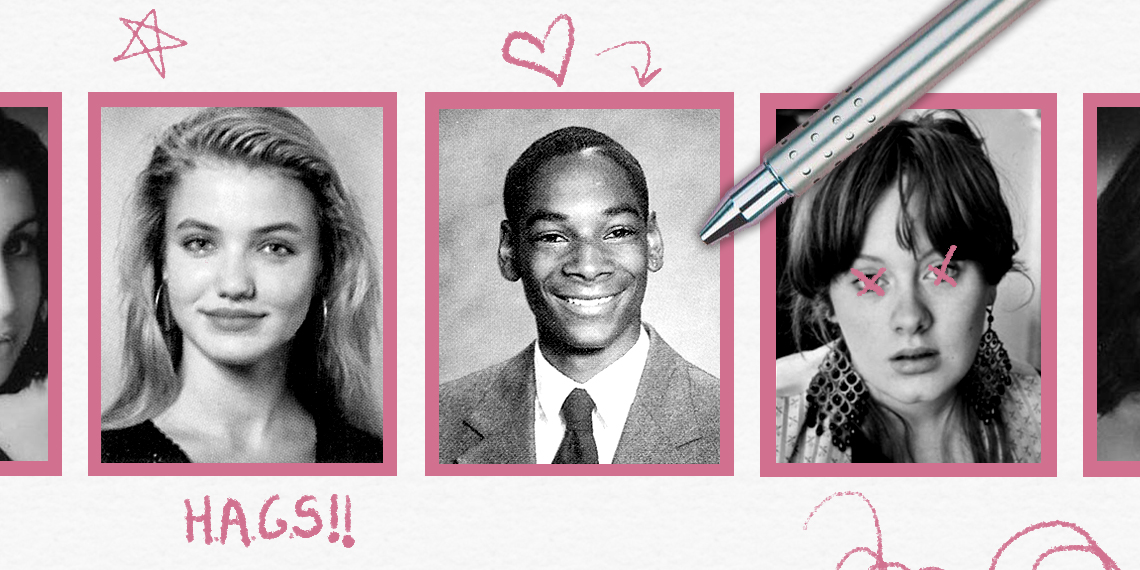 Most of us dread the thought of our high school days. For me, it’s awkward memories filled with braces and embarrassing stories. I have trouble remembering a large portion of my classmates, but if I had celebrity classmates, you can bet your bottom dollar I would remember them. What I gather from reading celebrity blind items is that Hollywood is a weird incestuous place where everybody knows each other. And often times, celebrities knew each other before they become famous. Like, a bunch of them even went to the same high schools. So random. Here is a list of the most famous celebrity classmates.

Back when Lady Gaga was just Stephani, she and Nicky Hilton attended Convent of the Sacred Heart, an all-girls private Catholic school in NYC. Although Paris also went to the same school, Gaga didn’t see much of her since she was older. This duo just goes to show you that even though two girls started at the same school, they ended up in the public eye in very different ways.

The two attended Long Beach Polytechnic High school in California. Back in the day, Snoop was known as Calvin Broadus, but according to Diaz, he looked very similar. She has said, “He was a year older than me… I remember him, he was very tall and skinny. He wore lots of ponytails.” She is also “pretty sure” she bought weed from him. Some things never change.

Not only did these two successful actors go to high school together, but they have remained friends. The two attended North Sydney Girls’ High School, an all girl’s high school in Sydney’s north shore.

The two men attended Eton, an all-boys boarding school in England. This school is considered to be rather prestigious, costing about $46,780.80 per year. Wow. But hey, the next king and an Oscar winner deserve nothing but the best, right?

There is clearly something in the water at this high school. These four men attended Santa Monica High School in the 1980s. Although Penn and Lowe were the only two of the four to graduate, you can’t deny that this school fostered some well-known names. For those wondering, Downey Jr. dropped out and Sheen was kicked out just a few weeks prior to graduation. Neither of those facts surprise me.

The three attended Crossroads High School in Santa Monica. As children of celebrities, Tyler and Hudson had a lot in common and became friends growing up. Deschanel and Hudson acted in the school’s production of Don Quixote. Who would have thought the two would then go on to star in Almost Famous together? (Yes, Zooey was in it, IMDB it if you don’t believe me.) Hmm. The more you know.

This is maybe not that surprising since it’s commonly known that Tupac and Jada were close. Still, Tupac and Jada attended Baltimore School for the Arts in Maryland in the mid-80s and became fast friends. On the first day of school, he introduced himself to her and according to Jada, they “hit it off from that moment on.” She reminisces on their friendship, saying that he “was one of my best friends, he was like a brother.”

If there is a better bromance in Hollywood, someone please let me know. Not only did the two attended Cambridge Rindge and Latin School in Massachusetts for high school, but they actually met in the third grade. The two have been inseparable over the years and it clearly works to their advantage, staring and co-producing countless  Netflix-worthy shows and movies.

These four women with powerhouse voices attended the BRIT School for Performing Arts and Technology in London. Jesse J and Adele were classmates, while Lewis and Winehouse were several years older. If you were to ask me about working on your singing, I’d say screw vocal lessons and attend this school. Who knows, maybe you’ll have some celebrity classmates of your own.

We are ending this celebrity classmates list with a bang. Adam Levine and Jonah Hill not only attended junior high together but actually carpooled to school together. Hill said that “Our dads met in the principal’s office in junior high. We were in carpool, we lived at each other’s houses.” Since graduating, the two have remained close. Hill even officiated Adam Levine and Behati Prinsloo’s wedding back in 2014.