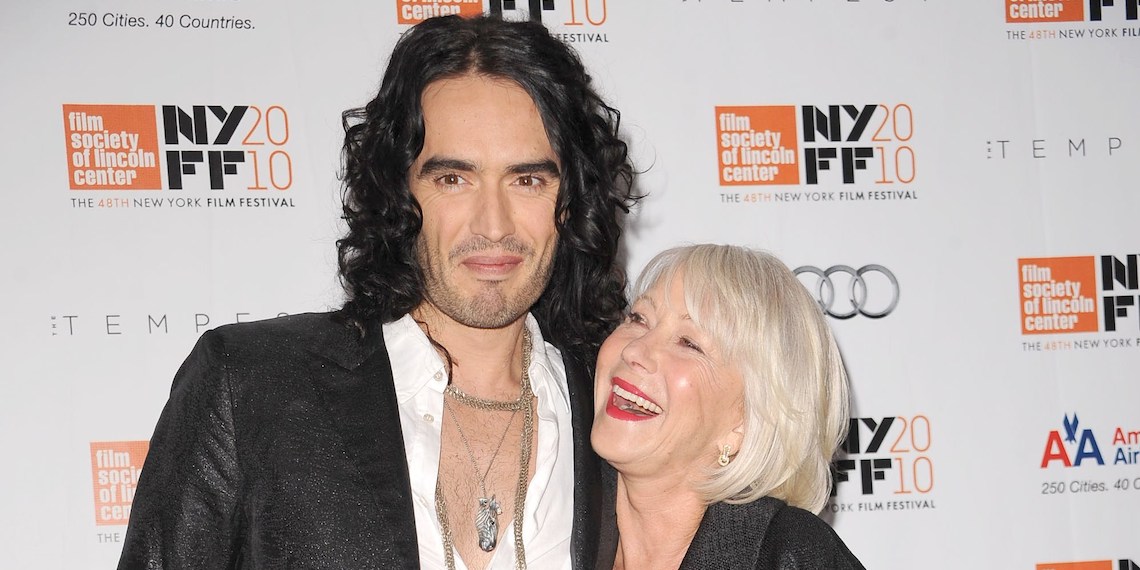 Celebrities You Didn’t Know Are Friends

We all have that crew of friends that we would do anything for, whether it’s driving them to the airport at 6am or finding matches for them on Ship. It’s just what friends do. Famous people are no different, except that the people in their group chat might also be A-listers. Casual. I don’t know about you, but my Ship crew definitely doesn’t have any Oscar winners in it. Here are some surprising celebrity friendships you might not have known about.

Serena Williams and Kim Kardashian are two of the most famous women in the world, and they’ve actually known each other for more than 15 years. A few years ago, Kim told Vogue, “Serena’s the girl you can call and say anything to. She’ll never judge you, and she’s never too busy for you.” Obviously Kim has a lot of respect for Serena, and she attended the tennis champion’s New Orleans wedding with other stars like Colton Haynes and Eva Longoria.

Russell Brand and Helen Mirren are 30 years apart, but they both have a great sense of humor, and they love working together. They’ve done a couple of movies together, and Brand even called their relationship“an unconsummated love affair…between a Dame and a vagabond.” I’m not sure I know what he’s talking about, but I’m glad it works for them.

Jen and Robert have been friends since the ‘90s, and she even visited him when he was in prison. Famously, he introduced her to her (now ex) husband Justin Theroux, and made a speech at their wedding. Seriously, how can I get Robert Downey Jr. to be in my Ship crew? I need Iron Man to find me some matches.

When 50 Cent isn’t busy feuding with the stars of Vanderpump Rules, he spends time with unexpected friends like Meryl Streep and Bette Midler. He and Bette have attended each other’s charity events in the past, and Bette even joked that 50 Cent was going to produce a rap albumfor her. Still waiting to hear Bette Midler rap, but I’m glad these two get along so well.

Gwyneth and Jay met way back in 2006, and they’ve maintained a close relationship since then. They’ve both spoken publicly about their admiration for one another, and Gwyneth even revealedthat her kids call Jay-Z “Uncle Jay.” Honestly, I’m obsessed.

Jennifer Lawrence has been public about her obsession with reality shows like The Real Housewives of New York City and Keeping Up With The Kardashians, so she was thrilled to get to know Kris Jenner in real life. A few years ago, Jennifer’s friends threw her a surprise birthday party and invited Kris. When JLaw first met her, she said“it was the closest ever come to losing consciousness. Honestly, I would be the same way.

So there you have it. Just like you and your best friend that you used to hate in middle school, friends can come from unexpected places. Now you’re her bridesmaid, and she’s finding matches for you on Ship, so anything is possible. Now seriously, who do I talk to about Robert Downey Jr. being my matchmaker?