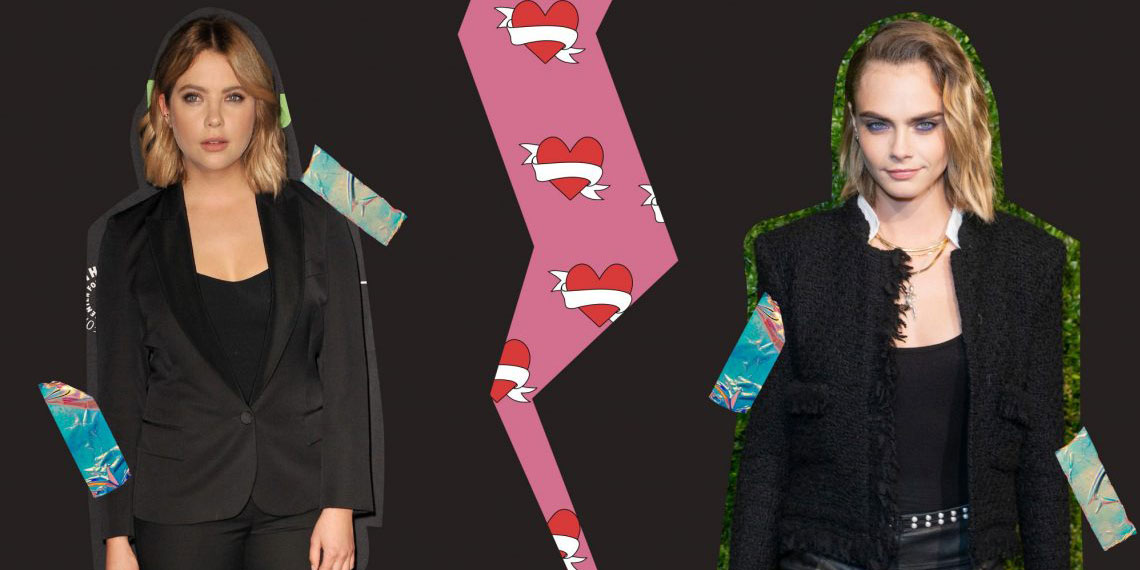 Okay, on the count of three, say it with me. One, two, three… NOOOOOOOOOOO. We always knew that this extended quarantine period would lead to some celebrity couple breakups, but now they’ve begun, and I’m officially not okay. On Wednesday, E! News reported that Cara Delevingne and Ashley Benson have called it quits, and I simply can’t. I could deal with Kristin Cavallari’s divorce, and Aaron Carter’s mess of a relationship, but these two? I really thought they were in it for the long haul.

So far, we’re light on details surrounding Cara and Ashley’s reported split, but E! says that “Cara is enjoying being single and spending time with great friends in quarantine.” From the sound of that, they may have been split up for a while now, but we don’t really know. While Cara and Ashley have been public about their relationship for nearly a year, they’ve never been the kind of couple that constantly posts together. It seems pretty clear that they were together at the beginning of quarantine, but who knows when things went south.

As for which friends Cara is hanging out with right now, that’s also unclear. Early in quarantine, when this still kind of felt like a fun break from real life, Ashley and Cara were hanging out with a famous group including Margaret Qualley, Kaia Gerber, and Tommy Dorfman. They were posting on Instagram, painting each other’s nails, and making TikToks together, but that group dissipated after a few weeks. Whether Cara is still seeing this same group, or she’s around other friends, there’s definitely some sketchy social distancing going on.

Regardless of the details of their reported split, it’s been a good run for Ashley Benson and Cara Delevingne. They were first linked publicly nearly two years ago, and were seen hanging out and traveling together throughout the summer of 2018. They kept things casual for their first year together, but they went public last June, in support of the 50th anniversary of the Stonewall Riots. At that time, Cara told E! that it was approximately their one-year anniversary, so it just felt like the right time. I’m not crying, you’re crying. Since then, they’ve been one of our favorite celeb couples, which is why their split would be such a surprise.

Remember this? I don’t want this to be over!

So for now, we’ll wait for some kind of confirmation about this breakup, but with this kind of thing, where there’s smoke, there’s usually fire. 2020 is officially the year of not having nice things, and it’s not getting any better. I don’t know how many more celeb breakups we can handle, but I have a feeling this won’t be the last one we hear about by the time quarantine is over.