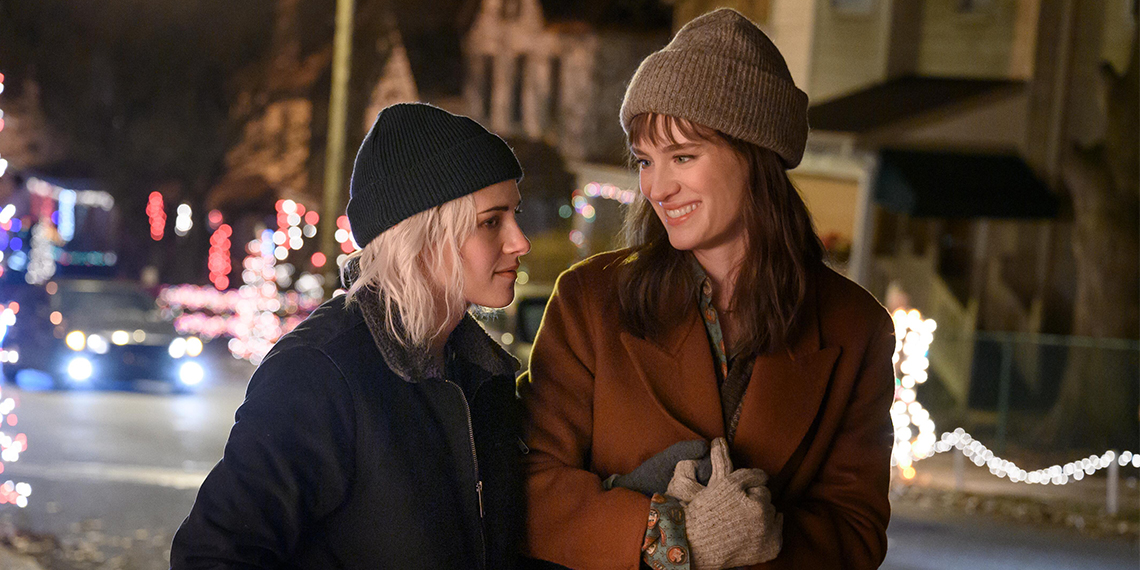 Can We All Agree Harper In ‘Happiest Season’ Sucks?

I wanted to like Happiest Season. I really did. Even after it came out and I saw all the memes that were being posted, like these:

I wanted to give it the benefit of the doubt that it wasn’t as bad as everyone was saying. And it wasn’t. It was worse.

Ok, that’s dramatic. All in all, it was actually a good movie. The characters were entertaining and the jokes were actually funny. Dan Levy, Kristen Stewart, and Aubrey Plaza all played themselves, which was fine with me. Did you see Aubrey Plaza in those power suits? Drool. I tried to overlook the vaguely tone-deaf response from the family after Harper (Mackenzie Davis) came out, but that was just the tip of the iceberg. The most infuriating part of the whole movie is how terrible Harper is to Abby (K. Stew) and they STAY TOGETHER. I was fired up about it. I still am. So much so that I will now list out chronologically all of the times that Abby should have broken up with Harper.

1. When Harper Told Abby On The Way To Her Parents’ House That She Lied About Being Out

They are mere minutes away from the front door before Harper says, “Remember how I said I told them in June and they took it really well? Well, I didn’t actually tell them.” FULL stop. Not only has she been lying for six months, she has been lying about the fact that her family is loving and accepting of their relationship. Abby thinks she’s on her way to join a new family’s tradition after not having one for years, and she is jammed back in the closet. Mayyyybe if Harper said something beforehand about them having to be a secret at home it might have been better, but not much.

2. When Harper’s Ex-Boyfriend Connor Showed Up Unannounced To Dinner And She Didn’t Do Anything About It

Ok, sure, Harper’s mom was the one who invited him, but that doesn’t change much. Abby gets up from the table upset and goes to the bathroom, and Harper follows her and promises it won’t happen again and distracts her with kissing her. And then he shows up at every event following that dinner. He is EVERYWHERE. Even out with her friends. Which brings me to my next point.

3. When Harper Ditches Abby Two Times In One Night To Stay Out With Her Ex-Boyfriend Until 2am

Abby is uninvited from a dinner because she is framed by those bratty kids at the mall, which Harper BARELY defends her for. Abby then goes for a solo walk around a town she doesn’t know and runs into Riley (Aubrey Plaza). They go to a gay bar, and Abby smiles for the first and last time in the whole movie. Then, when Abby meets Harper at a different bar, she is with her friends and Connor. Abby wants to leave, but Harper stays. So Abby goes home alone and doesn’t get a text back from Harper for hours. Cut to Harper sitting at the bar laughing and sharing a basket of fries with only Connor and no sign of her friends. It’s just so mean.

4. When Riley Tells Abby What Harper Did To Her

At the gay bar, Riley, Harper’s first girlfriend, tells Abby about why they broke up. Riley says they used to leave love notes in each other’s lockers, and one day Harper’s friend found one. Instead of fessing up or covering it up, Harper tells everyone that Riley is gay and is obsessed with her and won’t leave her alone. I know this happened in high school, but clearly Harper has a past of hiding her girlfriends and doing anything possible to maintain her image.

5. When Harper Is A Total C*nt To Abby The Morning After The Bar

Harper has the unmitigated gall to tell Abby that she is being “suffocating” after Harper spent 24 hours actively ditching her. Later, Harper questions Abby about hanging out with Riley. I had horrible flashbacks to being gaslit that I am suffocating when I was just trying to get a goddamn text back and the other person was the one who was out doing f*ck sh*t. That might just be a me thing, but I don’t think it is.

6. When Harper Is Only Hanging Out With Connor At The Family Christmas Party

At Harper’s family Christmas party, Abby is left alone YET AGAIN while Harper talks with Connor. Technically, Abby says “I’m done” and packs her bags, but Harper just cries and makes her feel bad and Abby stays. That’s when I really started to feel my blood heat up.

7. When Harper’s Sister Outs Her And Abby To The Whole Party And Harper Denies It

COME ON!!!! Abby *just* un-broke up with Harper, and then she goes and proves herself unworthy once again!! This was Harper’s chance to show Abby how serious she is about making it up to her, and she does the same shit that she has always done. Absolutely infuriating.

8. When Harper Chases After Abby And Cries To Her At The Gas Station

John (Dan Levy) gives Abby an inspiring speech about how coming out is different for everyone (didn’t love the ending when he insinuated Abby should wait around indefinitely for Harper to be ready to come out, but whatever), and ironically, Harper decides to tell her family the truth when Abby returns from her walk with John to get her things. Abby tells Harper it’s too late, and for a moment, I rejoiced. Then, Abby and John make a pit stop at a gas station where Harper finds them and begs for Abby’s forgiveness. Abby gives it, say, three seconds of thought and takes her back. Credits roll and you see they are engaged a year later. It is ABHORRENT.

I’m not saying Abby shouldn’t have dated her because she was in the closet; coming out to your family is serious and scary no matter how loving your parents are. It’s the fact that Harper dragged Abby through the mud and blamed it on “being scared of coming out.” Her actions are perpetually hurtful to Abby, and when Abby tries to stand up for herself, Harper cries her way out of it.

Anyway, that’s my beef. K. Stew, just know I would never hurt you like that.