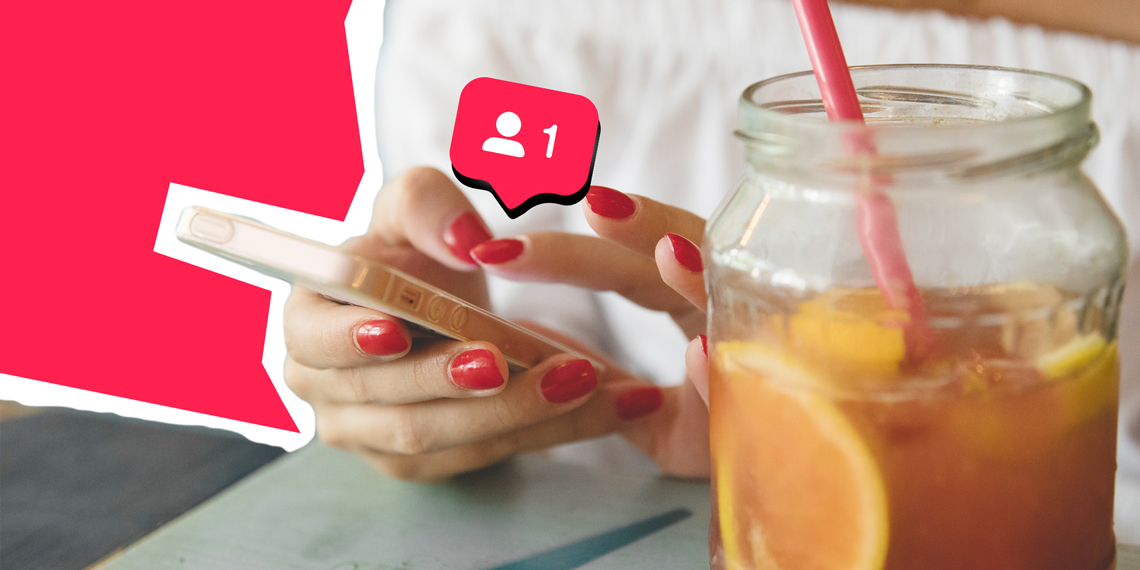 When Can You Add Him On IG Without Making It Weird? A Guy Answers

Ever since that sociopath from Harvard got sued by the Winklevoss twins and sipped appletinis with Justin Timberlake, social media has taken over our digital and physical lives. In 2018, a simple post has the power to get people hired, fired, followed, and swallowed (sorry, I’ve been listening to a lot of Kanye). And the realm where it has arguably the most pull is your love life. In a world where every pose and pancake is documented, social media has the power to make or break your future relationship. So how do you get electronically involved without making it awkward? When can you add potential bae on social media without looking like a mentally unstable spinster? When should you…

Instagram is the trendiest social media platform, and according to my friend who teaches junior high, it’s what kids are signing in each others’ yearbooks (and boy, does that make me feel old af). But it also has the least amount of commitment. IG is the easiest way to say you’re interested without coming off as a stalker/weirdo/creeper. If you’re looking to do a little cyber sleuthing without blowing up his spot, this is the move. Some people follow before they even meet, but I think that’s a bit much. I think a good rule of thumb is if y’all have kissed, it’s totally fair to hit him with the follow.

Ask For His Snapchat?

Ah Snapchat, the go-to method for showing your friends that weird pigeon outside your office window. Despite what Kylie Jenner says, human beings are still using Snapchat on the daily to keep in touch and/or pretend they’re puppies. Personally, Snapchat provides a much more intimate look into my life than something more surface level like Insta, so I don’t want to give access to just anybody. Unless you two are clearly trying to kick off the sexting right from the get-go (godspeed, boo boo) I’d hold off. Wait a few weeks or until you’ve seen each other naked, whichever comes first.

Tag Him In Memes?

Who doesn’t like a good meme? They have the power to  make your friend giggle uncontrollably during a Powerpoint presentation or sway a presidential election. They’re the digital inside joke perfected. But inside jokes are exactly that—they’re personal. And if you’re tagging homeboy in them, they’re happening in the public space where god, king, and country can see them. This is not a first-date or even second-week scenario. Like getting drunk at a wedding, tagging each other in memes requires a greater degree of familiarity or you risk ruining the entire thing. I’d give it a month or two unless he tags you first, in which case, caption Spongebob pics to your heart’s content.

Know what’s not cooler than a million dollars? Friending me on Facebook before I’ve even made it back to my apartment after our first date. Friending on Facebook is the highest degree of digital commitment. It’s basically the social media equivalent of proposing. Call me old fashioned, but I’m one of those people that keeps their Facebook set to private, ’cause I don’t want nobody looking at my high school prom pics without my notarized written consent, thank you very much. In order to avoid scaring off potential bae, I’d wait until you’re in an actual relationship before hitting that friend button.