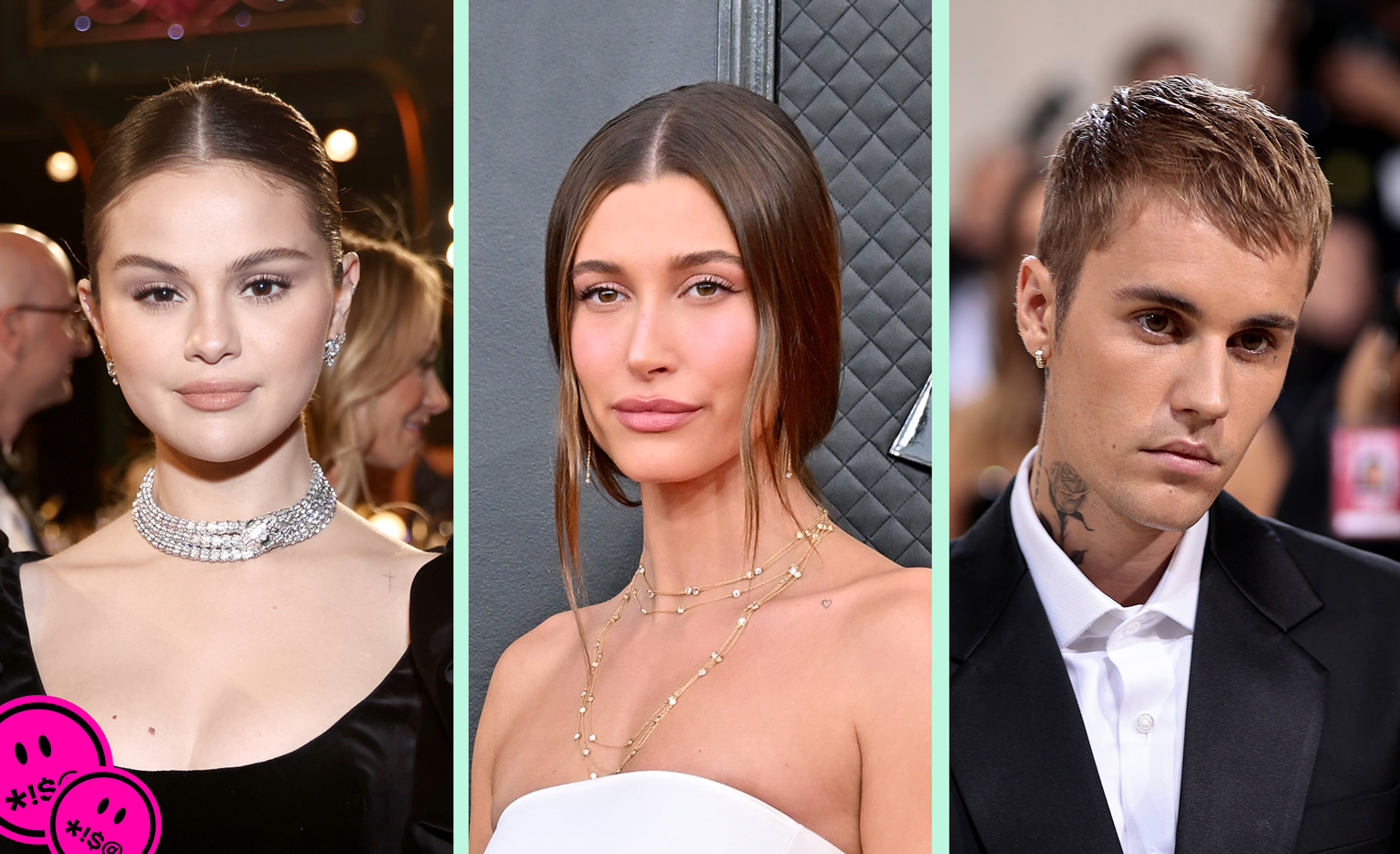 It seems like everyone is talking about the latest Call Her Daddy podcast episode right now. Host Alex Cooper recently interviewed Hailey Bieber and it’s safe to say the Internet went wild. Hailey spilled the tea on the former (yet infamous) love triangle with her now-husband, Justin Bieber, and Selena Gomez… Yes, all without mentioning her by name. Ah, celebrities. They’re just like us.

Hailey has never publicly spoken about *gestures* all of this, and she made it clear that this would be the first and last time she does so. But before we get into the nitty gritty, let’s take a look back at how exactly we got here. This one is a long ride, so grab a matcha and get comfy.

Justin and Selena made their relationship debut at the Vanity Fair Oscars Party. *Cue the Jelena fan club formation* .

Reconciliation rumors arose when Selena went to meet Justin while he performed in Oslo, Norway.

Jelena are officially back together.

Jelena breakup #2 is confirmed with Selena’s new song, “The Heart Wants What It Wants.”

Justin was caught serenading Selena with the song “My Girl” by The Temptations at a Beverly Hills Bar.

Justin and Hailey went on vacation together and he posts their steamy New Year’s kiss.

Selena and Justin are seemingly back together. Yeah, we have whiplash, too.

While performing on her Revival Tour, Selena takes a fan’s sign that says, “Marry Justin Please” and crumples it up… and of course, it went viral.

Justin and Selena got into a fight online after he asked fans to stop harassing his then-girlfriend, Sofia Richie.

Aaaaand Jelena is back on.

Jelena breakup #3—and this one is final.

We can hear the bells—Hailey and Justin tied the knot at a courthouse in New York City.

The couple had a larger wedding ceremony with family and friends in South Carolina.

Based on what we know, Hailey and Selena’s relationships with Justin never overlapped. Selena moved on from her relationship with Justin, confirming that it ended as it was toxic and unhealthy. Justin and Hailey are now happily married, candidly sharing their experiences in building a trustworthy, loving relationship. So you’d think that the timeline depicting the drama amongst these three would end in 2019. But alas, it continues and is still relevant today…

Shortly after the Biebers second wedding, Selena released her single “Lose You to Love Me,” seemingly referencing Justin and their breakup. A few hours later, Hailey shared the song “I’ll Kill You” by Summer Walker and Jhené Aiko via Instagram stories. Selena fans immediately attacked Hailey, who assume this song is shared in response to Selena’s song. While the timing was off, Hailey denied these accusations and Selena even jumped in, saying, “If you’re my fans, don’t be rude to anybody, please.”

While Hailey and Justin posed on the red carpet at the 2021 Met Gala, a crowd of fans chanted Selena’s name (and Hailey later spoke about it on the Call Her Daddy podcast). On the carpet, Hailey wiped her eye, Justin turned to comfort her, and Hailey subsequently put on a pair of sunglasses.

Hailey said there’s more to the story than meets the eye, though. She alleges that she had something stuck in her eye, to which Justin looked and told her she was fine. The glasses were always a part of her outfit, she said, and she had always planned on taking a few photos with them. In fact, according to Hailey, she didn’t even realize what the fans were chanting until she watched videos of it later

In a TikTok, Hailey begged trolls to “leave alone.” She has continued to be mercilessly harassed by Selena fans, and clearly was—and continues to be— frustrated by it.

Selena posts a skincare video on TikTok shortly after Hailey posts one of her own. Hailey fans immediately interpret Selena’s video as a mockery of Hailey’s, to which Selena responds, “Guys no idea what I did but I really am sorry. Zero bad intention. Deleting soon.”

And here we are now. Hailey went on Call Her Daddy, where her relationship with Justin and past drama with Selena were the main topics of conversation. Obviously, the internet had a field day with this too, accusing Hailey of trying to squeeze in her last word before Selena’s documentary premieres this November.

And while Hailey’s answers to Alex’s questions were pretty surface level, she made an effort to shed light on the positive, and even reassured listeners that the online hate has subsided, at least for the most part. She believes, though, that the hate she received comes from the misconception that she “stole” Justin from Selena. She says that she isn’t a homewrecker, nor was she ever one—and to be fair, Selena has also never suggested that this was the case.

Hailey also highlighted that it’s not in her character to be involved with cheating, and she would never participate in anything of the sort. She also touched on some emotional challenges she has faced, such as her past thoughts of feeling unworthy and depressed. And to that end, she spoke candidly about the importance of seeking help, which for her included seeing a psychiatrist and developing a strong, reliable support system.

Here’s the thing, though. In addition to all of these specific events, both Hailey and Selena have been the recipients of a ton of hate and backlash online. And although the Biebers have been married for four years and Selena has moved on, the Internet has, well, not.

If Selena and Hailey can maturely move on, surely everyone else can, right? Right?! Here’s to hoping that Hailey’s interview puts an end to the speculation and everyone can focus on bigger and better things—like Taylor Swift’s new album Midnights or the latest season of Bachelor in Paradise. 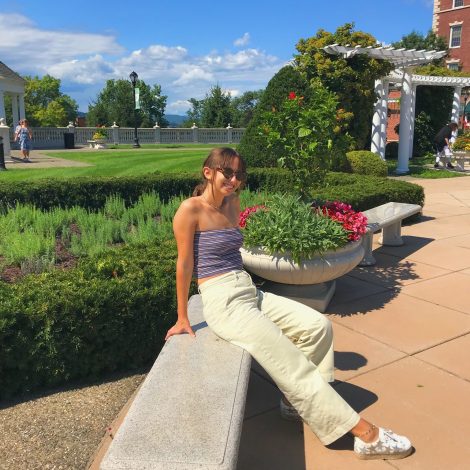