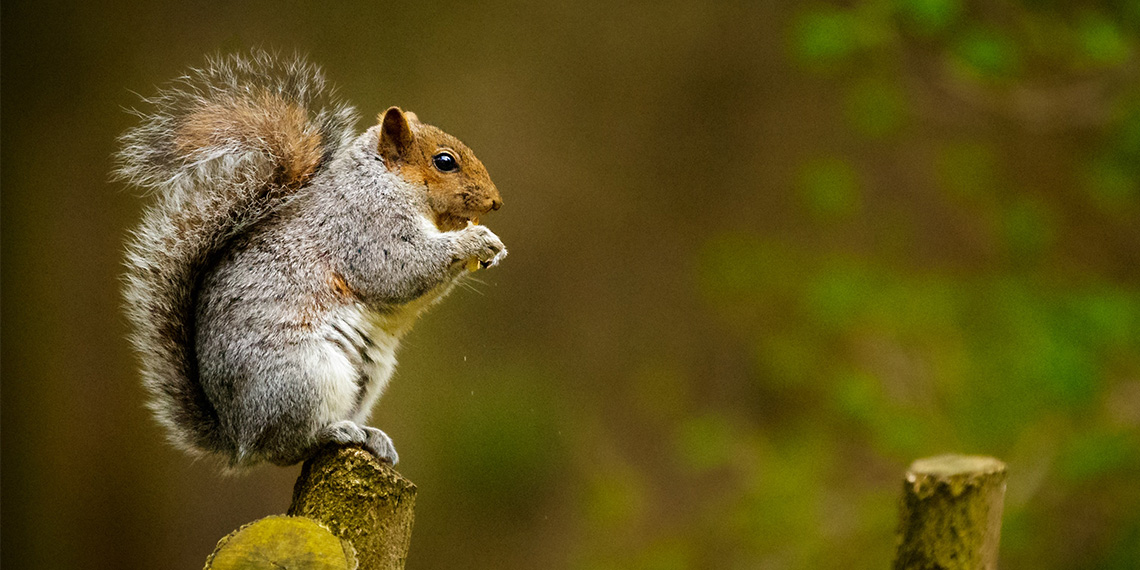 Bubonic Plague Is Making A Comeback, Because 2020 Will Not Chill

I’m sure that some of you, upon reading this headline, checked today’s date in the desperate hope that we had yeeted back in time to April Fool’s Day. But no, it’s 2020, so this is just what the world is like now. It isn’t fun, but at least it’s not boring. We’re not even close to being done with coronavirus, but the universe may already be sending us something even scarier. But instead of just immediately panicking, let’s go through what we know.

This week, public health officials in Jefferson County, Colorado announced that a squirrel tested positive for bubonic plague. Yes, that’s bubonic plague as in, the disease that caused the Black Death of the 14th century, which killed tens of millions of people across Europe and Asia. This news came just one week after China reported a confirmed human case of bubonic plague in the Inner Mongolia Autonomous Region, warning residents not to hunt wild animals.

I’ll be honest, I can’t think of anything that sounds more terrifying than the bubonic plague. It’s like some mysterious medieval disease that’s come back to haunt us in our darkest hour, and even though we don’t learn much about the actual disease itself in school, there’s no doubt that the history of plague is… scary. But as much as we associate bubonic plague with like, the 1300s, it’s never actually completely gone away. According to our friends at the World Health Organization, between 2010 and 2015 there were over 3000 reported cases of plague, resulting in roughly 500 deaths. Left untreated, the death rate for bubonic plague is somewhere from 30-90%, but with treatment, it’s closer to 10%. Those numbers might still sound scary, but the point is that bubonic plague has been around this whole time, we just normally don’t hear about it.

The WHO reports that the three countries with the highest rates of plague are the Democratic Republic of the Congo, Madagascar, and Peru, but the idea that there could be a plague-ridden squirrel in your backyard (if you live in Colorado) is less than ideal. According to David Volkle, a Jefferson County environmental specialist, local authorities became aware of the squirrel after a resident reported that they had seen 15 squirrels die “within a period of two to three weeks.” The last squirrel to die was the only one tested, but it’s likely that bubonic plague is responsible for the rest of the deaths as well. 15 squirrels sounds like a lot, but chances are you don’t need to be too worried. But just in case (and because 2020 is a nightmare), let’s go over how people actually get infected with plague, and what the symptoms look like.

According to the Jefferson County public health notice, “Humans may be infected with plague through bites from infected fleas, by the cough from an infected animal or by direct contact (e.g., through a bite) with blood or tissues of infected animals.” Plague spread so quickly in the 14th century because everything was dirty as f*ck back then, and there were flea-infested animals everywhere. Ew. These days, you probably don’t come into contact with too many rodents (your exes don’t count), but it should be noted that cats are highly susceptible to bubonic plague, and they can contract it from eating or being scratched by a rodent. Dogs are much less susceptible, but they can still carry the disease on fleas.

So if you have pets living in your home, you should probably be extra careful about fleas right now, and the Colorado statement also advises not letting pets roam freely outside the house, and eliminating any sources of food around your house for wild animals. So if you have a bird feeder that the squirrels constantly get into, maybe get rid of that for now, sorry. The Jefferson County public health office says that if you follow these rules, your “risk for getting plague is extremely low.” Phew.

But just in case, the most common symptoms of bubonic plague are “sudden onset of high fever, chills, headache, nausea and extreme pain and swelling of lymph nodes,” usually experienced within the first week of exposure. If you’re experiencing any of these symptoms, please go see a doctor, because bubonic plague can be treated with antibiotics if diagnosed.

At this point in the hellscape of 2020, it almost feels cathartic to find something new and different to be worried about. But really, you’re way more likely to get COVID-19 than you are to get stung by a murder hornet or bitten by a bubonic flea, so just keep focusing on that for now. Wear a mask, wash your hands, and don’t go to Disney World—don’t stress yourself out more than you need to.