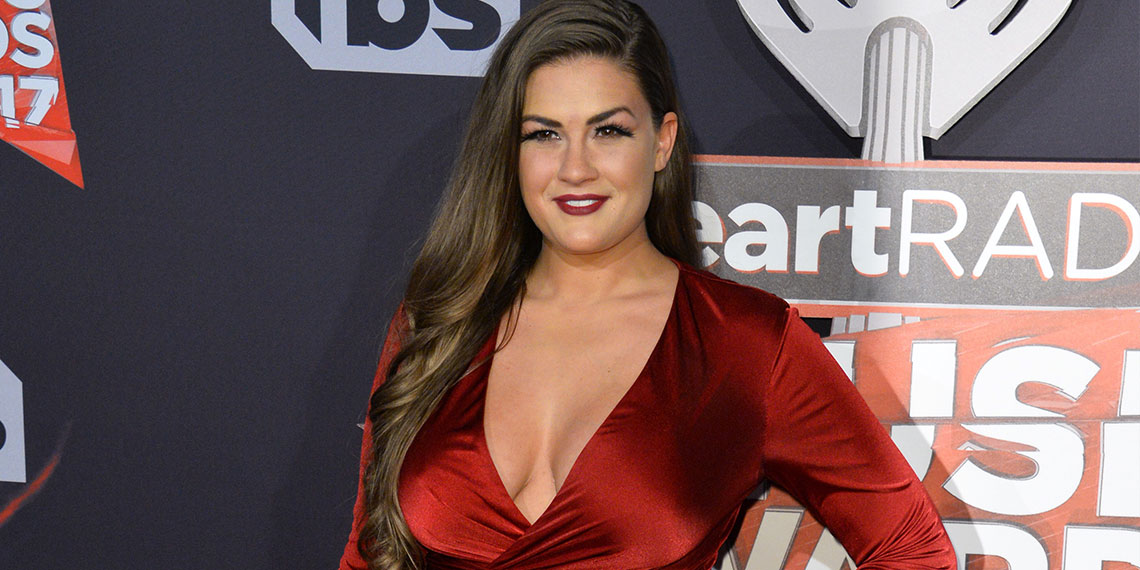 Ever since Brittany first appeared on season 4 of Vanderpump Rules, she’s been a fan favorite. With her Southern roots and bubbly personality, she’s served as the perfect foil to her now-husband Jax, SUR’s resident sociopath and life-ruiner. Remarkably, up until her text exchange with Katie in this week’s episode, she’s managed to escape the wrath of every female cast member on the show, a near-impossible feat given that these women change alliances more frequently than they change faces. Kristen can barely go an episode without referring to Brittany as “my precious Brittany,” and the rest of the ladies regard her as if she’s the Southern reincarnation of Mother Teresa. It was easy to root for Brittany after Jax’s cheating scandal with Faith. But now, as we watch Brittany misdirect her anger at Katie and Sandoval despite Jax’s increasingly erratic behavior, it’s time we dispose of the narrative that she’s naive and needs our help.

Fans of the show remember vividly Brittany’s move from Kentucky to L.A. after meeting Jax in a bar in Las Vegas. “The very first night he met me he told me wanted me to move to L.A. I, of course, didn’t believe it,” Brittany said on E!’s Daily Pop. “Two months later, I moved to L.A.” Brittany has maintained that she did not watch Vanderpump Rules before appearing on the show.

I’m going to have to call B.S. on this. On the one hand, it’s semi-believable, because I’d like to think that no sane woman who’d seen the show would ever agree to move in with a man who can’t get through an episode of said show without lying, cheating, eating pasta drinking excessively, and/or screaming at a friend or co-worker. On the other hand, what reasonably intelligent millennial woman wouldn’t do some healthy online stalking before packing up her belongings and driving across the country to move into a studio apartment with our generation’s Dirty John? She knew what she was getting herself into.

She Actively Tried To Get On The Show

In an interview with Vogue, Brittany said, “I never wanted to be on TV. I never wanted to be an actor or an actress.” Britt, please. Even if we believe that she never watched the show before moving to L.A., her behavior upon arrival is, at best, a bit sketchy. She had barely unpacked her bags before rolling up to SUR in a questionable romper for a job interview with LVP. A couple of things about this don’t add up. First, who would want to work with their boyfriend after already having to spend the rest of their day in a 500-square-foot apartment with him and his creepy foot fetish? This is either the most codependent relationship on TV or she isn’t being 100% transparent about her motivations.

Second, and most importantly, the restaurant in question is the setting for one of the most popular reality shows on television. If she really didn’t want to be on TV, she could’ve applied to one of the other thousands of restaurants in L.A. that doesn’t have a TV crew present for months out of the year. In my light Googling painstaking research for this article, I also came across Brittany’s page on Model Mayhem, which says she’s been a member since August 10, 2010, well before she found herself on our TV screens. In her bio, Brittany says she is looking to “expand my oppurtunities ” and is “willing & ready to travel.”

I can believe that Brittany never sought out to be a professional actress, but for her to imply she didn’t want fame after moving to L.A. to be with a guy she knew for five minutes who just so happens to star on a reality TV show is fake news. One need only look at her Instagram to see that she’s adjusting quite comfortably to a life of paid endorsements and sponsorships. There’s no shame in this at all, but I’d have more respect for her if she were honest about her ambitions. Instead, she acts as if her newfound opportunities just happened with no effort on her part, which is about as believable as her increasingly thick accent that, of late, is reaching Sofia Vergara levels of exaggeration.

At the beginning of season 5, Jax announces that he walked in on Brittany and Kristen hooking up. Given Jax’s never-ending trail of lies track record, it’s unclear whether this did, in fact, happen. Both Brittany and Kristen, Jax’s strongest competitor for Most Honest Cast Member, denied it. Whether or not they hooked up is beside the point. What matters is that Jax, Brittany’s then-boyfriend, thought it was appropriate to talk about her sex life on national television without her permission. It’d be one thing if he was genuinely hurt or considered it cheating, but he seemed completely dead inside unbothered by the idea. Instead, he put it out there to the world without the least bit of consideration for Brittany, who comes from a conservative community. If such callous behavior by Jax wasn’t immediate grounds for a breakup, it was at the very least a huge red flag.

Me to Brittany the past four seasons:

Of course, we can’t bring up the topic of humiliation without mentioning the season 6 revelation that Jax cheated on Brittany with co-worker Faith mere feet away from a sleeping 95-year old woman. As if that weren’t horrific enough, we later learned that Faith had secretly recorded a conversation with Jax where he said some seriously f*cked up things about Brittany. This would be the death knell for just about any other relationship, but after about a month of being “broken up,” the two got back together. THEN, Jax pulls the ultimate douche move and breaks up Brittany mere weeks after putting her through hell. It’s no wonder she wanted him to RAWT there, but it’s mind-boggling that she would take him back after this.

Jax Hasn’t Changed And She Still Married Him

From pretty much the moment she arrived in Los Angeles, Brittany has been subjected to some downright awful treatment by Jax. Over the past several seasons he bought her breast implants and demanded she make them bigger than she wanted, criticized her weight multiple times (even going so far as to suggest her weight contributed to his cheating), expected that she make him sandwiches, and gaslit her at every turn. When we dig beneath the surface excitement of the engagement and wedding, their relationship is so dark that it’s often difficult to watch. Brittany is very likely the victim of some emotional abuse by Jax. But after all this time and with the benefit of having his mistakes documented on TV to learn from, his behavior largely remains the same, and is arguably worse.

He dismissed her concerns when they went to therapy, told her own family that he comes first, and this season lied to her face about his trip to the strip club during their joint bachelor/bachelorette trip, where he said on camera that he was going to leave Brittany for one of the strippers. But when anyone so much as hints that Jax is a less than honorable guy, she becomes defensive and/or hysterical and doesn’t want to hear it. This season, she distracted herself with wedding planning, as if a televised ceremony is going to solve all of their relationship issues. I can’t totally blame her; it’s easier to throw yourself into something superficial rather than deal with the darkest recesses of your psyche. And there are many reasons women in emotionally abusive relationships stay, whether it’s diminished self-worth, isolation, or believing that the abuser can change. We’ll probably never know exactly what’s driving Brittany, and she may not even know herself, but after several seasons of watching back her husband’s misdeeds and contending with the opinions of viewers, there’s no doubt that she knew who she was marrying.

I happen to enjoy Brittany on the show and genuinely believe that she’s a nice person in real life. But we’ve got to stop buying into this idea that she’s this babe in the woods who needs our help. It would not only be a mistake, but a severe underestimation to view her this way. She’s an adult woman making a conscious decision to not only continue in an unhealthy relationship, but broadcast it on national television and benefit from it financially. Whether or not it’s the true love remains to be seen. But just in case it’s not, I’ll be here waiting with my popcorn for their future appearance on Marriage Boot Camp: Reality Stars.