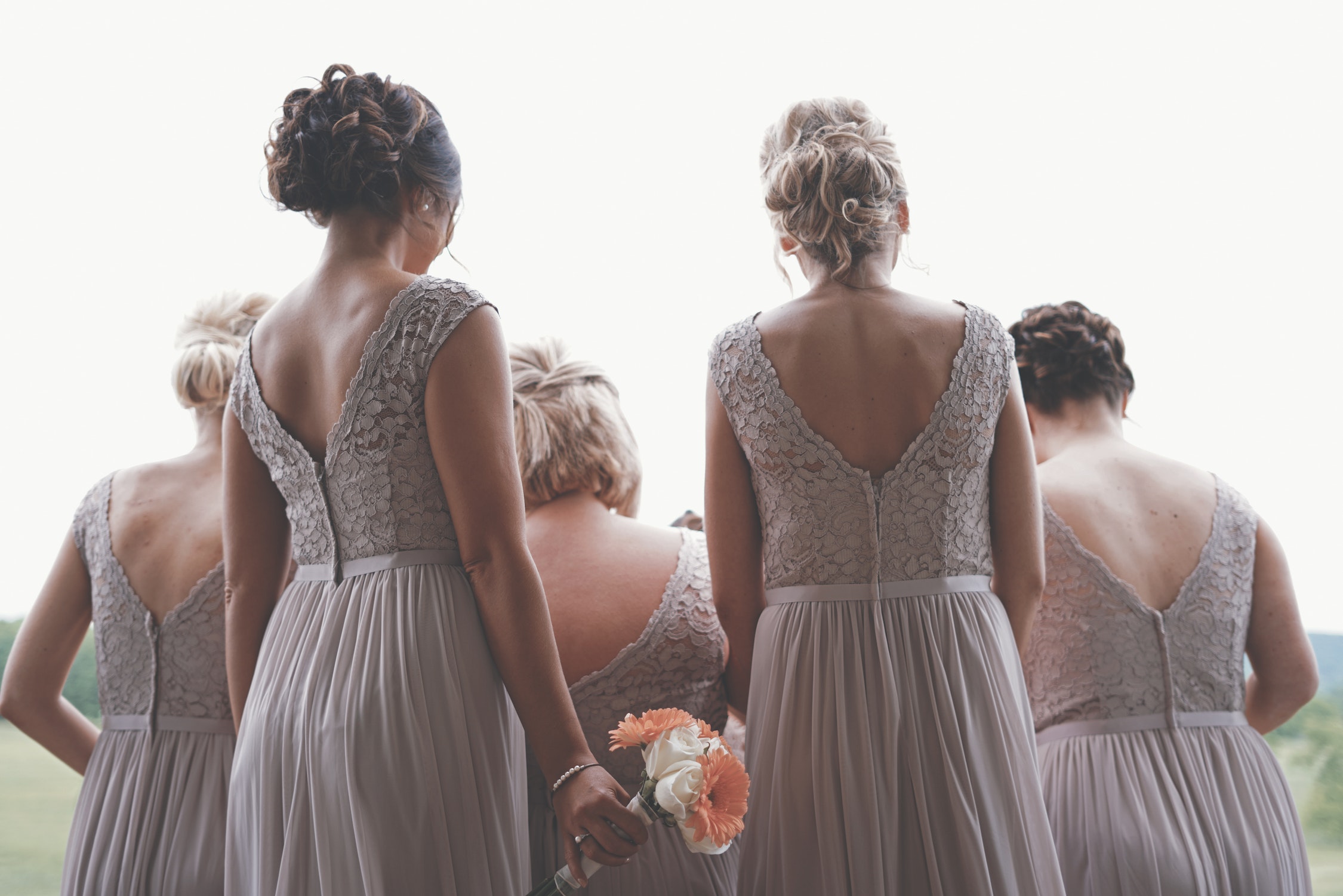 6 Bridesmaid Gifts That Can Actually Be Used At Your Wedding

There’s a lot to think about when you’re getting married, and you don’t want to neglect your bridesmaids. Making sure you give bridesmaid gifts thanking them for participating in your wedding is important. By the time you get to the morning of said nuptials, there’s likely to already be some resentment, anger, exhaustion, and general pettiness amongst the group. Maybe you made the horrible decision to have two maids of honor, or for your mom to be a bridesmaid, or to have four hours of pictures sandwiched in the middle of the day. Whatever the case, it’s best practice to quell the potential mutiny of bridesmaids with bribes. Bonus points if said gifts can be used the day of your wedding, like these neat things:

Are you getting married in the dead of winter, or in a location that just experienced weather cold enough to freeze boiling water in mid-air? I’m not going to delve into your choices, but offering a shawl–be it faux fur or hand-made cashmere as a practical but sweet bridesmaid gift wouldn’t be the worst thing in the world. There are plenty of beautifully made Lenny Kravitz-sized scarves that your ladies can drape around their freezing bodies that won’t detract from your tasteful outdoor pictures.

Obviously, booze is a wonderful choice. Get a few bottles of local wine, small batch whiskey, or craft gin for your ladies, and watch the magic unfold the morning of the shindig. You can even customize booze offerings by which lady likes which spirit. That can work especially well if you have more than six bridesmaids and someone is feeling ignored. You’re the bride and star of the show, after all, so a bit of directed love at a specific friend can go a long way. #Psychology. You can even get weird with it and get everyone gin-brewing kits, so they can experience the magic of making alcohol right at home! It wouldn’t be a great day-of option, unless they just get bored and eat the spices and chug the gin.

Robes to get ready in (and take nauseating group photos in) are a big thing these days, and, honestly, it makes a ton of sense. Why wouldn’t you want a cute, cozy bathrobe to hang out in while strangers slap makeup on your face or tease your hair so it looks amazing in a flower crown? It’s going to photograph a lot cuter than a stretched out t-shirt from that brewery down the road and Bugs Bunny sweatpants. Etsy has been leading the charge on these, offering everything from monogrammed waffle weave spa-quality robes to thinner material boasting giant flower patterns. There are also looks for every price range, so if you think Sarah deserves a robe for $50, but Natasha only earned a $16 robe, you can make it happen.

Are they all required to wear fire-engine red or soft peony pink on their nails for your big day? Cool. Buy it for them and stick it in their bags as a thank you. It’s a small touch, but it’s a nice way to ensure that they always remember you whenever they paint their nails that color. Ever.

If you’re wedding is bound to be a sh*tshow, at least try to save your bridesmaids a bit of pain. Etsy has tons of cute survival packs pre-loaded with Tylenol, Chapstick, Pepto, water, sunscreen, and hangover pills as inexpensive bridesmaid gifts that’ll come in very handy after the six-hour reception. Plus, it’s nice to have things like mints on hand if they’re trying to smash later with that hot groomsman. Just saying.

Let’s say you’re a v specific bride, with v specific taste. Maybe you want your bridesmaids to wear really pretty white gold hoops and gold necklaces and gold knot bracelets. That’s cool. Maybe you should have that be their gift. Seriously, some of the best gifts I’ve gotten while serving time as a bridesmaid have been the jewelry that the bride wanted us to wear. Sometimes it was knotted gold earrings, occasionally it was a not-tacky silver bracelet. They’ll appreciate the jewelry, and you’ll appreciate that no one is wearing a fake Heart of the Ocean necklace because she thought it looked so fetch with her bridesmaid’s dress.