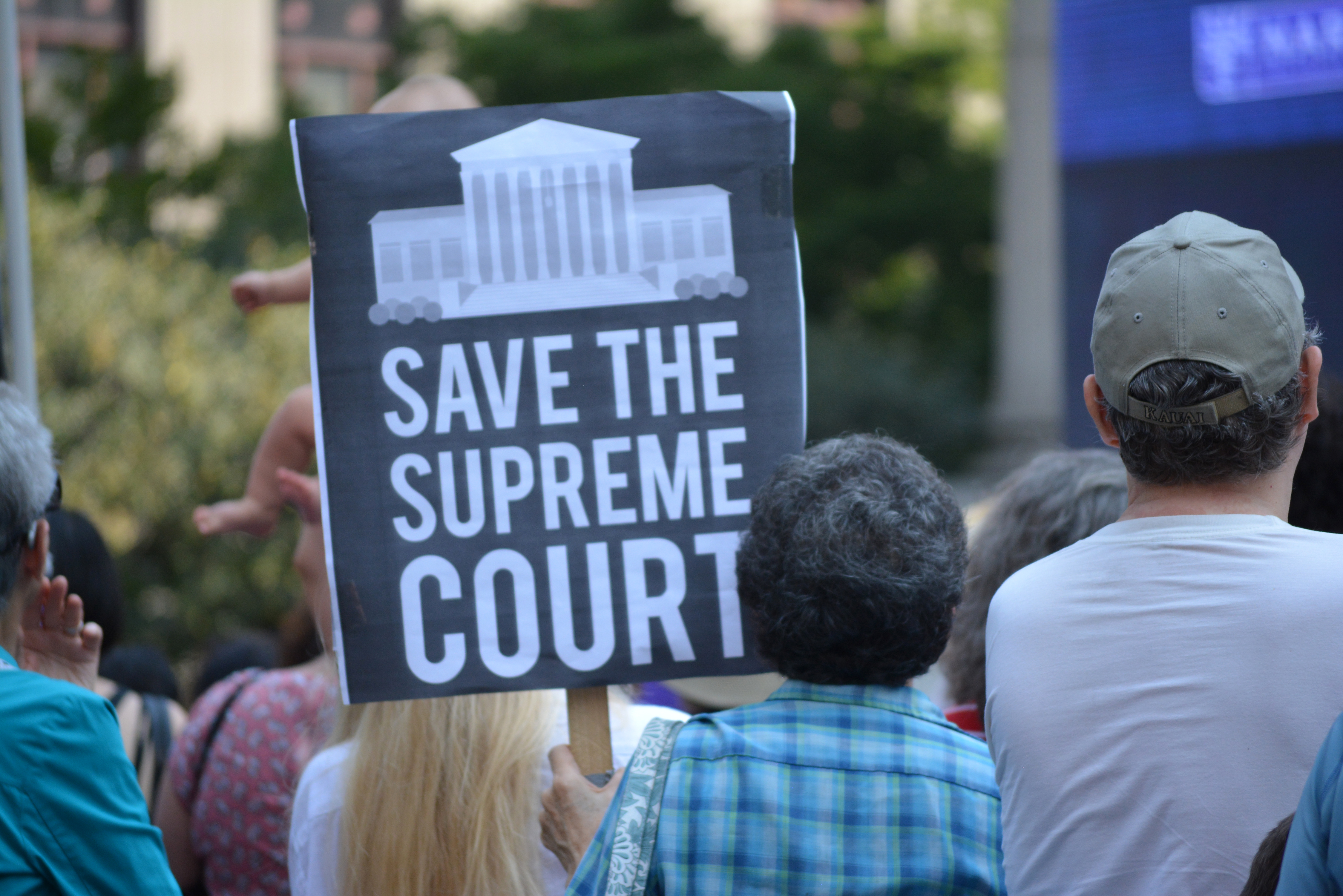 The Biggest Drama On Day Two Of Brett Kavanaugh’s Hearings

Mamma Mia, here we go again. Welcome to our breakdown of Day 2 of Brett Kavanaugh’s confirmation hearings, betches. Ultimately, while lots of out-of-the-ordinary sh*t went down, it was our girl Kamala’s day.

If you weren’t paying attention to the first day of Kavanaugh’s confirmation hearings, here’s what you need to know. Trump’s Supreme Court nominee has the potential to tilt the court drastically to the right, jeopardizing important issues like women’s rights, health care, gay rights, and about a million other things. So these hearings are much more intense than normal, with protestors and Senate Dems doing their best to slow down the proceedings while Republicans keep rushing ahead. Here are four of the biggest takeaways from day two.

Kamala Harris (D-CA-GOAT) didn’t get a chance to question Kavanaugh until late in the proceedings, but holy sh*t did she come in swinging. “Can you think of any laws that give government the power to make decisions about the male body?” she asked the judge, who many suspect might help overturn Roe v. Wade if confirmed. In response, the Carpool Dad looked as uncomfortable as a f*ckboi when someone drops the word “relationship,” before admitting that he couldn’t think of any.

.@senkamalaharris asks Judge #Kavanaugh: "Can you think of any laws that give government the power to make decisions about the male body?" pic.twitter.com/HbmkmIzuJg

BUT THAT’S NOT ALL, FOLKS. Harris also got everyone talking when she pressed Kavanaugh, over the course of a nearly 8-minute exchange, about whether or not he’d ever discussed the Robert Mueller investigation with anyone at the law firm founded by President Trump’s personal lawyer. He couldn’t give a definitive answer, she implied that he was hiding critical information, and a million journalists’ Spidey senses began tingling.

CSPAN has posted the entire nearly 8-minute exchange between Kamala Harris and Kavanaugh on the Mueller probe. It is worth your time. pic.twitter.com/ezJVEuDeUK

Dozens of protestors got arrested on the first day of Kavanaugh’s hearings, and they showed no signs of letting up on Day 2. They continued to disrupt the proceedings, pleading with senators to vote no on the nominee, sometimes wearing handmaid’s outfits because of course. Meanwhile, in an interview with The Daily Caller, Trump said he thought it was “embarrassing for the country to allow protestors.” Uh, Donnie? Your dictator tendencies are showing.

When it came to questions about the limits of presidential power like, say, whether or not presidents could pardon themselves, Kavanaugh refused to answer directly. Not like this is super-relevant because we have a corrupt, totalitarian-leaning leader who’s been implicated in crimes but desperately wants to hold on to his office, right? Hold on — *checks notes* — this is one of the most important issues the Supreme Court might soon be ruling on? Cool cool. Still, at one point Kavanaugh did say “No one is above the law,” so I guess there’s that?

.@SenFeinstein asked a critical constitutional question: Can a sitting president be required to respond to a subpoena? @realDonaldTrump's Supreme Court nominee, Judge Kavanaugh, refused to give a straight answer.

That is incredibly troubling. pic.twitter.com/KczwfYZEEW

4. Everyone Got A Little Distracted

The political world’s laser focus on the hearing got more than a little disrupted late in the day, when The New York Times casually dropped this bombshell anonymous op-ed supposedly written by a senior staffer on the Trump team. We have reached full Gossip Girl, fam.

But to focus back on the hearings, Kavanaugh’s not confirmed yet. So pick up the phone and call your senators, because this is a f*cking lifetime appointment