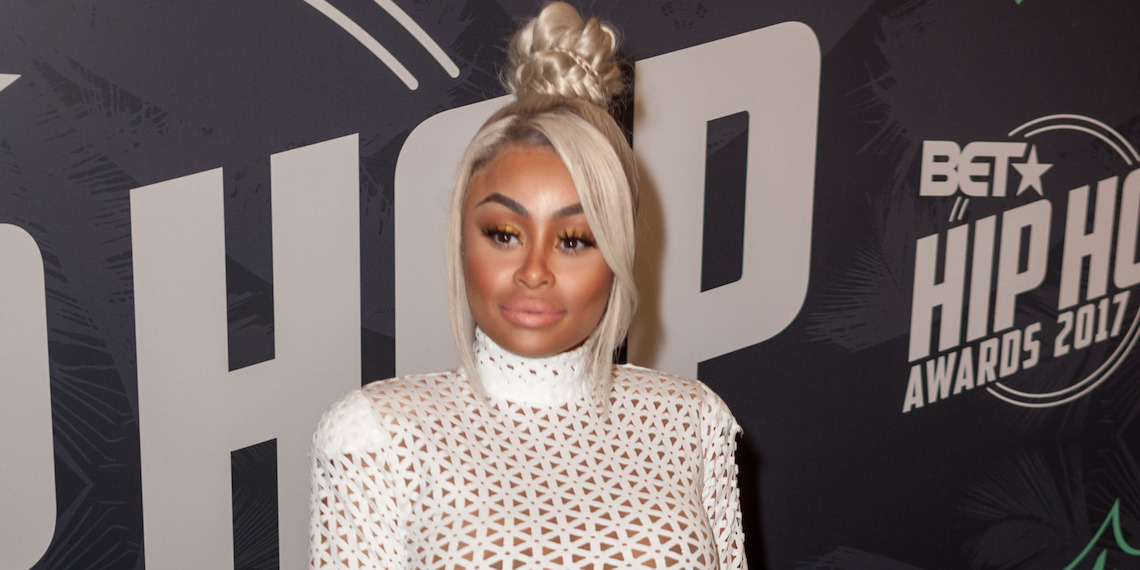 Blac Chyna Is Going To Harvard

Now that we’ve all had time to process the news that Kim Kardashian is going to be a lawyer, it’s time to keep the focus on education going. This time, the news is about one of my favorite former members of the Kardashian circle, Blac Chyna. It was just a few short years ago that Rob’s relationship with Blac Chyna fell apart, and her future has been kind of uncertain since then. There have been lawsuits, a custody battle, and more FashionNova #spon than I can wrap my head around, but Blac Chyna is finally turning a corner. This week, she announced that she’s going to Harvard. Okay, like, kind of.

Earlier this week, Blac Chyna was accepted to a Business Analytics course at Harvard Business School, which basically means she’s the next Elle Woods. In reality, the class is a lot less legit than it sounds. It’s an online course, so Chyna will be able to take her tests from the comfort of her own home, in between sponcon photoshoots. The class lasts eight weeks, and it’s apparently a total workload of 40 hours which is…like nothing? TMZ is trying to say that it’s a “substantial time investment,” but I’m not buying it. 40 hours over two months is only five hours a week, which is honestly less time than I spend trying to think of excuses to call out of work.

According to the official course description, here’s what Blac Chyna can expect to learn through the grueling class:

-Implement regression analysis and other analytical techniques in Excel.

I can’t wait to see Chyna put her survey-crafting skills to use with the new Insta Story quizzes! Basically, this class sounds like an extremely general intro to statistics, but really, “analyze relationships between variables” could mean pretty much anything. Blac Chyna told TMZ that “School is going to help take things up a couple of notches,” and I’m excited to see her make a chart of what those “couple of notches” look like.

After receiving the news about her (online) Harvard acceptance, Blac Chyna posted the following message to Instagram:

Growth is painful. Change is painful. But, nothing is as painful as being where you do not belong! #newbeginnings

I totally get where Blac Chyna is coming from when she talks about the hate she’s received in the media over the past few years. Being in the public eye isn’t easy, and she’s been through a lot. But she lost me at “Looking Back at A lot of my actions, I’m reflecting and realizing that confusion is a serious thing.” Um…what? This sounds like an extremely word-salady way of not taking responsibility for your actions. I just…ugh.

Really though, my least favorite part of this notes app manifesto is the whole “Blac Chyna doesn’t define Angela White” bullsh*t. There’s nothing more annoying than when famous people act like their alter egos are separate humans. Girl, you ARE Blac Chyna. I’m all about the positive energy, but this is too damn much.

In case you haven’t been keeping up with the latest news in the Blac Chyna Angela White Cinematic Universe, things haven’t been all great lately. Even though she and Rob finally settled their custody issues, Chyna is still facing some other legal problems. Just last week, she was sued by her former landlord, who says that she left the house five months before the end of her lease, and just stopped paying rent. She allegedly owes almost $50,000 in rent and fees, but I’m glad she’s using that money for an online class about surveys instead.

While writing this, I’ve been reintroduced to the thotty wonderland that is Blac Chyna’s Instagram, and boy is it a treat. Basically, 80% of her posts are FashionNova ads that look like they were taken in a warehouse, then put through 47 filters. But really, the best part is the nonsensical captions.

Act as if it was, and it will be!!! Besides the fact that this statement is inherently false, I really love it when Insta-thots put motivational captions on their thirst traps. Like, sure talk about chasing dreams while you’re squatting in a blazer-dress, sure. Here’s another one of my recent favorites:

Much like Blac Chyna, I also wish common sense was more common. Deep!

Blac Chyna’s Harvard class starts at the end of May, so I’m sure we can look forward to her incorporating business analytics into her Instagram thirst traps in new and exciting ways. Like, maybe she’ll be analyzing a spreadsheet while she sits on a swing, or something like that. Think this, but more technical:

This is the content I live for. I’m also really hoping that after Kim passes the bar (fingers crossed) she and Blac Chyna get a show together where they just wander around an office not knowing what to do. It’s what we deserve.