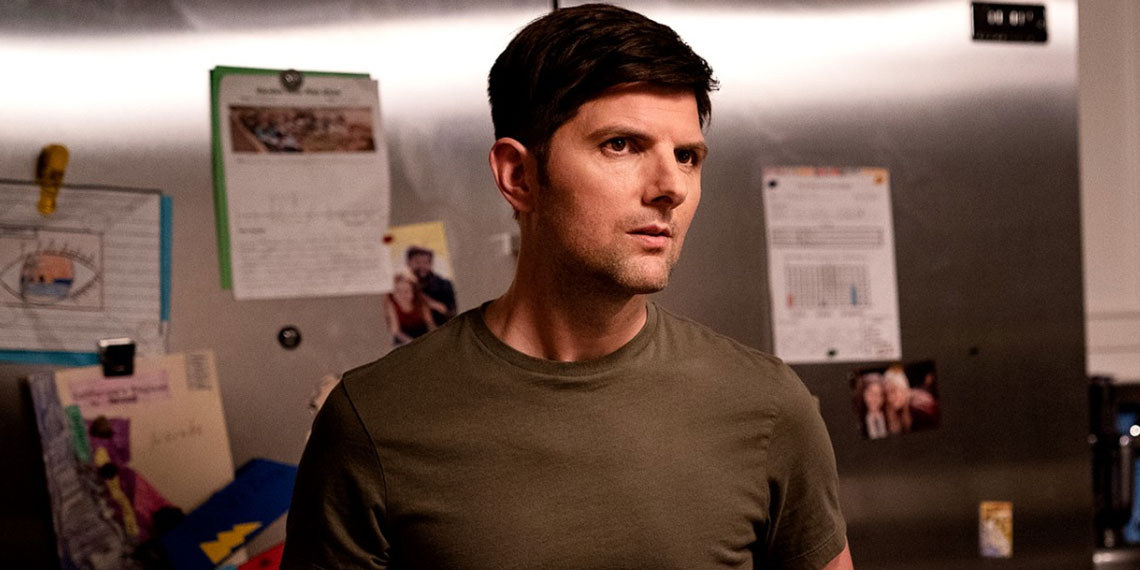 The show is starting, and Jane is giving us Worst Uber Driver Energy blasting music. Ah, it’s her “I might kill a man” playlist—a much needed one for 2019. Turns out, her 17-year-old lover was brought into questioning about Perry’s death. Apparently it’s now like Mean Girls, where the first one who cracks gets a deal and everyone else is f*cked. Now I guess she’s on crack.

Ah, a flashback to season one Celeste in this cop interview, back when she didn’t annoy me constantly. Looks like Mary Louise is watching these old tapes with the detective because I guess there’s nothing fun on local Monterey TV.

Wait, I thought her mom was killed last episode? I can’t hear her dad whispering because he’s truly talking under his breath in a way that would make me afraid to sit next to him on a subway, but I’m assuming it was something about him being awful.

Ed and Madeline are drinking wine and having cheese and crackers which seems like a normal, good step for them—the important part of any healing in a relationship is to be drunk, at least that’s what I think before getting dumped. Meanwhile, across the multi-million-dollar streets, Celeste is watching the ocean with her kids.

Madeline is thinking of telling Ed about the drama, for which Renata emotionally tried to slap some sense into her. I personally feel like Madeline is just ready to try and Olivia Pope her own life and save herself. Endorphins make people happy—and happy people don’t want to go to jail.

Speaking of endorphins, it seems like they’re not working for Bonnie because she is miserable. Ah, so she TRIED to kill her mom but didn’t work. Lifetime, where you at?

It’s the court hearing and The Good Wife fan in me is jumping out. I’m drinking pinot noir so I’m ready to object at any time. Wait, Celeste’s lawyer is not wearing her jacket. What’s happening!? She asked a question and immediately got shut down, which is very on brand for this lawyer. But yikes—Celeste is testifying and now it’s fair game to ask her anything. Nicole Kidman, do you think my hair looks sexy pushed back?

Bonnie asking her doctor if it’s okay to kill her mom is peak Season 2 of Big Little Lies. Renata is pensively angry in half a ball gown while firing her nanny/maid, which feels like super California. Juliet, we hardly knew ye.

Since when do you wear a wet suit… with gloves… to bodyboard? I guess they go great with her wet bangs.

Madeline is apologizing to Bonnie and Bonnie is still serving her hungover stare realness. I love that everyone is going to watch her testify—it’s basically like her one-woman show, but they all could wind up in jail. Feels like Chicago! F*ck this lawyer for mocking her abuse. And then getting her one night stand broadcasted in front of everyone. If I had to testify for every time I slept with someone whose name I didn’t know, I’d have a full on grand jury appearance. This was hard to watch. FULL GEOMETRY COMING IN WITH THESE STIMULATIONS OF PERRY’S DEATH. WHERE IS MS. MADEWELL JACKET TO OBJECT MORE THAN ONCE?

It’s insane that Celeste’s every move has been watched — like, what’s next, the detective is going to know what bike she was on at SoulCycle? I like get that it’s this private investigator’s job to do this, but honestly she is such a bitch. LET MY PRETTY RICH FRIENDS LIVE.

Ed meeting with Jess/Jenn/Josie and the Pussycats on a Starbucks date is one of the most depressing things I’ve ever seen. All of this is done over oat milk lattes and rent-a-shrink diagnosis about what cheating on your spouse who cheated on you can do. You so know this woman went to her manicurist and asked for red gels being like, “I need a dark color to try and steal a husband”. His standing desk infuriates me also for some reason. I think I’m 100% at a Big Little Lies boiling point.

Jane goes to Mary Louise and is ready to attack. This is why older woman should take up knitting or go to a communal home, they have too much free time on their hands.

I KNOW SHE’S NOT BUT I REALLY THOUGHT CELESTE WAS DRINKING SKINNY GIRL MARGARITA FOR A SECOND. GIVE US THE CROSSOVER. Yikes, it’s a drinking-from-the-bottle kind of night, aka a night you definitely shouldn’t have after being attacked at trial all day.

Looks like everyone is falling apart because Madeline is full-on dancing in a wedding dress. Ed telling Madeline she can’t wave a wand and fix things is kind of hysterical because exclusively Reese Witherspoon can wave me to do anything she’d like me to do.

Calling it now: Bonnie killes herself with a suicide note that fesses up to everything and leaves the other girls off the hook.

We’re going back to court, but before that, Celeste is filming a makeup tutorial. Hey guyz, I know a lot of you have been asking about my Chic Court Look.

Bonnie confesses to her mom… but not about Perry. She opens up about the awful childhood she had—it starts very Ten Things I Hate About You but turns into an awful, dark look into Bonnie’s life and how unhappy she is and then she finally confessed about killing him… in a public space. Like, where is the night nurse that is like “what the fuck did I just hear?”

UH, I SPOKE TOO SOON. JULIET IS BACK IN A BIG WAY. Turns out, she was sleeping with Renata’s husband and she’s getting $160,000 from it. Wow, I need to start sleeping with better people. Give Laura Dern THE GOD DAMN EMMY PLEASE.

Sidenote, can I make people rise for me when I enter into a room? Turns out Celeste is calling the SHOTS cause Ms. Madewell didn’t think of anything and she’s going full Ted Bundy going to court. DAMN THIS CLIFFHANGER. And yet again, we’re hooked.