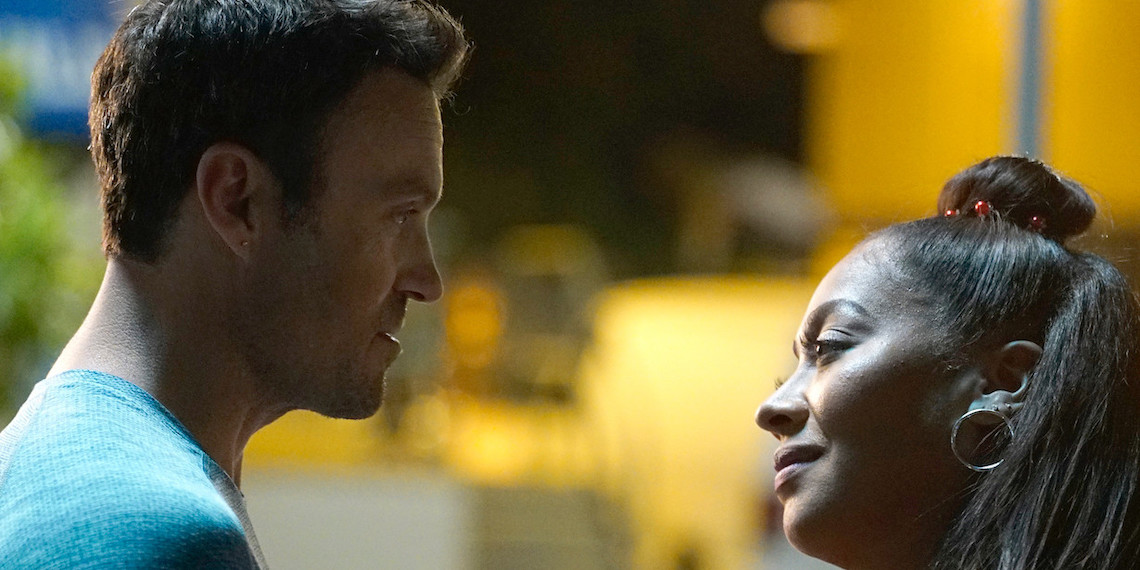 After the premiere of the 90210 reboot last week, I was left feeling disappointed and genuinely sad for Tori Spelling and the rest of the self-identified has-been cast. Frankly, it was a mess of a pilot. I needed a Powerpoint slideshow to help me keep track of the plot lines and an Anne-Hathaway-in-The-Devil-Wears-Prada level assistant to remember all the relationships.

Going into the second episode, I was harboring resentment that they somehow managed to get me to tune in, but within the first 10 minutes I was invested. What can I say? I’ve always been a sucker for the underdog, especially when the underdog was a child star. The fact that Tori Spelling needs this show financially is super evident, both in real life and on the show, and it’s oddly refreshing that she has no qualms about saying it.

The more times she brought up her dire financial situation, the more I connected with her, and at a particularly touching moment featuring her deadbeat husband, she opened up about needing this simply to prove to herself that she can do it. After several comments about living in her super-producer father’s shadow, I was completely on board. You’ve got this, bitch! You can do anything! Alexandria Ocasio-Cortez was a bartender just a year ago, you can do anything! Well, obviously not anything, but I mean you can probably get this reboot together.

The episode opens with Jennie Garth and Tori Spelling waiting to pitch their reboot idea to an overzealous Fox executive who mentions what a 90210 fan she was when she was a kid. It goes very well, and after almost no discussion the execs agree that it is in fact time for a reboot—a real reboot, Spelling specifies. The only stipulation being the entire cast needs to be on board. As we saw in the pilot, nobody is in a place to turn down a regular acting gig, but after the entire cast gets charged with public drunkenness, among other things, they’re less inclined to sign onto anything with Spelling. “See you in another 30 years!” Says a very dramatic Jason Priestley before the cast all leaves Tori standing desolate in the lobby of the Los Angeles Courthouse. Been there!

Obviously everyone’s going to sign on—they’re all depressed and poor, and as someone who’s depressed and poor, I guarantee you they’d all jump at the opportunity to earn steady money and those SAG rates are nothing to shake a stick at. Plus, collagen and botox are not free! Brian Austin Green decides he’s out of the reboot because he’s a “serious” actor now and he’s committed to doing movies! After he announces he’s apparently too good for Beverly Hills 90210 now, we see him poorly auditioning for what appears to be a terrible movie.

The audition sucks, and he knows it, but he miraculously gets the role because his Beyoncé-esque wife agrees to do a song for the soundtrack. He gets irrationally upset and storms into her dance rehearsal yelling and screaming that she doesn’t think he can do it all on his own, and like…he can’t do it all on his own so….get over it? Regardless, he ditches the movie and tells Tori over cocktails that he’s in for the reboot. A still-in-love-with-Brian, drooling Tori is thrilled.

Gabby, fresh off her first-ever girl kiss in the pilot, only agrees to do the reboot if her character Andrea is exploring her sexuality, a life-imitates-art thing that she shares with half the cast before her sweet old man of a husband. I am here for this Gabby-is-fluid-story line and she’s the best actress on the show, giving us a little taste of drama when she starts coming out to her husband in a teary monologue at the end.

Jason will only agree to the pilot if he’s made the director, and Tori, desperate for this reboot to happen, agrees. After Gabby gets him back in the good graces of the Screen Actor’s Guild, of which she’s president, both on the show and in real life, he goes home to tell his on-screen wife, played by Vanessa Lachey. She’s excited and agrees it’s the right move for him, especially with their baby on the way. Only it’s not his baby! You have to love the drama! Her baby’s father shows up at the house and she tells him never to come back, and he doesn’t…he instead pulls some strings and gets himself hired to write the reboot! You love to see it, where there’s a will, there’s a way, kids!

After Jason goes to the hospital for getting kicked in the balls by the same actor he punched in the pilot, he learns that he’s incapable of having children. In fact, he never was able to naturally conceive, as he’s informed by the doctors he inexplicably needs to see after a light ball kick. Ah, imagine having that kind of health insurance! As we wait for his breakdown moment, they decide not to give us too much in one episode, and he tells the doctor he’ll call him back which, as someone who consistently sweeps his problems under the rug, I totally connect with.

Ian Ziering’s still struggling with his wife’s infidelity from last week, and insists he’s not signing on to any contracts while he’s still married and could risk losing half of everything he makes. Half of very little is even less, after all. After planting some cameras in his house to get his cheating wife on video, he tells Tori he’s on board, under the condition she launches a line of skin products with him, which I don’t understand but whatever, it’s Beverly Hills.

Willing to do seemingly anything to get this reboot to happen, she agrees, and it seems she actually might’ve pulled everyone back together. Well, almost. Shannen Doherty is still saving wildlife and simply doesn’t have the time. We’re introduced to the idea that Shannen and Brian Austin Green are “secret best friends” when Green calls her to explain why he’s so mad at his superstar wife for being nice to him. As Shannen pulls netting off a distressed sea lion, she tells Brian to get over it, and then he presses her about the reboot. Naturally, we don’t get a clear answer before she has to hang up the phone to deal with the wild sea lion that she’s rescuing, all while using AirPods to chit chat oceanside.

Deciding to press on sans Shannen, Tori excitedly tells her co-creator, co-star, and best friend, Jennie Garth, that she’s got the gang all together. Jennie decides to crush Tori even more than life already has, saying she’s backing out because her daughter has filed for emancipation and she needs to focus on family. After spending the first half of the episode grappling with the divorce papers her third husband sent her, the idea of her only daughter essentially wanting a divorce as well is understandably upsetting. I mean, If I ever had a kid and they tried to divorce me I would pop off like the world had never seen. While they have a good relationship, Jennie’s daughter, Kyler, wants to be an actress, but Jennie simply won’t allow it! She even throws in a classic “NOT AS LONG AS YOU’RE UNDER MY ROOF” line. Also, if you’re naming your daughter Kyler, she’s going to want to be in show business…that’s like…a given. After a far-too-dramatic back and forth, they make an agreement that Kyler can become an actress like her mother but only if she’s in the 90210 reboot. Not a bad deal for a first job honestly. My first job was bagging groceries, but then again I’m not from Beverly Hills.

Throughout the episode, we see a creepy teenager taking photos of the cast paparazzi-style, and then at the end we see him applying online to be Brian Austin Green’s new assistant. You can find anything on Craigslist these days!  The only problem is that he’s not a paparazzi, he’s a psycho stalker, and he sends each cast member voodoo dolls of themselves cut up and covered in fake blood. Ah, to be a free-spirited, passionate teenager again.

At one point, Brian is talking about the movie his wife tries buying his way into and says “What is it? is it a comedy or a drama? I can’t tell.” I’m assuming this was intentional, because I have no idea what this show is? Comedy? Drama? Soap opera? The point is, I’m here for it, and now that there’s a psychotic teenage stalker involved I’ll be here until the end. See you next week, Spelling.