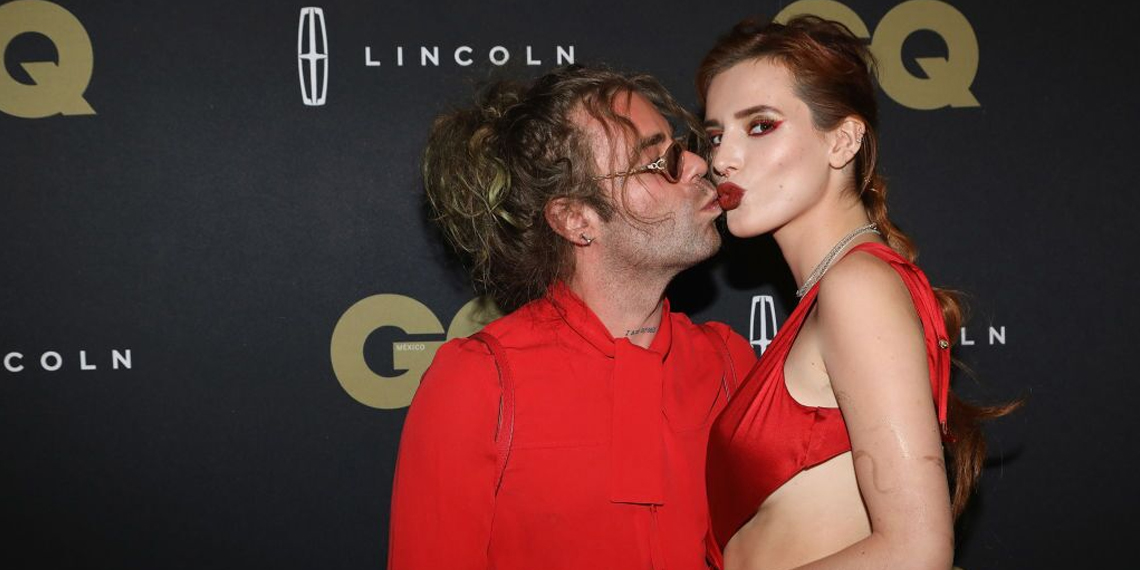 As you may have noticed from the abundance of candy and flowers passing you by while you sat quietly in your cubicle and tried not to burn this city to the ground, yesterday was Valentine’s Day. Just me? Whatever, I’m allergic to flowers anyway.

Never one to let an opportunity to prove her love pass her by, on Valentine’s Day, Bella Thorne posted a tribute to her boyfriend, Mod Sun, and it’s beautiful and he’s perfect and I can see why they’re in love. KIDDING. I actually looked at it and had many thoughts, number one being what the fuck? So, I’m here to break down this post for you and analyze its most batshit crazy elements. Spoiler alert: there are a lot.

Let’s start with Bella’s, because hers is a little easier to analyze. It appears that Bella saw an episode of Parks and Recreation, thought to herself, “This is what big girls wear to work,” and threw on her best button-down and business pants. Unfortunately the camera on Parks and Rec never quite pans low enough to capture the characters’ shoes. So Bella put on her highest stripper heels, said, “nailed it!” and walked out the door. Mod Sun’s outfit seems a little more conflicted, which makes total sense considering he got dressed while on bath salts. The pants look like they were stolen from Guy Fieri’s closet, and the shoes look like they were ripped from the feet of a middle school girl on her way to the bus. Do we think he gets his entire wardrobe from petty theft? And don’t even get me started on the scarf. Where’d ya find a pink rabbit to skin, Mod Sun?

Bella’s caption states that they have been “saying I love you since the first day we met.” Honey. The first day you met him, you should have thrown a pity dollar in his grimy guitar case and WALKED THE FUCK AWAY. You haven’t even been telling your mother you love her since the first day you met her, and you’ve decided that this dude who most definitely smells like a mixture of B.O. and weed was the person to start with? As our president would say: Sad!

What Bella should have said:

The final confusing element of this complicated and tragic puzzle we call an Instagram post is the emojis. I get the heart and the camera, but the tree and the baby are really calling to me here. Why choose a tree? Did they meet on his weed farm or are they just two people that appreciate nature while they’re high? What does it all mean? I also fully subscribe to the notion that you should not use a baby emoji unless you are actually having a baby. Which in this case could be true. The chances that a man in fire print pants knows how to use protection are slim to none. I’d also like to take this time to give an honorable mention to the location tag, “Falling In Love,” which is both nauseating and inconsistent (and also not a geographical place). Bella, you JUST said you’ve been telling Mod Sun you loved him since the day you met, and here you are months later, only now saying you’re falling in love? Which is it, hmm?

It looks like we’ll all be leaving here with more questions than we started with. You’re welcome. And for those of you who only came here because you thought Bella’s post would be half naked, I’ll kindly point you to her last Insta of the night and send you on your merry way.