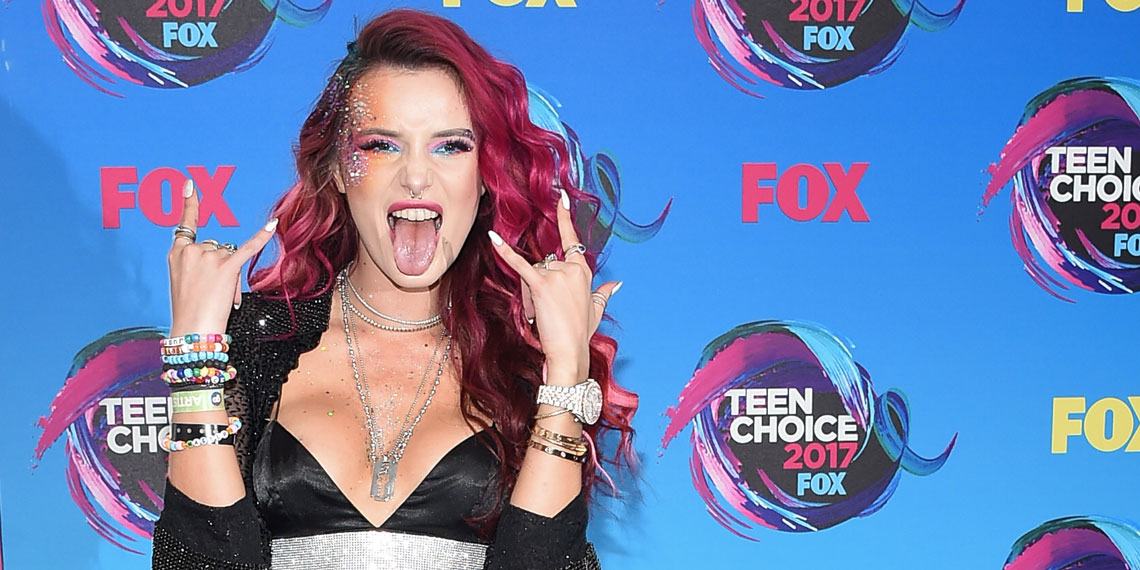 Bella Thorne Has A New Man Who Is Shockingly Hot

2019 has already been an incredibly tumultuous year in the personal life of Bella Thorne, and this roller coaster isn’t slowing down. A couple months ago, she and her girlfriend, YouTuber and professional thirst trap Tana Mongeau, split up, and she announced her breakup with Mod Sun just last week. If I had been through two tough breakups in less than three months, the only thing I’d be making out with would be a pint of Ben & Jerry’s, but Bella Thorne is a special creature. She’s already moved on with someone who’s way hotter than Mod Sun ever could be (even if he showered).

His name is Benjamin Mascolo, and he has all three of the most important traits: he’s hot AF, he’s Italian, and he’s a successful musician. On Wednesday, just two days after she announced her split from Mod, Bella Thorne was spotted at lunch with Benjamin. At the restaurant, they were seen kissing, and he was also caressing her leg. Homegirl moves fast, and I have mad respect for her game, considering my dating life trajectory is getting ghosted by a guy once every three years. Over the weekend, Bella was seen leaving her house with Benjamin, so they obviously weren’t just at a random lunch meeting.

Bella Thorne looks like she's turned a new page as she steps out with new friend Benjamin Mascolo https://t.co/RH7Cyadtdy pic.twitter.com/jofUw0zsx9

Benjamin Mascolo seems like an out-of-left-field choice for Bella Thorne, but I’m kind of loving it. He’s 25, and when I say he’s Italian, I don’t mean he lives in New Jersey and has a mom who knows how to make spaghetti sauce. I mean he’s like…really from Italy. He’s part of the musical duo Benji & Fede, which is apparently very popular in Italy. I listened to some of their music, and while I can’t understand any of the lyrics, their number-one song on Spotify is called “Moscow Mule,” so they have my immediate stamp of approval.

Both Benjamin and his musical partner Federico look like the kind of men who would absolutely ruin my life, but I’d be fine with it.

I mean…both of these men can f*ck me up, no questions asked. For Bella Thorne’s sake, though, I hope that Benji is a nice, upstanding gentleman who will always promptly respond to all of her texts. Mostly, I just really want to know how these two even met in the first place. Benji & Fede are big stars in Italy, but they really haven’t crossed over into the US at all. I mean, they don’t even have a Wikipedia page in English. Maybe Benji slid into Bella’s DMs from across the pond, and if so, I’d love if he could do the same for me.

So will this just be a momentary fling for Bella Thorne, much like her brief “friendship” with Scott Disick? Or will she spend the next two years of her life posting grungy bathroom selfies with Benji? Only time will tell, and obviously I’ll be watching every step of the way. Whatever happens, I’m sure there will be some good stories that Bella can use for her next book of poems.