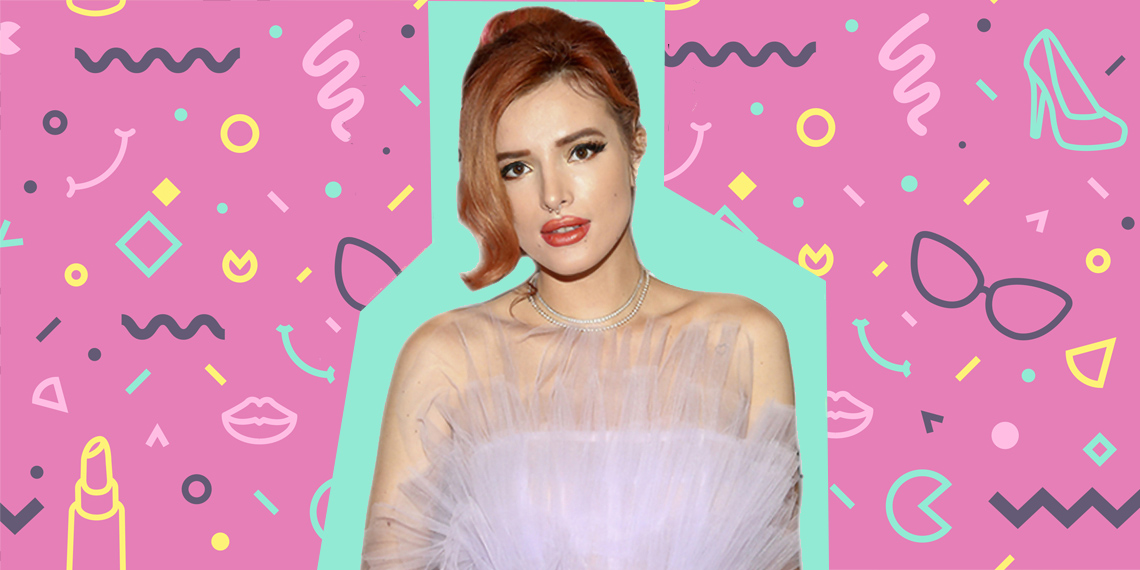 Kylie Jenner? Overrated. Rihanna? I don’t know her. There’s a new makeup guru in town, and it’s one of the last people you’d ever expect. That’s right, our girl Bella Thorne is coming for Kylie Jenner’s empire. Details are still very scarce, but Bella said it herself on Instagram, so it has to be true. (Also, multiple outlets are confirming Bella Thorne’s makeup line is happening, so if you need me I’ll be huddled in a corner clutching my Colourpop for dear life.) It had never occurred to me that Bella Thorne would go down the beauty route, considering that she famously doesn’t shower like, ever, but I guess she can do anything she puts her mind to.

In the past few years, it’s become a growing trend for celebrities to come out with their own branded makeup lines. Product lines are nothing new, but makeup is an intense game. Kylie Jenner is the biggest name in celeb makeup obviously, but since she debuted her lip kits, stars like Rihanna and her half-sister Kim Kardashian have thrown their hats in the ring too. Now, Lindsay Lohan and Kourtney Kardashian are working on their own collections, and there are even rumors that Serena Williams could be moving in that direction. But none of that matters, because Bella Thorne will obviously take over the world with whatever she ends up doing.

Bella’s Instagram is one of our favorite things about the internet, and this whole Bella Thorne’s makeup line thing started when she posted a typical grainy selfie. She was wearing some dark pink lipstick in the photo, and tbh her lips look kind of chapped. But her thirsty fans still asked her about the lip color—which kind of looks like my lips’ natural color when I’m hungover, but whatever—and she responded saying it’s from her upcoming makeup line. And thus, the legend of Bella Thorne’s makeup line was born.

At this point, we have no actual details, but there’s no reason to think that Bella wouldn’t try this. She’s pretty busy right now, with her teen romance movie Midnight Sun coming out this month, and her music video for “Bitch I’m Bella Thorne” still supposedly dropping any day now, but no doubt she can make time for lipstick meetings. If Kylie can do it while taking 7,000 snap stories of herself in her Lamborghini, Bella can definitely make it work. To be honest, she could just put her name on a finger-painting kit and her fans probably wouldn’t even know the difference. The quality! The pigmentation! The price point! I can imagine the YouTube reviews already.

So stay tuned for all the tragic details of Bella Thorne’s makeup line, because obviously the release date will be treated like a national holiday, at least here at Betches. Now you can go back to using Maybelline or whatever the fuck basic brand until you can get your hands on Bella’s.